Austria will host Northern Ireland at the Ernst Happel Stadion in Leopoldstadt, Vienna following a narrow 1-0 defeat to Bosnia and Herzegovina in the UEFA Nations League Group B/3 opener.

After failing to qualify for the World Cup in Russia, Das Team have drastically raised their game, having won five consecutive friendly matches, including the one against Germany, where they’ve come back from behind to defeat the 2014 World Cup winners. However, a 3-0 loss to Brazil has ended their impressive run, as the Selecao outclassed the Europeans in all segments of the game. Still, Unsere Burschen managed to return to winning ways swiftly by sweeping Sweden aside with a 2-0 victory in a friendly duel.

On the other hand, the Green and White Army failed to book their ticket to Russia following a 1-0 aggregate failure to Switzerland in the UEFA two-legged play-offs. Additionally, Michael O’Neill’s side only registered one triumph in the previous four matches, while suffering two defeats and playing out one draw in the process. Although Norn Iron managed to bounce back from a 3-1 loss to Bosnia and Herzegovina in the UEFA Nations League and beat Israel 3-0 in a friendly match, the encounter with Austria will be a much more difficult task for the UK-based team.

Franco Foda won’t be able to count on David Alaba who has suffered a hamstring injury while playing for Bayern Munich against Borussia Monchengladbach. As for the visitors, Gareth McAuley and Conor Washington won’t be available for undisclosed reasons, while Aaron Hughes and Tom Flanagan returned to the national team. 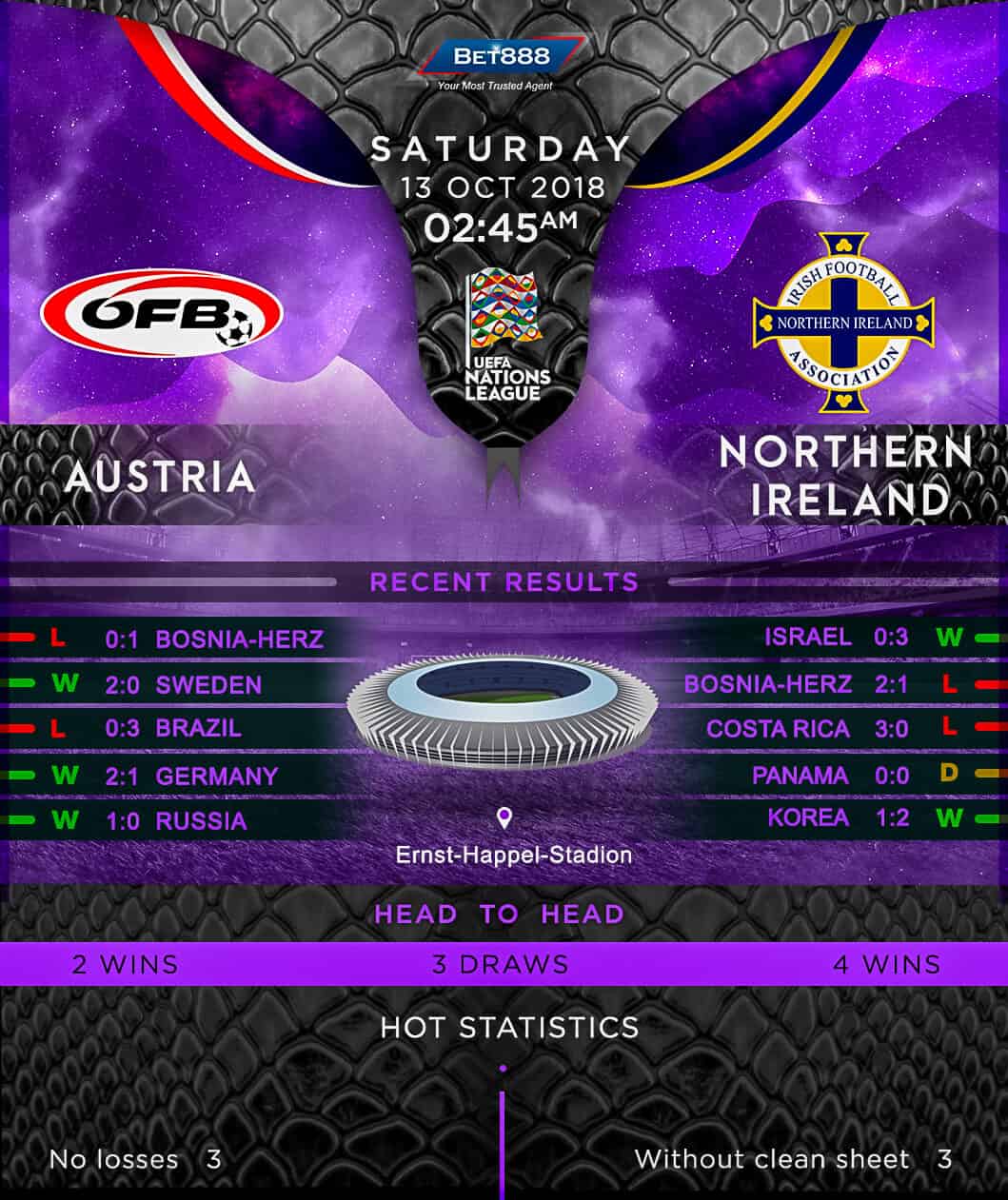