After the unsuccessful qualifying campaign, Austria notably raised their game, achieving five consecutive victories, including a 2-1 win over Germany last week, and in a great atmosphere, they are set to host Brazil at the Ernst Happel Stadium in Vienna, looking to prolong a positive spell. Das Team won’t participate in the World Cup in Russia, but it didn’t stop the rampant Franco Foda’s team to twelve goals in the previous five matches. As for Brazil, they’ve confirmed their quality during the qualifiers, finishing top of the CONMEBOL qualifying group with only one defeat in a total of eighteen games. After the qualification period, the Seleção faced off four European teams, securing three wins in the process without conceding a single goal; the last two of them against Croatia and Germany. Ever since Tite took charge of the most successful South American national team, Brazil started to demonstrate all of their immense potential, suffering just one defeat in more than two years.

After showing what they are capable of, Austria will once again enter the encounter at full strength, while Neymar who scored a goal against Croatia after coming back from long-lasting injury might start from the first minute for the visitors alongside the likes of Douglas Costa and Coutinho. 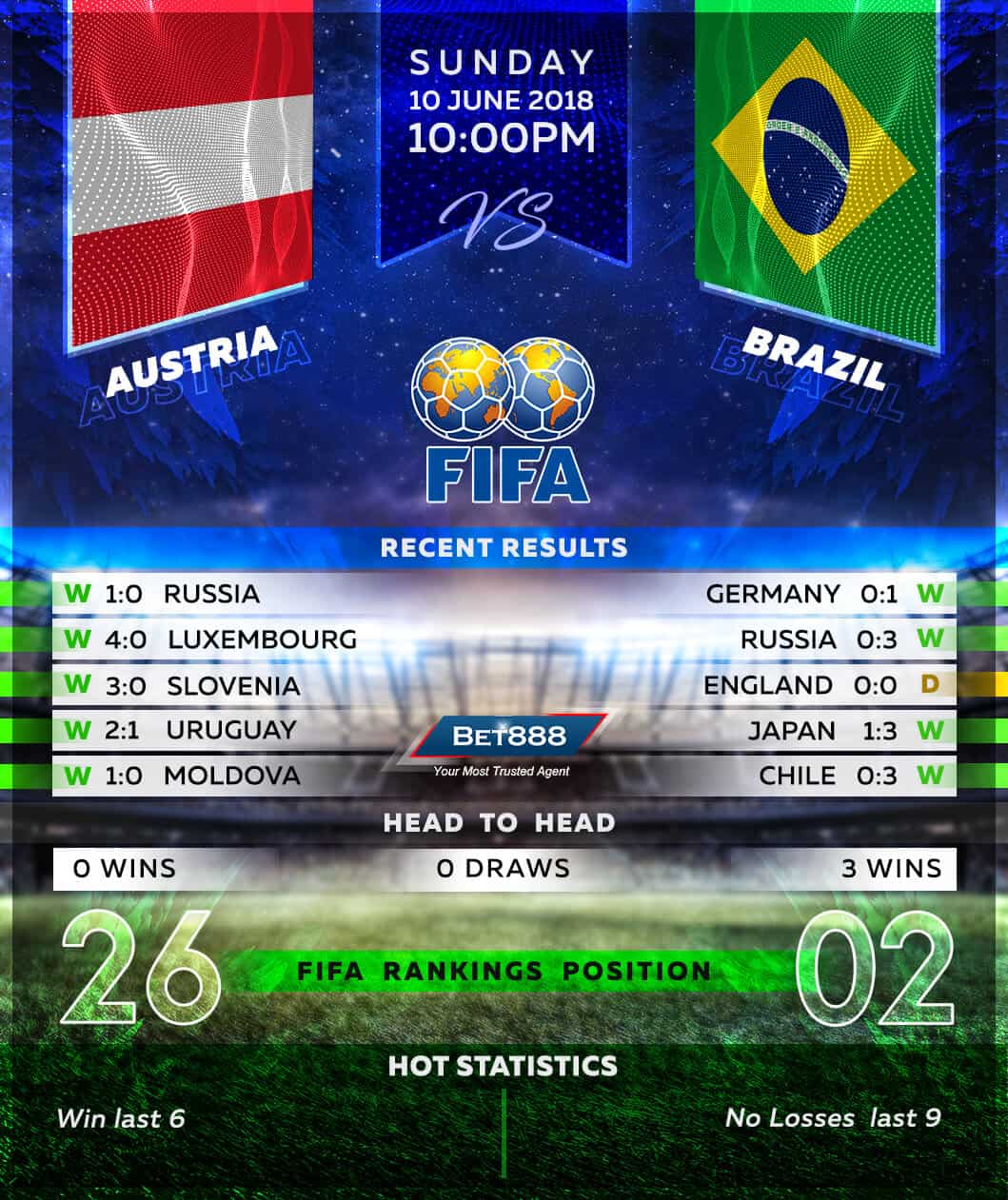