The UEFA Nations League encounter between Austria and Bosnia and Herzegovina that shall take place at the Ernst Happel Stadion in Vienna will see the visitors looking to extend an impressive 8-game lossless run across all competitions.

Although both sides had failed to qualify for the World Cup in Russia, they have shown some exceptional performances over the past few months.

Das Team have featured in nine matches this year, having secured six wins while losing three times in the process. Before a 3-0 loss to Brazil, the Burschen have clinched four successive triumphs, including the one over Germany, on the eve of the final tournament. However, Franco Foda’s players have slow down a bit in the past five matches, having registered three defeats in that period. But, although they’ve started their UEFA Nations League adventure with a narrow 1-0 failure against Bosnia, Austria have managed to bounce back and wrap up a 1-0 victory over Northern Ireland.

On the other hand, with a record of three wins and a +4 goal difference, the Dragons currently top Group B/3, as the only team with maximum points. Not only the Golden Lilies outplayed Austria, but they’ve also crashed Northern Ireland in both legs, having allowed just one goal in the process. Moreover, Robert Prosinecki’s players have kept a clean sheet six times in the past eight matches, while the last time they allowed more than one goal dates back to 2017. However, Bosnia and Herzegovina’s main problem relates to their attacking displays, as they’ve failed to find the back of the net three times in the past seven meetings.

Bosnia and Herzegovian roster in full: 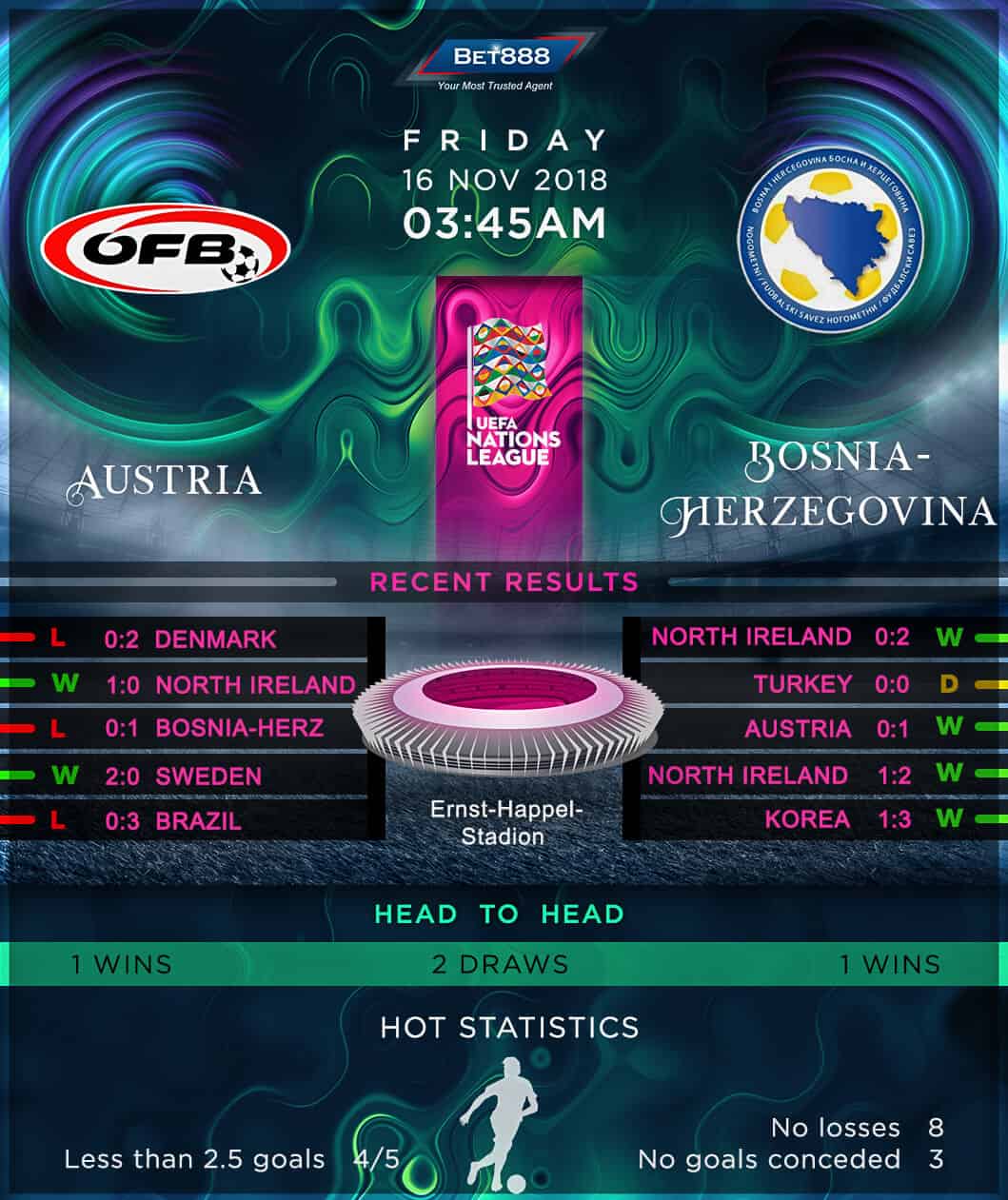