At the Fisht Olympic Stadium in Sochi, Australia and Peru will face off against in each in the third round of the group stage, in a match that won’t influence Peru’s position on the table, considering that the South American already lost any chances of going past the group stage. As for the Socceroos, they have managed to raise their game after a 2-1 defeat to France, securing a draw against Denmark although they could have walked away with all three points, especially looking at their performance in the second half. With one point and a -1 goal difference, Bert van Marwijk’s team still has a mathematical possibility to advance to the knockout stage, but they need to beat La Blanquirroja by a two-margin, while Les Bleus have to defeat the Danish Dynamite at the same time. On the other hand, following two matches in which they have failed to score a goal, recording two defeats in the process, Peru became the first South American team to lose all chances of reaching the round of 16. However, Ricardo Gareca’s side showed some glimpses of their potential, principally against France, which is why Australia will have to fight tooth and nail if looking to secure their second ever knockout stage appearance.

Both managers will have all of their players fit and ready for the encounter, except for Andrew Nabbout, who should remain on the stands after picking up a shoulder injury. 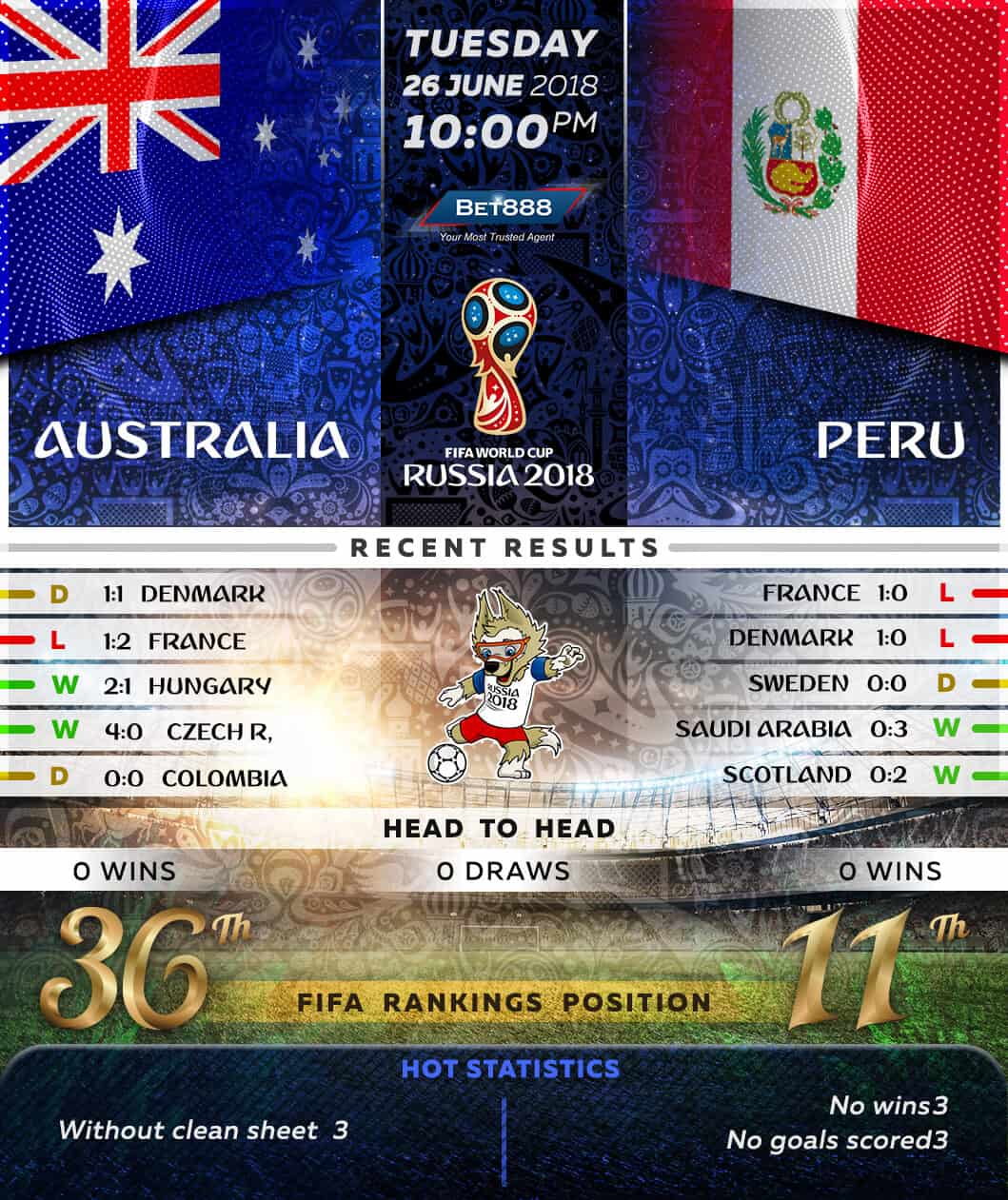