Augsburg and Wolfsburg will face-off at the WWK Arena in contrasting circumstances. While the visitors won four out of last five Bundesliga meetings, the hosts have failed to wrap up all three points in their previous seven league outings.

Not only Augsburg failed to secure a victory in the past seven league encounters, but they’ve lost four of them. Furthermore, the Fuggerstädter have conceded at least one goal in all of their last eight Bundesliga clashes, allowing a minimum of two goals per match four times in the process. Also, Augsburg have struggled to get a win at home in their last four games (D3, L1), remaining the only team that is yet to secure two home triumphs this campaign (W1, D4, L2). Augsburg’s defensive frailties have seen the concede at least one goal in six out of their seven home matches, as they’ve failed to keep a clean sheet in their last three local games. However, Manuel Baum’s men have avoided failure two times in a row ahead of this meeting, playing out a pair of draws with Schalke 04 and Hertha Berlin.

On the other hand, a promising form in the last four weeks has seen Wolfsburg climbing up the table, as they currently sit sixth with a three-point deficit to the Champions League promotion zone. The visitors come into this encounter following a 2-0 win over Stuttgart, which was their second consecutive triumph after beating Nurnberg with the identical scoreline. What’s more, the Wolves have won three out of their last four away meetings, scoring at least two goals per match in each triumph. Having kept a clean sheet on 43% on their road trips, while conceding just six goals in seven away clashes, Wolfsburg hold the best defensive record in the German top flight at the minute. 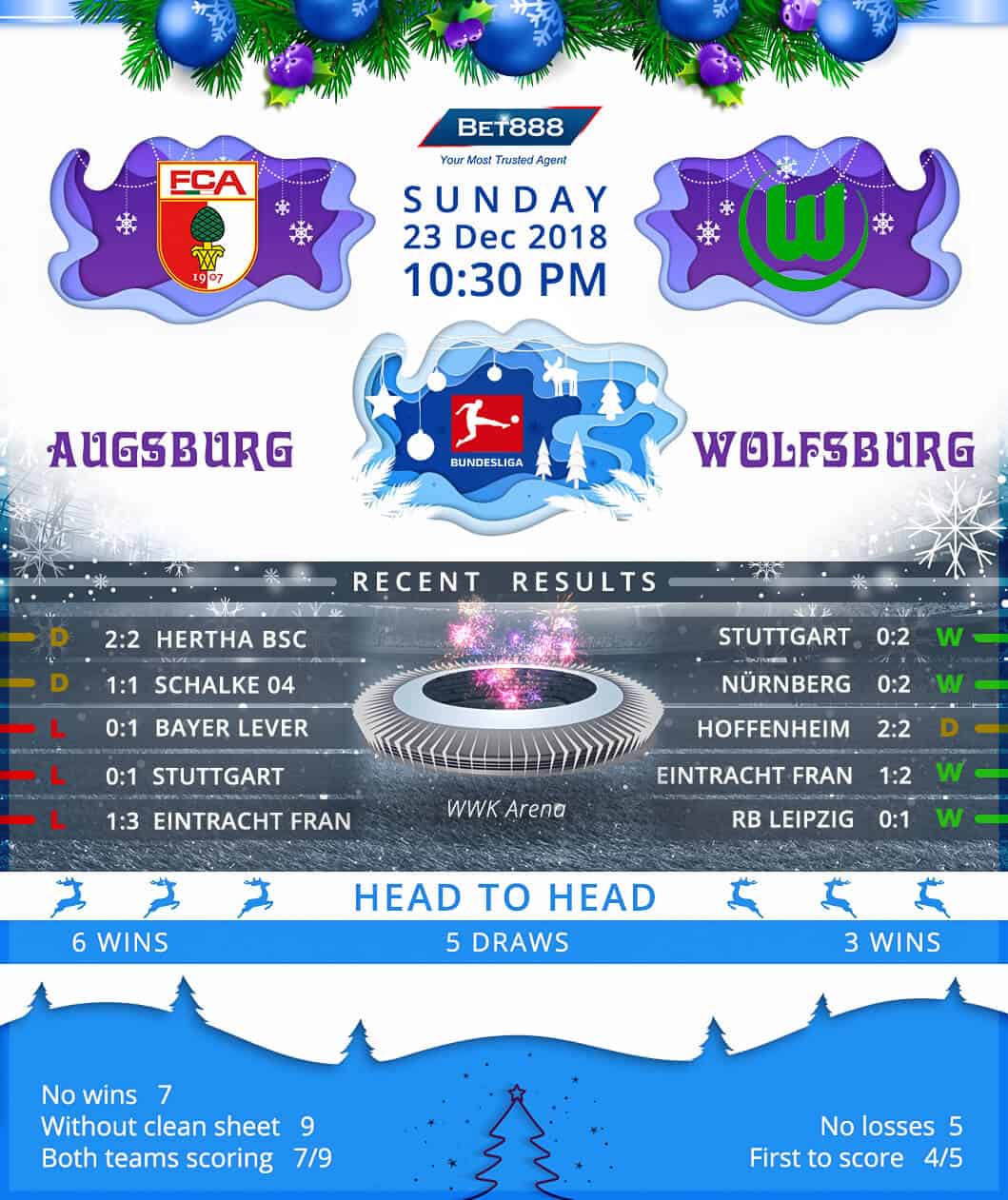