With just one victory in last five Bundesliga matches Augsburg’s chances of reaching the Europa League promotion spot have dropped notably, and a game against Schalke at the WWK Arena might be their last opportunity to close the gap on RB Leipzig and Eintracht Frankfurt. The Fuggerstädter have lost four out of previous five encounters at home achieving only one win over Mainz, while the Miners won three consecutive away games prior a 3-2 loss to HSV and a 2-2 draw with Koln. Domenico Tedesco’s plan of playing in the Champions League with Schalke is going smooth, as they currently have a six-point lead over Bayer Leverkusen comfortably sitting in the second place, and a potential victory over Augsburg might be decisive in securing the Champions League promotion spot. On the other hand, Manuel Baum’s side are experiencing a turbulent period with only two wins in last ten league matches, mainly because of an injury suffered by Alfred Finnbogason, who has returned to full fitness and will probably start the game from the first minute.

Raphael Framberger, Kilian Jakob, and Ja-Cheol Koo are all struggling with injuries and won’t be at Baum’s disposal, while Marcel Heller has to skip the encounter after picking up a red card against Hertha last weekend. Matija Nastasic, Breel Embolo, and Abdul Rahman Baba are ruled out with injuries, while Nabil Bentaleb won’t be in the squad due to a red card suspension. 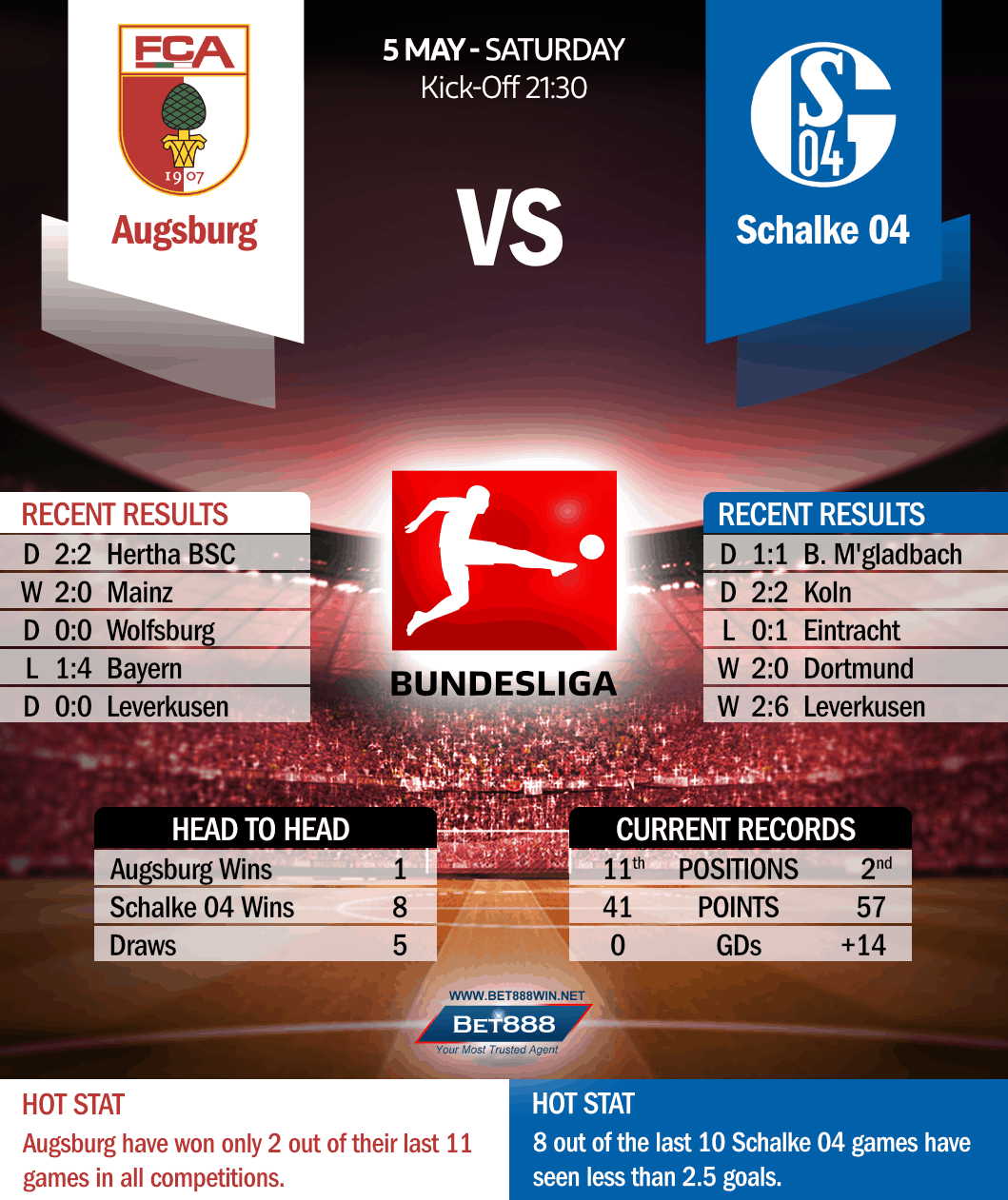