Augsburg are set to host Mainz 05 at the WWK Arena in the DFB Pokal round of 32 following a 2-1 win over Steinbach Haiger in the previous round.

With a record of three wins, three draws, and three losses, the Fuggerstädter currently sit in the 9th place in the Bundesliga. Manuel Baum’s players have featured in four home games this season, having secured one triumph while suffering one defeat and being held to two draws. However, Augsburg’s principal problem this year concerns their defensive displays, as they’ve failed to keep a clean sheet in eight out of a total of nine encounters. On the other hand, apart from a 0-0 draw with RB Leipzig, Augsburg have notched at least one goal in all remaining meetings, with 67% of their matches ending with three or more goals.

As for the visitors, they have failed to clinch three points in the past six Bundesliga matches, having suffered four defeats in the process, as Rouven Schroder desperately hopes to see his players ending a disastrous streak. Moreover, before a 2-1 loss to Bayern Munich last weekend, Karnevalsverein have struggled to find the back of the net in five competitive encounters in a row. With just five goals scored this season, Mainz currently share the worst goal scoring record with Schalke. Moreover, they’ve failed to score on the road three times in four matches, and with 75% they are the worst-attacking away side along with Nurnberg. 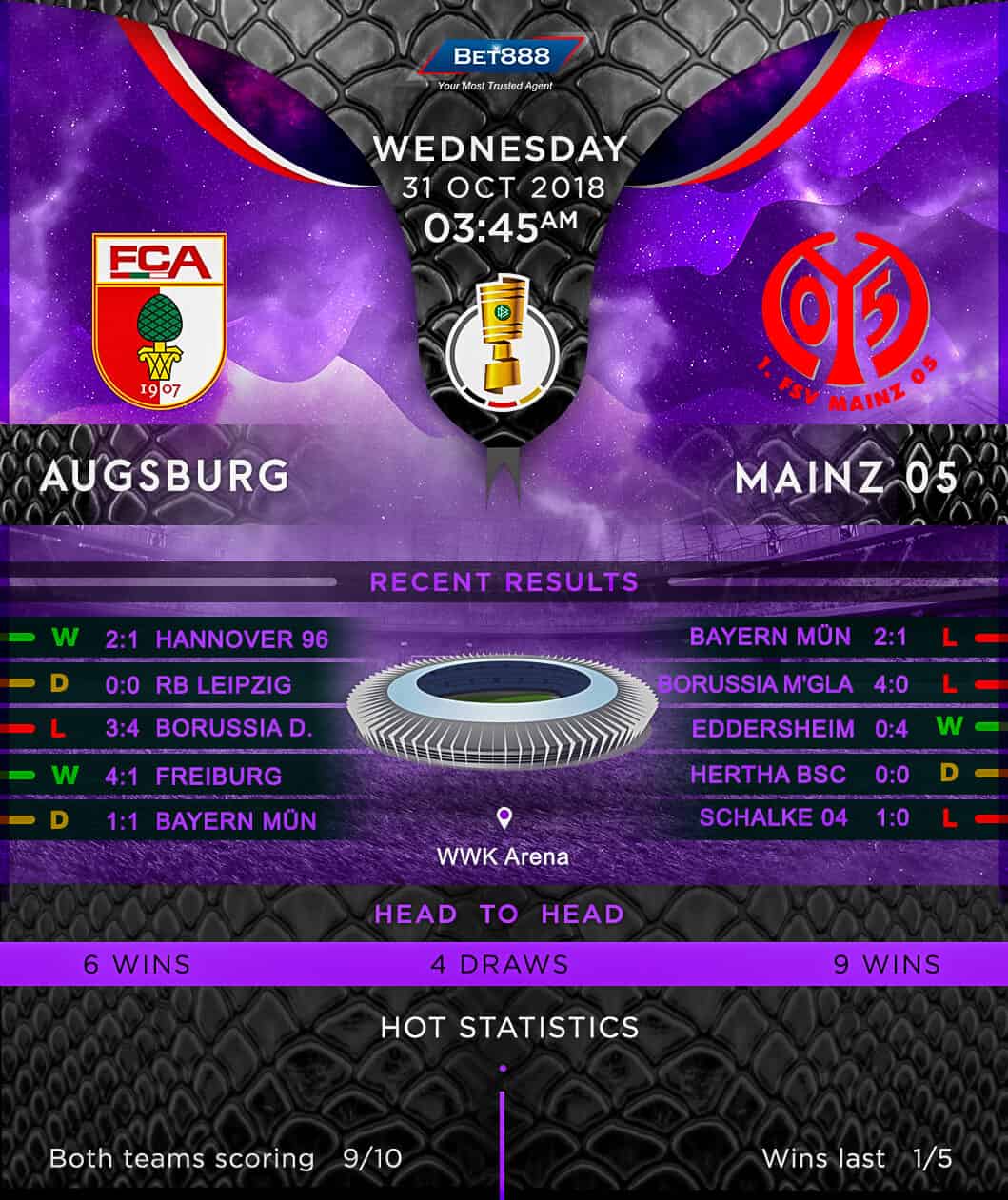