Spain’s capital Madrid comes under the spotlight as its two greatest football clubs, Atletico Madrid and Real Madrid, go head-to-head in a mammoth La Liga fixture at the Metropolitano Stadium.

Atletico Madrid found themselves on the wrong end of a 2-0 scoreline away to Bayer Leverkusen in midweek Champions League action as their four-match unbeaten streak across all competitions went out of the window (W3, D1). It was the first time in five competitive outings that ‘Los Colchoneros’ had suffered a defeat or conceded more than once, pressuring themselves to bounce back against arch-rivals. That could prove easier said than done, considering Diego Simeone’s men are winless in six of their last seven La Liga home clashes against Real (D4, L2). But since their solitary success in that seven-game sequence came in their most recent H2H here, ‘Los Rojiblancos’ can win back-to-back league meetings with their cross-town rivals for the first time since February 2015.

Keen to prevent that from happening, visiting Real Madrid head into this showdown on the back of a 2-0 Champions League beating of RB Leipzig. Carlo Ancelotti’s men have enjoyed an outrageous 2022/23 start, winning all eight competitive matches, including five in La Liga via an aggregate score of 15-5. As the only side in Europe’s top-five leagues to boast a 100% win ratio in domestic proceedings this term, ‘Los Merengues’ will be out to register a perfect seven-game start to a new La Liga campaign for the first time since 1987/88. Despite losing standout striker Karim Benzema to injury, the reigning Spanish champions have netted 2+ goals in four consecutive away outings across all competitions. They’ve failed to achieve that feat in any of their last three league visits to Atletico (D2, L1). 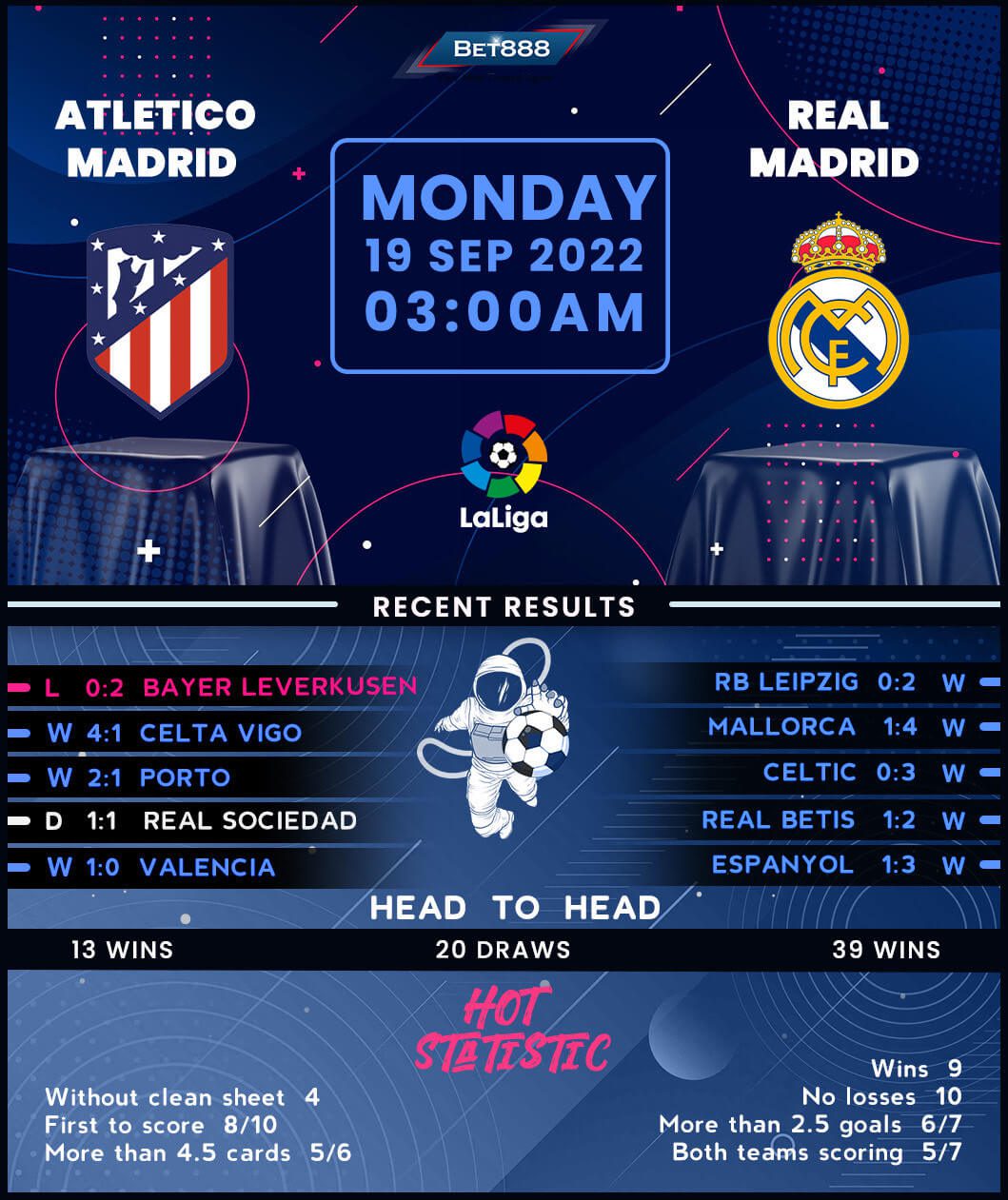