Atletico Madrid will face off Eibar at the Wanda Metropolitano Stadium in the final match of the season following an outstanding 3-0 victory over Marseille in the Europa League final, in which they’ve outplayed the French side in all aspects of the game. Los Colchoneros have once again demonstrated they have one of the best defensive lines in Europe, as they’ve only conceded 20 goals in the entire La Liga campaign, just six of them at home, which is the main reason they’re comfortably residing in the second place on the table. Although Eibar seemed to be the candidates for the relegation, they’ve been outstanding for the majority of the season cementing their place in the Spanish top flight for another year almost two months ago primarily thanks to great teamwork and fearless performance against some of the best La Liga clubs. However, both sides are going through a rough period, as Atletico lost two out of their previous five league matches, while the Gunsmiths lost two consecutive games on the road before achieving two victories over Girona and Espanyol.

Diego Simeone has his entire squad fit and ready for the encounter except for Vitolo, who has some minor muscular problems and might remain on the sidelines. Pedro Leon has sustained an ankle injury and will probably skip the match as well as Sergio Enrich and Fran Rico who are at risk after suffering knee injuries. 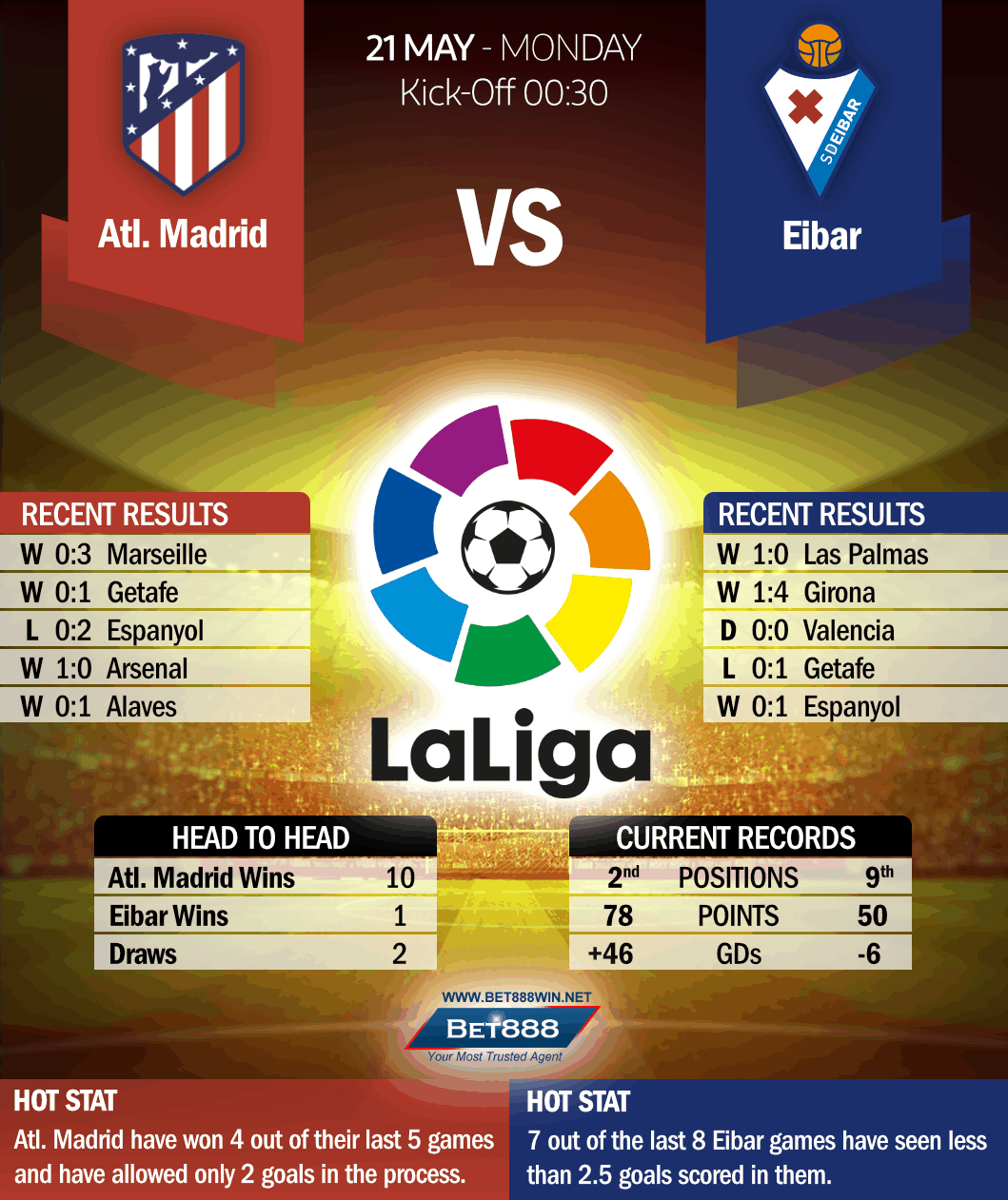