After a routine 4-0 victory over the lower-league outfit Sant Andreu in Copa del Rey, Atletico Madrid will welcome Deportivo Alaves to the Estadio Wanda Metropolitano looking to score two goals against the stubborn visitors for the first time since 1998.

Winless in their last two La Liga clashes, Atletico Madrid will look to start a new winning cycle in front of the home fans, as they desperately need all three points to keep up the pace with Barcelona and Sevilla. Having lost just one out of their opening 14 league matches, Los Colchoneros have already played out seven draws so far while securing only six triumphs in the process. A 1-1 draw with Barcelona a fortnight ago has brought Atletico’s four-game home winning run to an end, which also was the fourth time they have conceded a goal in Madrid this season. Still, with their tally of just ten goals conceded ahead of this round, Los Rojiblancos have the best defensive record in the Spanish top flight.

On the other hand, the visitors have emerged as one of the biggest sensations in La Liga this year, sitting fourth with a record of seven wins, three draws, and four losses. However, the Babazorros have slowed down a bit in the last four La Liga fixtures, collecting just four points in the run. Furthermore, Abelardo’s men have suffered two consecutive league defeats on the road to Eibar and Leganes, as they reside the only team to avoid a draw on the road (W4, L3). Alaves’ problem in this match could be the fact they have failed to keep a clean sheet five times in their last six competitive encounters away from home. 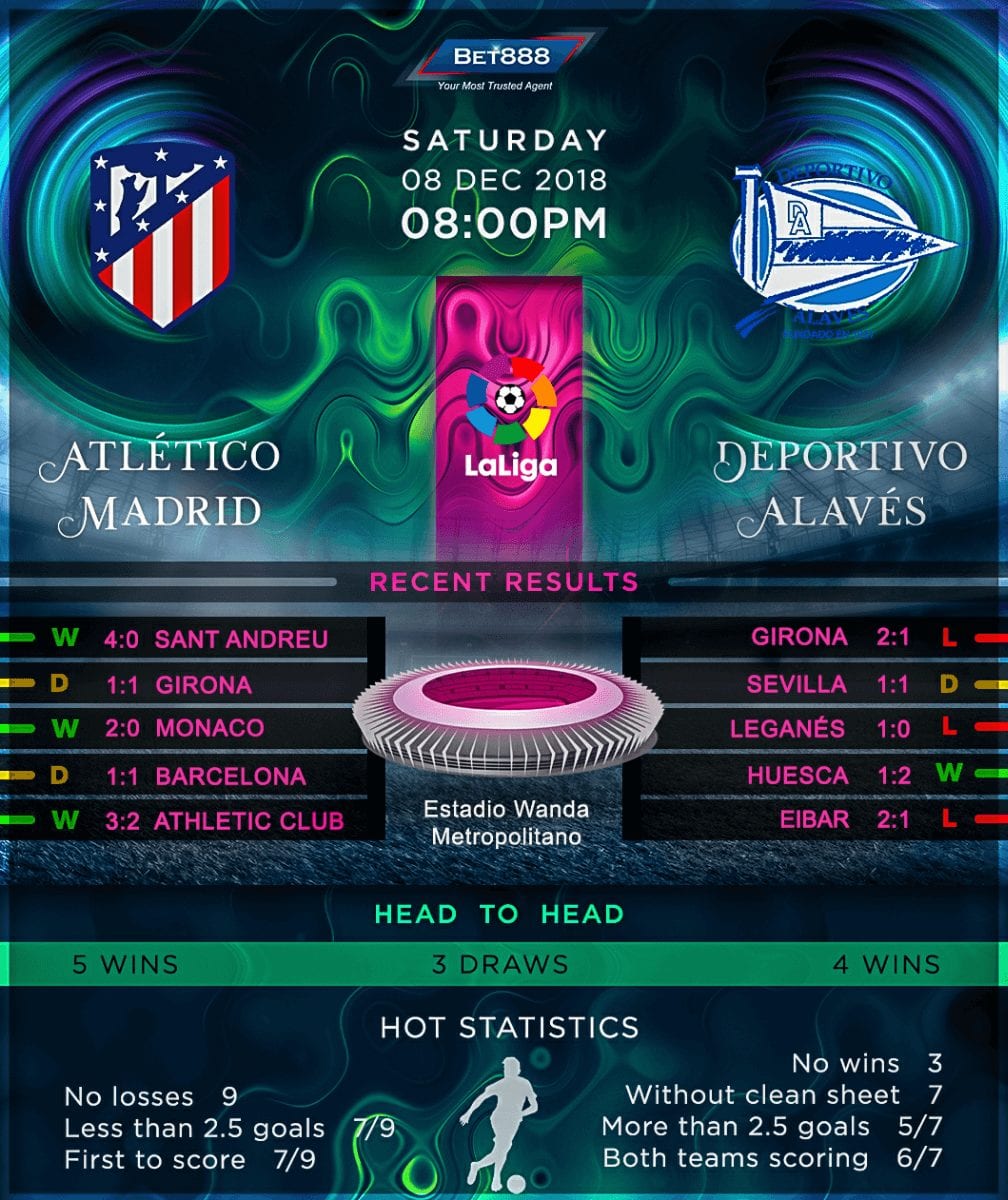