Atletico Madrid will host Borussia Dortmund at the Estadio Wanda Metropolitano, as the visitors look to achieve a positive outcome that would guarantee them a place among the 16 best teams in the Champions League.

Los Colchoneros have started their Champions League journey with a 2-1 triumph over AS Monaco in France, after which they comfortably outplayed Club Brugge at home. However, Los Rojiblancos miserably failed in Germany in the previous fixture, as Diego Simeone hopes to see his players bouncing back instantly. In the meantime, Atletico played out a 1-1 draw with Leganes in La Liga last weekend, which only further confirmed they are not going through the best of times. The Madrid giants have won just two out of last five matches across all competitions, having conceded six goals in the process.

The current leaders of Group A have clinched all three wins, having outclassed Los Colchoneros by four goals to nil at Signal Iduna Park a fortnight ago. The Black and Yellows have barely managed to defeat Brugge on the opening matchday, after which they’ve hammered Monaco 3-0 at home. Furthermore, the BVB are just one of two sides in the Champions League that are yet to concede a goal along with Juventus. On the other hand, with ten goals scored, the Bundesliga heavyweights have the 3rd-best goalscoring record in the most prestigious club competition in Europe. 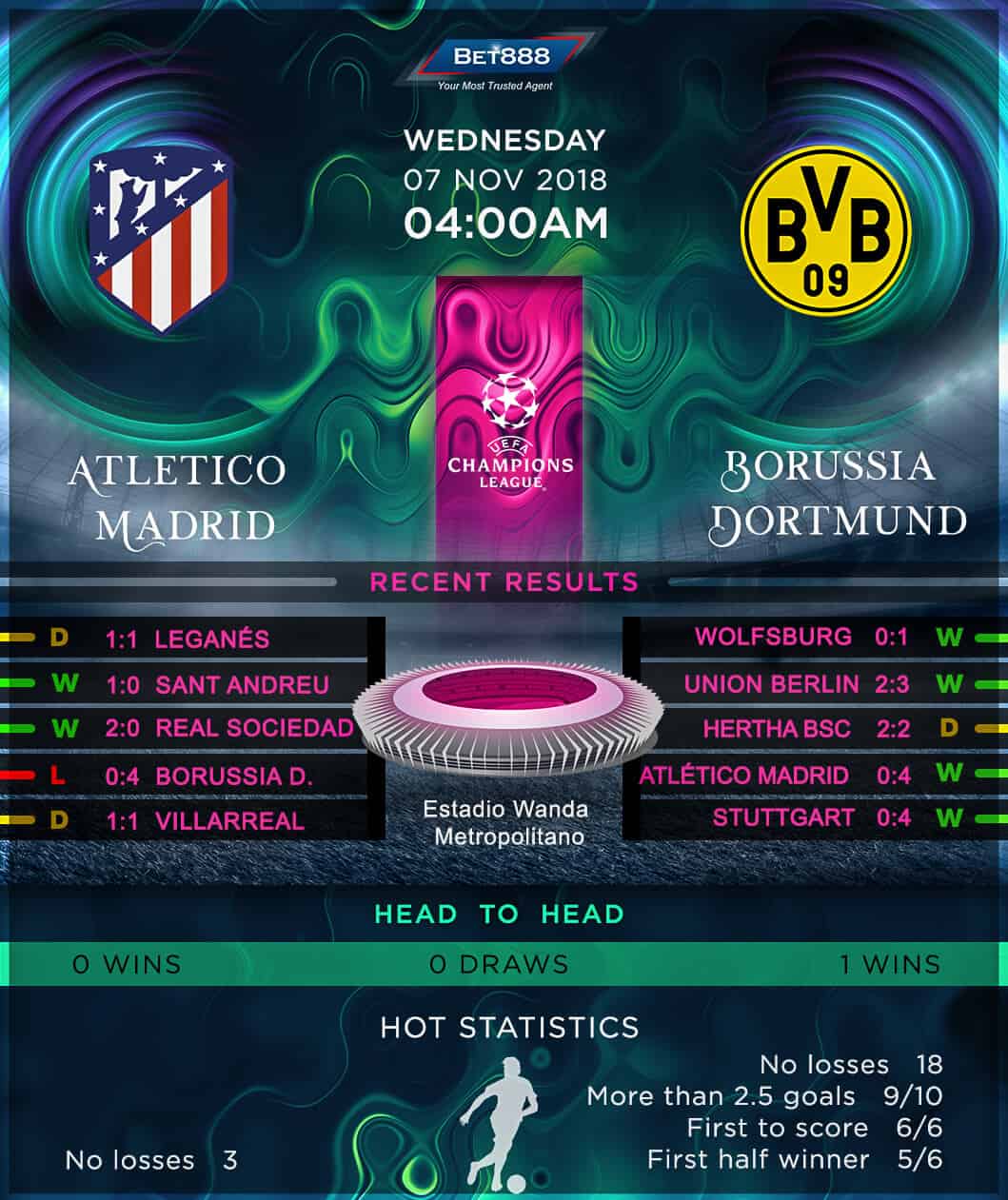