Atalanta and Lazio will face-off at the Stadio Atleti Azzurri d’Italia in Bergamo as hosts look to end a five-game winless streak against the club from the Italian capital.

The Goddess are going through a turbulent period, having won three out of last five Serie A clashes while suffering two losses in the run. However, Gian Piero Gasperini’s men have raised following a slow start of the season, as they now sit seventh in the table, with a record of six wins, three draws, and six defeats. Atalanta’s lapses in form have seen them losing two out of their previous four games in front of the home supporters while securing two victories in the process. The Black and Blues’ main strength over the past six weeks was their impressive performance in the final third, which has seen them score a minimum of two goals per match six times in the last seven league outings. But, Etrit Berisha has conceded a goal in each of his previous five Serie A appearances, keeping a clean sheet just once in Atalanta’s last nine encounters.

Meanwhile, winless in their last six competitive meetings, the Bianconcelesti go in search of their first road Serie A win since mid-October when they outplayed Parma. Lazio’s defensive frailties have seen them conceding at least one goal in their last ten games across all competitions, allowing more than one goal per match four times during the run. On the other hand, Ciro Immobile and co. have scored a minimum of one goal per game 17 times in their previous 19 competitive outings although they’ve struggled to notch two or more goals in one encounter five times in their last seven meetings. Still, Simone Inzaghi’s men failed to hit the back of the net on just one road trip in Serie A this term (against Juventus), scoring at least once in all of their remaining six away fixtures. 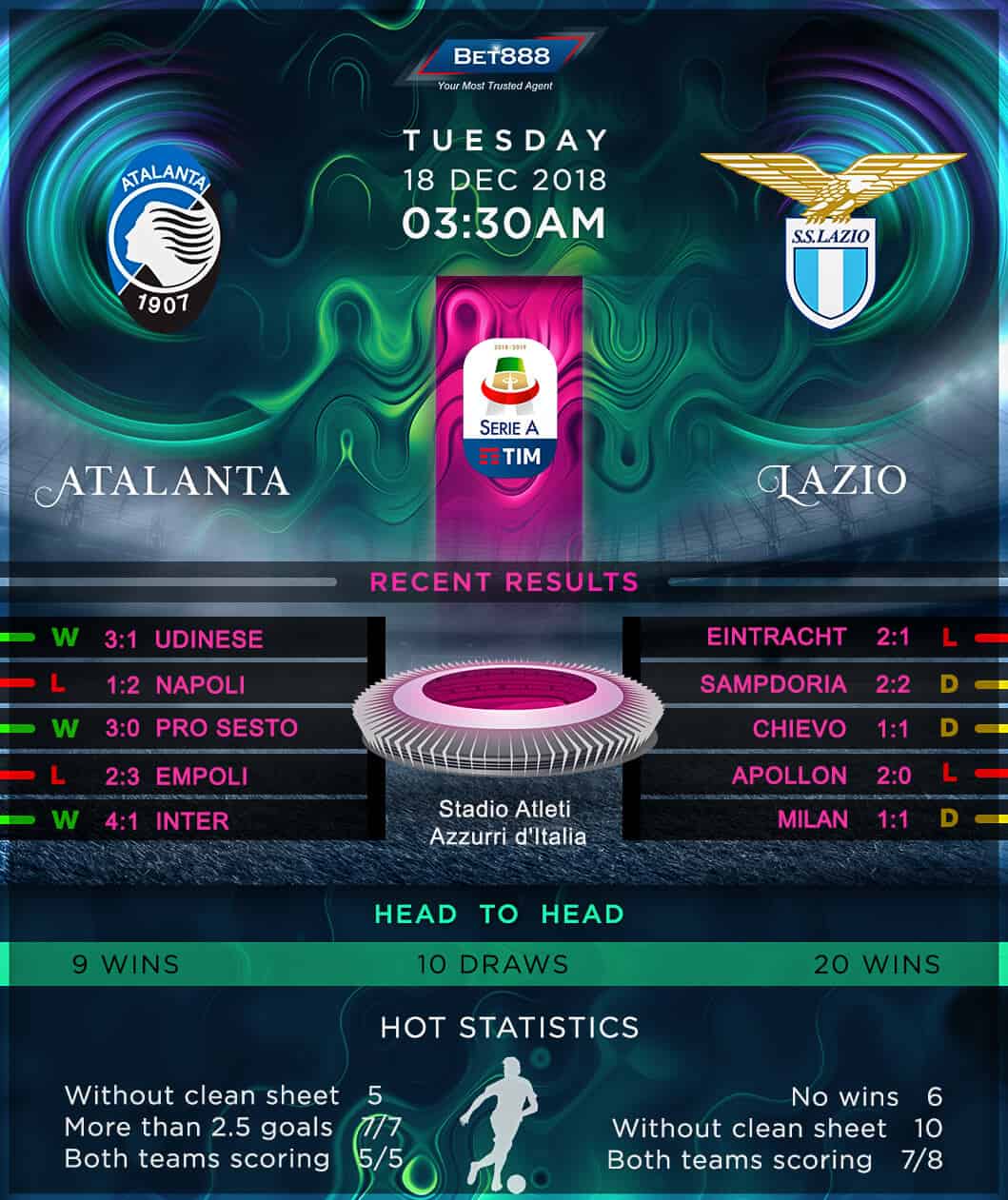