After taking part in the Europa League qualifications, Atalanta will open the new Serie A campaign in front of the home crowd, as they look to take on Frosinone at the Stadio Atleti Azzurri d’Italia in Bergamo. The Goddess have eliminated FK Sarajevo in the first round of the Europa League qualifications thanks to an outrageous 8-0 win on the road following a confusing display at home, where they lost a two-goal lead, only to see the match ending in a 2-2 draw. A 2-0 victory over Hapoel Haifa in the last qualifying round only confirmed that the Black and Blues are on the right path, as it was their seventh win this summer out of a total of eight matches they have played. Meanwhile, the Canaries, who returned to the top flight for the second time in their history, after featuring in Serie A three years ago, have only taken part in two matches during the off-season, recording a partial success, as they have defeated the Canadian side Oakville Blue Devilsby two goals to nil, while suffering a 3-1 loss to Real Betis. However, the Yellow-Light Blues’ season started in the worst possible manner, seeing them out of the Coppa Italia already in the first round thanks to a 2-0 defeat to Sudtirol.

Marco Varnier and Josip Ilicic should both remain on the stands for the home team, while Mirko Gori, Luca Paganini, and Daniel Ciofani will skip the trip to Bergamo due to injuries. 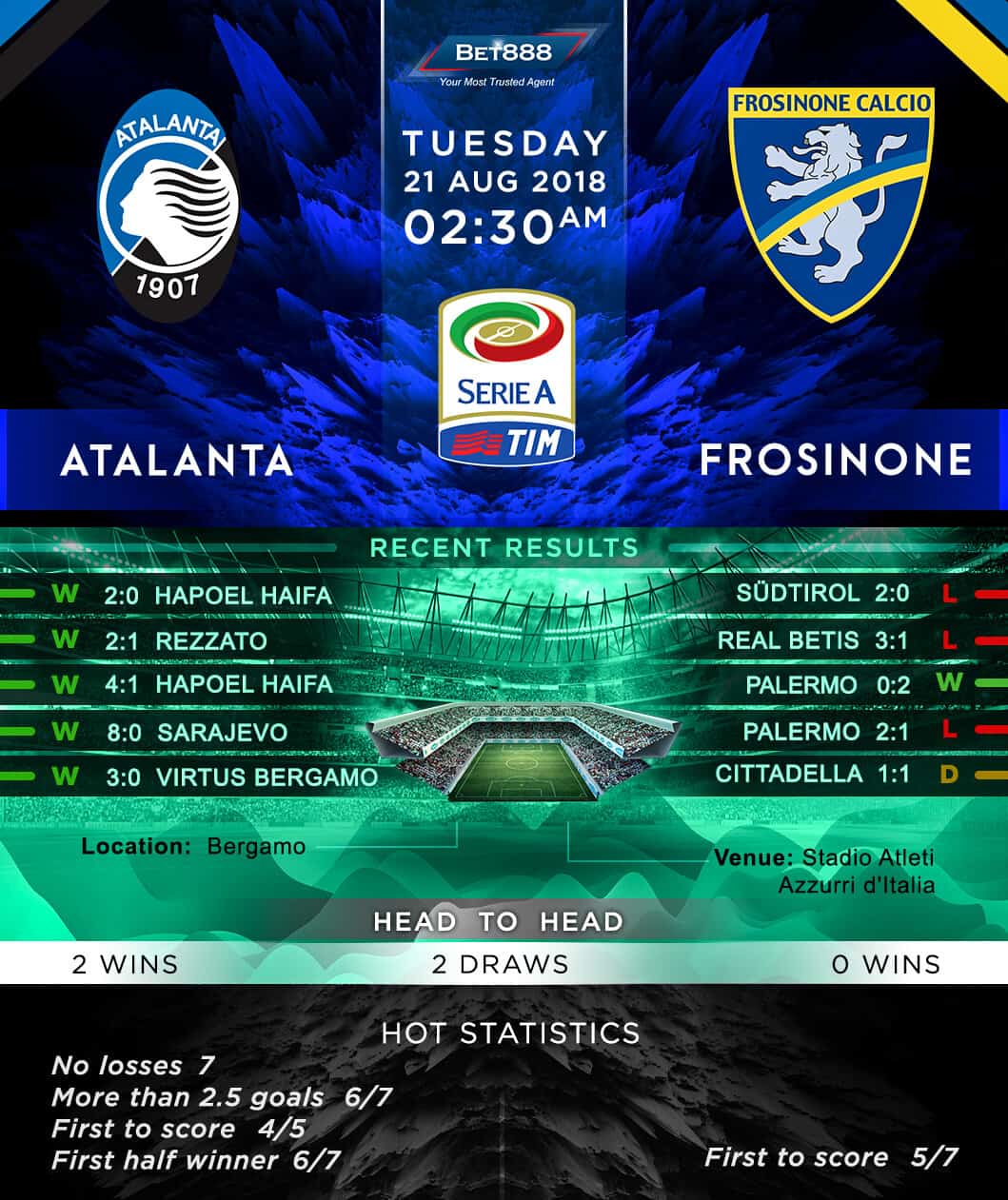