Gewiss Stadium is the venue as Atalanta and Fiorentina go head-to-head in a handsomely-looking Serie A contest.

Following a frustrating 8th-place finish in 2021/22, Atalanta’s bid to claim a fourth top-four Serie A finish in five years has been off to a flying start. ‘La Dea’ headed into September’s international as one of just two clubs in Italy’s top flight yet to lose a single league game this season (W5, D2), including a 1-0 win at Roma last time out. However, playing in Bergamo may not necessarily guarantee success for Gian Piero Gasperini’s men, as they’ve drawn two of their three Serie A home outings this term (W1). Moreover, Atalanta lost both league encounters against Fiorentina last season via a single-goal margin and could suffer three straight Serie A H2H defeats for the first time since 2016.

In the meantime, visiting Fiorentina cruised to a landslide 2-0 home victory over Hellas Verona on the stroke of the international break, arresting a disappointing run of eight competitive games without winning (D5, L3). But the visitors’ see-saw form in the young Serie A season (W2, D3, L2) puts them in mid-table lethargy, five points adrift of the European qualification race. There’s still a silver lining for Vincenzo Italiano’s lads here, as they’ve gone unbeaten in eight of their last ten Serie A away meetings with Atalanta (W5, D3). By contrast, ‘La Viola’ have suffered five defeats across their six previous top-flight fixtures on hostile turf (D1), netting an average of just 0.5 goals per game in that span. 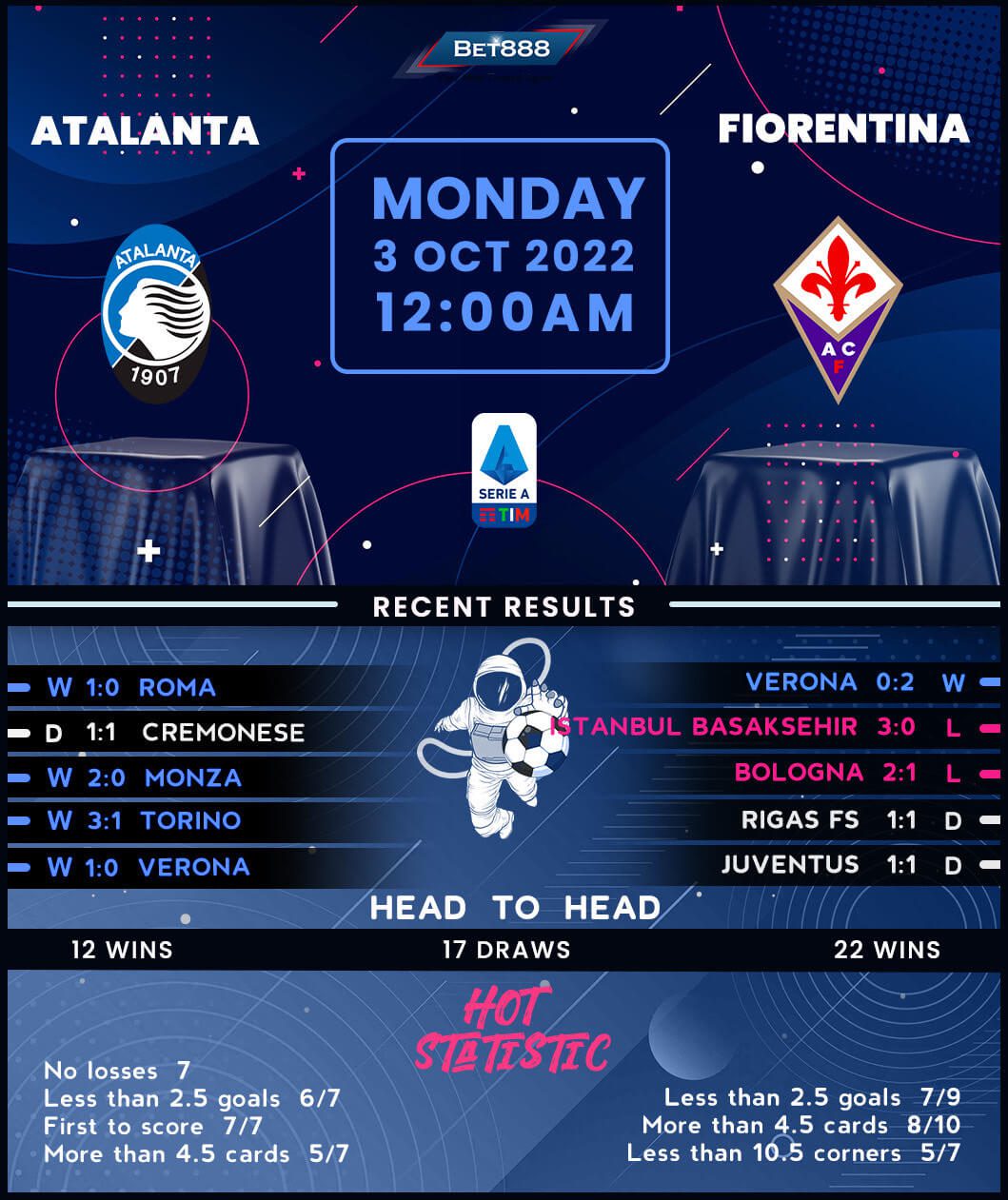