Aston Villa may have rued the World Cup timing as new boss Unai Emery led them to back-to-back Premier League victories over Brighton and Manchester United before a six-week hiatus took the wind out of their sails. Interestingly, the ‘Lions’ scored five goals across those two matches, as many as in Steven Gerrard’s final six league games in charge, highlighting the team’s overall improvement under Emery. The Spaniard has a personal agenda here, as since beating Liverpool in his first-ever managerial clash against them, he’s gone winless in six successive encounters against the ‘Reds’ (D1, L5). And with Villa coming out victorious in four of their last six Premier League Boxing Day fixtures (L2), there’s every reason for optimism in Emery’s camp. But Villa’s embarrassing run of eight defeats from their nine previous league games against Liverpool (W1) could douse the enthusiasm.

In the meantime, Liverpool returned to competitive action after the World Cup with an action-packed 3-2 defeat at Manchester City in midweek League Cup action. In stark contrast to that result, the Merseyside heavyweights were on a tear before the mid-season break curtailed their momentum, going from consecutive Premier League losses to back-to-back triumphs. However, Jurgen Klopp’s men cannot afford to rest on their laurels, as they trail fourth-placed Tottenham Hotspur by a substantial seven points, albeit they have a game in hand. Liverpool’s eye-catching run of five successive Premier League Boxing Day victories via an aggregate score of 15-0 will boost confidence in the visiting camp. But it’s not all rosy for Klopp’s lads, given that they’ve only won once on their six Premier League travels this term (D2, L3). 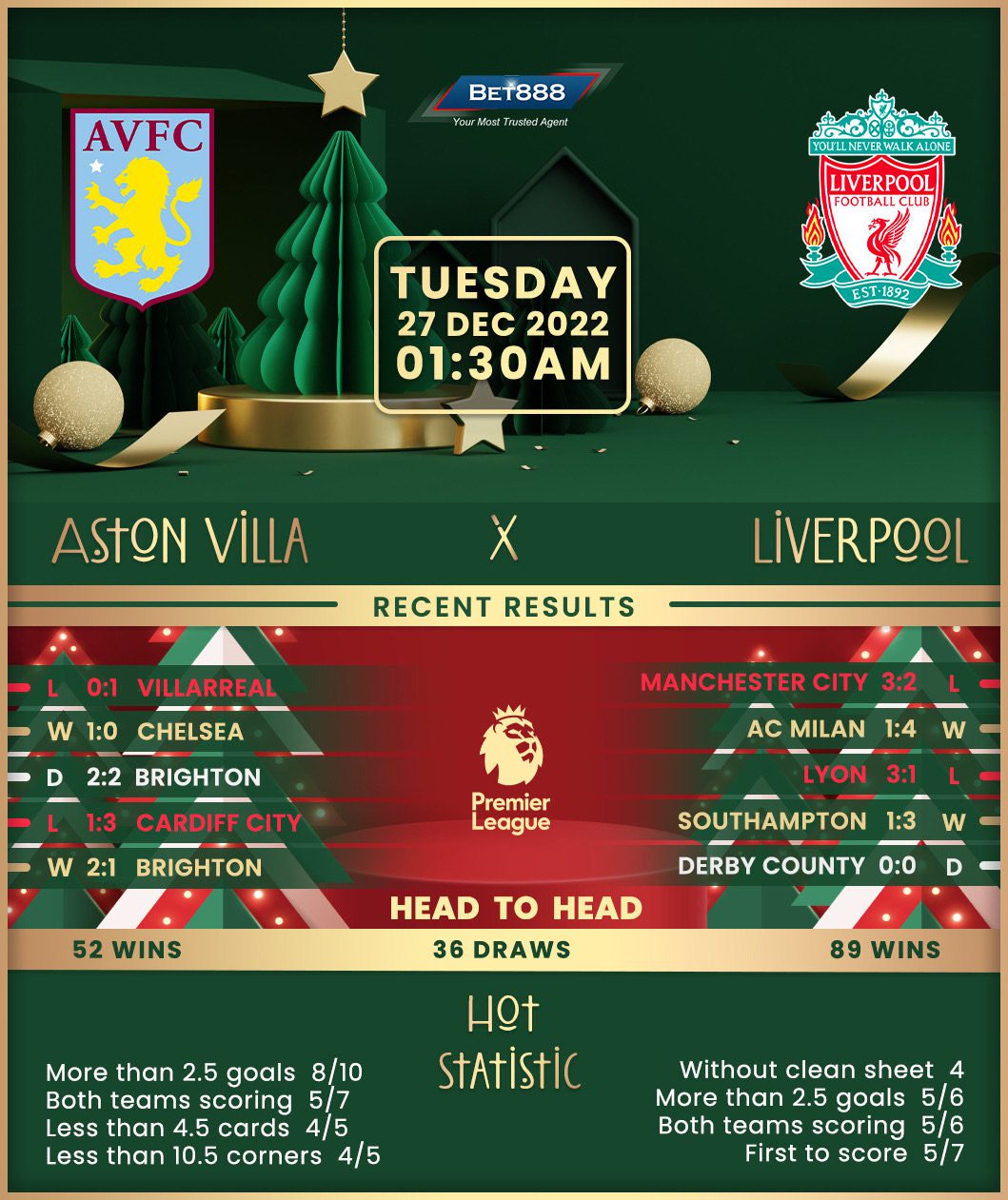