After a significant 2-1 win over CSKA Moscow in the Champions League, AS Roma will host Sampdoria at the Stadio Olimpico looking to capitalize on the positive momentum.

The Giallorossi are struggling in Serie A this season, as they currently occupy the 9th place with a record of four victories, four draws, and three defeats. Notable variations in form have seen Roma failing to clinch a triumph in the previous three league matches, having suffered a disappointing 2-0 loss to SPAL while being held to two draws afterward. La Lupa have already conceded eight goals in five home games, only once in the process. Meanwhile, apart from the aforementioned loss, Eusebio Di Francesco’s players have notched a minimum of two goals in the remaining four encounters. Roma score an average of 1.64 goals per match, which is the 6th-best record in the Italian top flight, while they allow 1.27, which puts them in rank with Parma and Cagliari.

On the other hand, the visitors are desperate to end a 2-game Serie A losing streak, as they look for their third road win this year. The Blucerchiati score an average of 1.36 goals per match, with Marco Giampaolo’s players failing to find the back of the net on four occasions so far. However, apart from a scoreless draw with Sassuolo, the Genoa-based side managed to notch at least one goal in the previous five league encounters. Meanwhile, Sampdoria have kept a clean sheet five times so far, which is the 2n-best record in the Italian top flight after Inter Milan. Furthermore, the Doria managed to protect their net in three out of five away matches. Just 45% of Sampdoria’s games have ended with three or more goals, with Samp failing to score in four out of eleven clashes. 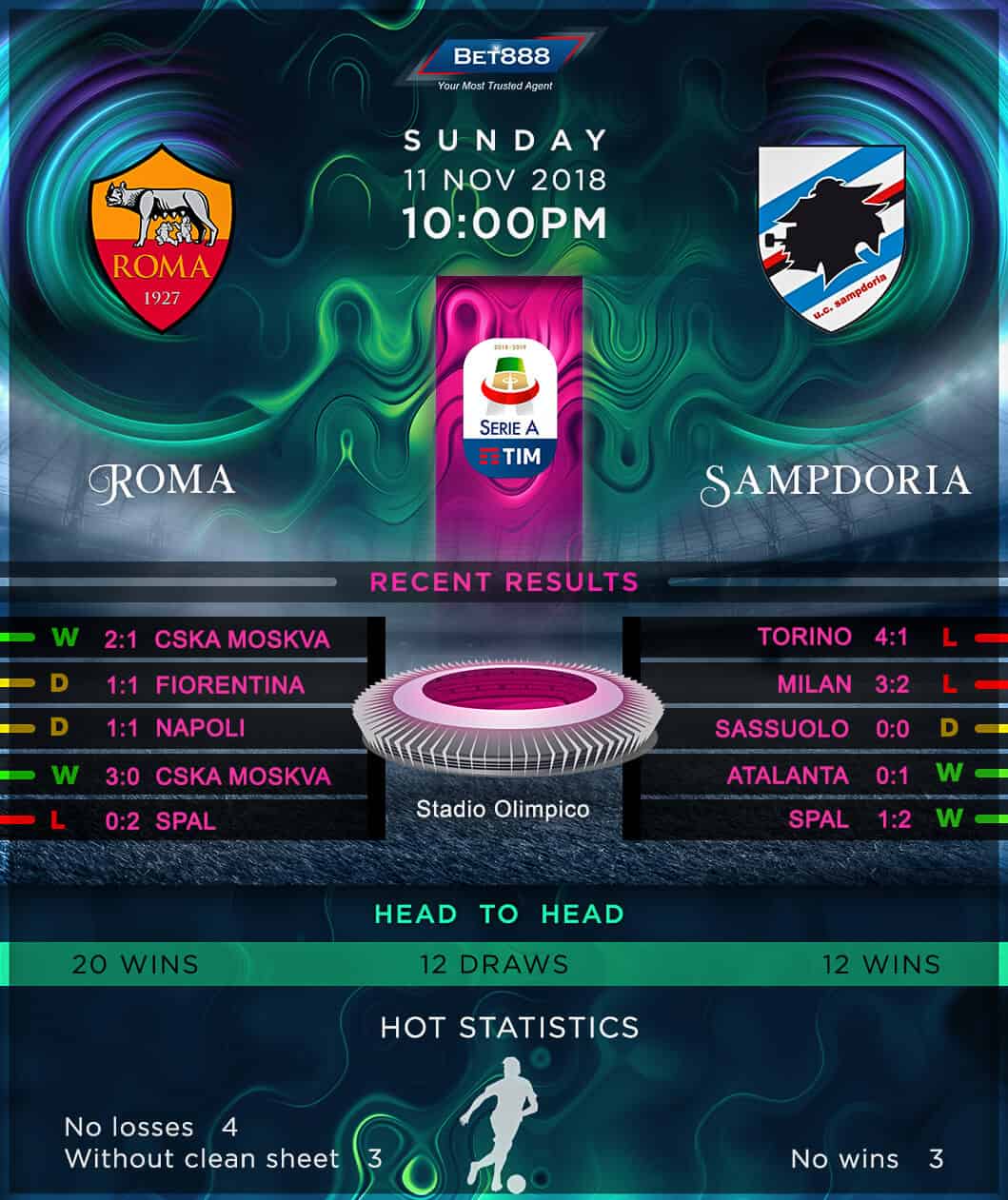