AS Roma welcome Real Madrid to the Stadio Olimpico looking for a positive outcome that would see them advance to the Champions League knockout stage.

After the opening four Champions League fixtures, both teams have collected nine points apiece, with Roma losing to Real Madrid by three goals to nil on the opening matchday. However, the Giallorossi have managed to bounce back from a bad defeat, clinching three straight victories. Eusebio Di Francesco’s players have outplayed both Viktoria Plzen and CSKA Moscow at home, having bagged eight goals while keeping a clean sheet in the process. In their last European clash, the Italian giants have secured a tight 2-1 win over the Russian side on the road, as they now have to get one more point in the last two matches of the group stage to wrap up their place in the round of 16.

On the other hand, despite the struggles in La Liga, the reigning European champions are one step away from going past the group phase. Apart from a surprising 1-0 loss to CSKA Moscow on the road, Los Blancos have secured all three wins in the remaining three games, having defeated Viktoria Plzen in both legs after demolishing Roma at home. However, Los Merengues come into this encounter demoralized after a disastrous 3-0 failure against Eibar last weekend, as Solari urges his players to return to winning ways instantly. The aforementioned defeat has brought Real’s four-game winning streak to an end, and it was the second consecutive time they’ve conceded a minimum of two goals in one match. 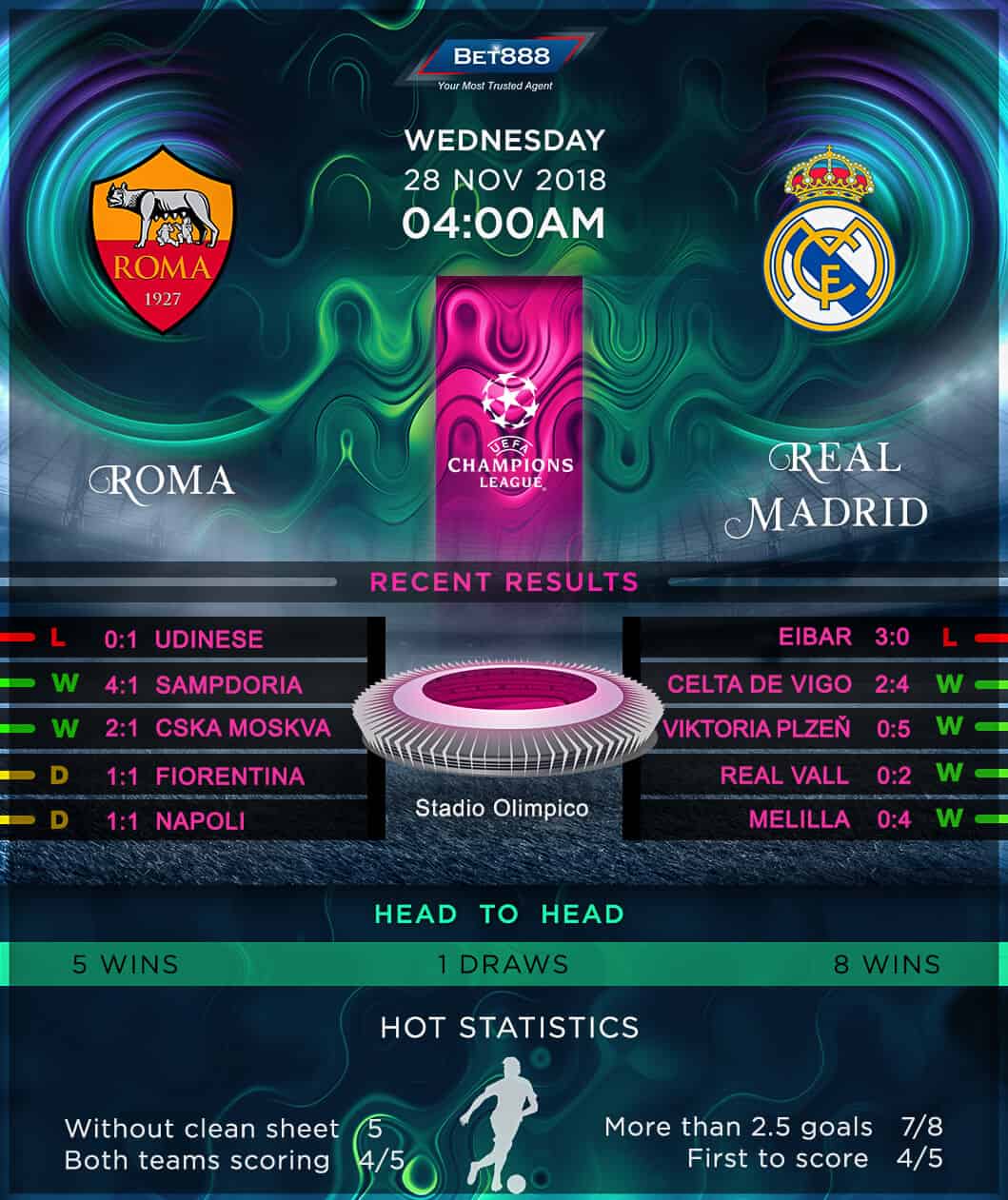