Winless in all of their eight home Ligue 1 clashes this season, AS Monaco will welcome OGC Nice to the Stade Louis II desperately looking to break a disastrous streak.

A narrow 1-0 victory over Caen a fortnight ago has brought Monaco’s worst Ligue 1 winless run in the last 50 years to an end, but the Monégasques have failed to build on that. A 2-1 loss to Montpellier last weekend has seen Monaco equaling their worst winless home streak in history, as they are yet to claim all three points in the principality this campaign. With 15 goals conceded in eight home clashes this season, the hosts have the worst defensive record in Ligue 1 when it comes to local games. The Red and Whites are one of three teams in the French top flight to keep a clean sheet just three times in the opening 16 league fixtures. However, Thierry Henry’s men come into this encounter following a promising 2-0 road win over Amiens.

The visitors come into this encounter after a scoreless draw with Angers at home, which was their second straight goalless stalemate in less than five days. Comfortable away from home, Nice have lost just one out of eight encounters on the road this season, securing four wins in the process. Undefeated on their last five road trips, Les Aiglons boast the strongest away defense in the French top tier, having conceded just four goals thus far. In addition to recording a clean sheet in each of their previous six Ligue 1 matches, Patrick Vieira’s players have secured four consecutive L1 wins before being held to a scoreless draw to Guingamp last weekend. 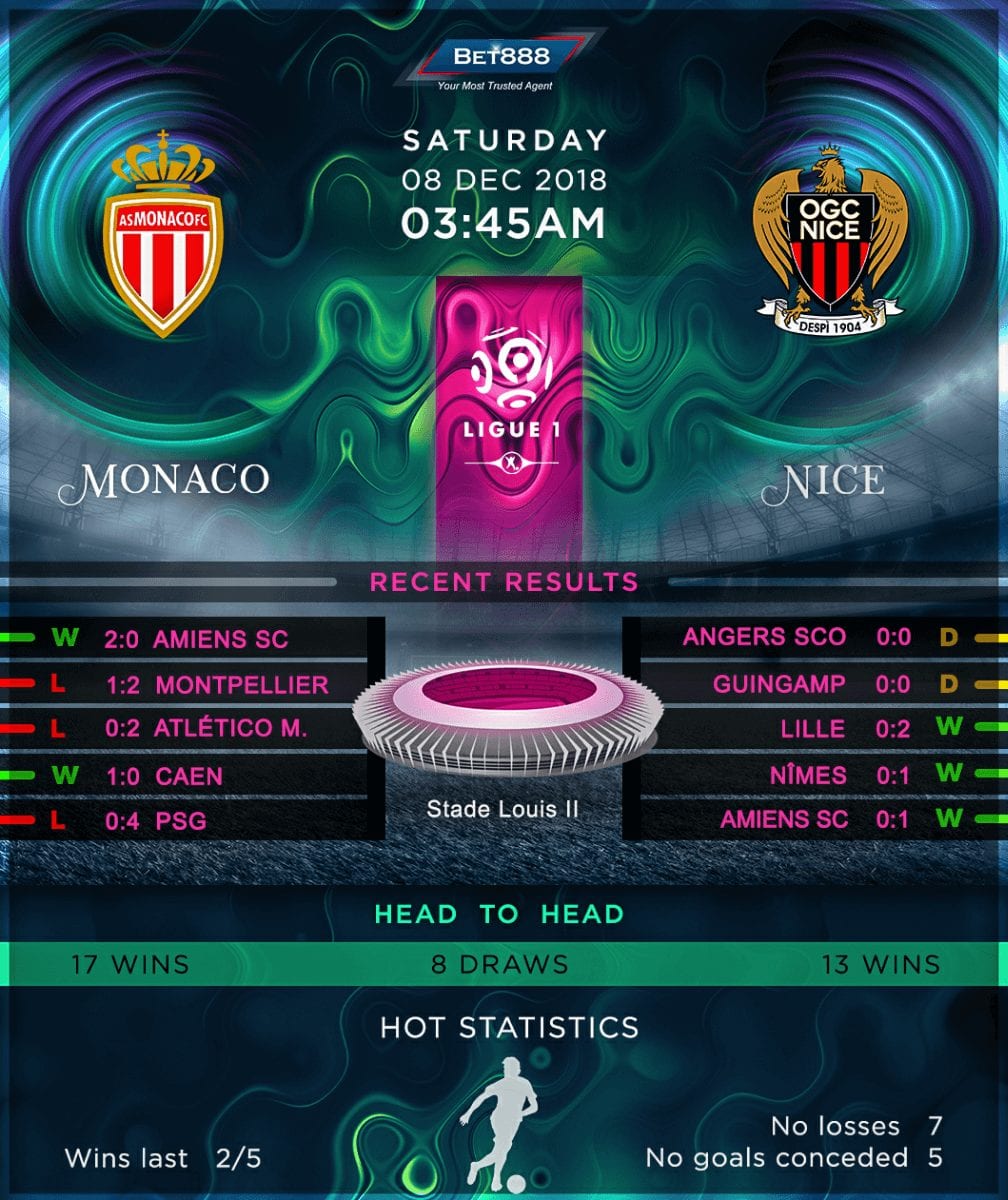