After an encouraging 3-1 win over Nantes on the road in the first Ligue 1 fixture, AS Monaco will host Lille OSC at the Stade Louis II, looking to secure another victory to keep pace with PSG and Lyon. Les Monégasques were one of the protagonists last season, reaching the Champions League football for the third season in a row, and Leonardo Jardim hopes to lead his team to the top despite severe competition in the domestic league. Although the club from the principality lost some of the key players that drove the team in previous years, many talented youngsters within their respective ranks demonstrated astonishing displays throughout the preparation period, indicating Monaco will be able to fight for one of the top three spots this year even though they lack star players. Les Dogues, on the other hand, opened the new season with a stunning 3-1 win over Rennes at home, giving signs they might return to the top of French football following a nightmarish last campaign where they have barely avoided relegation, finishing in the 17th place. During the off-season period, Christophe Galtier’s team has achieved four wins, while suffering two losses, but the victories over Porto and Everton show Lille might be on the right path.

Ronaël Pierre-Gabriel and Aleksandr Golovin are ruled out with injuries in the home squad, while Youssouf Koné won’t be able to play for the visitors. 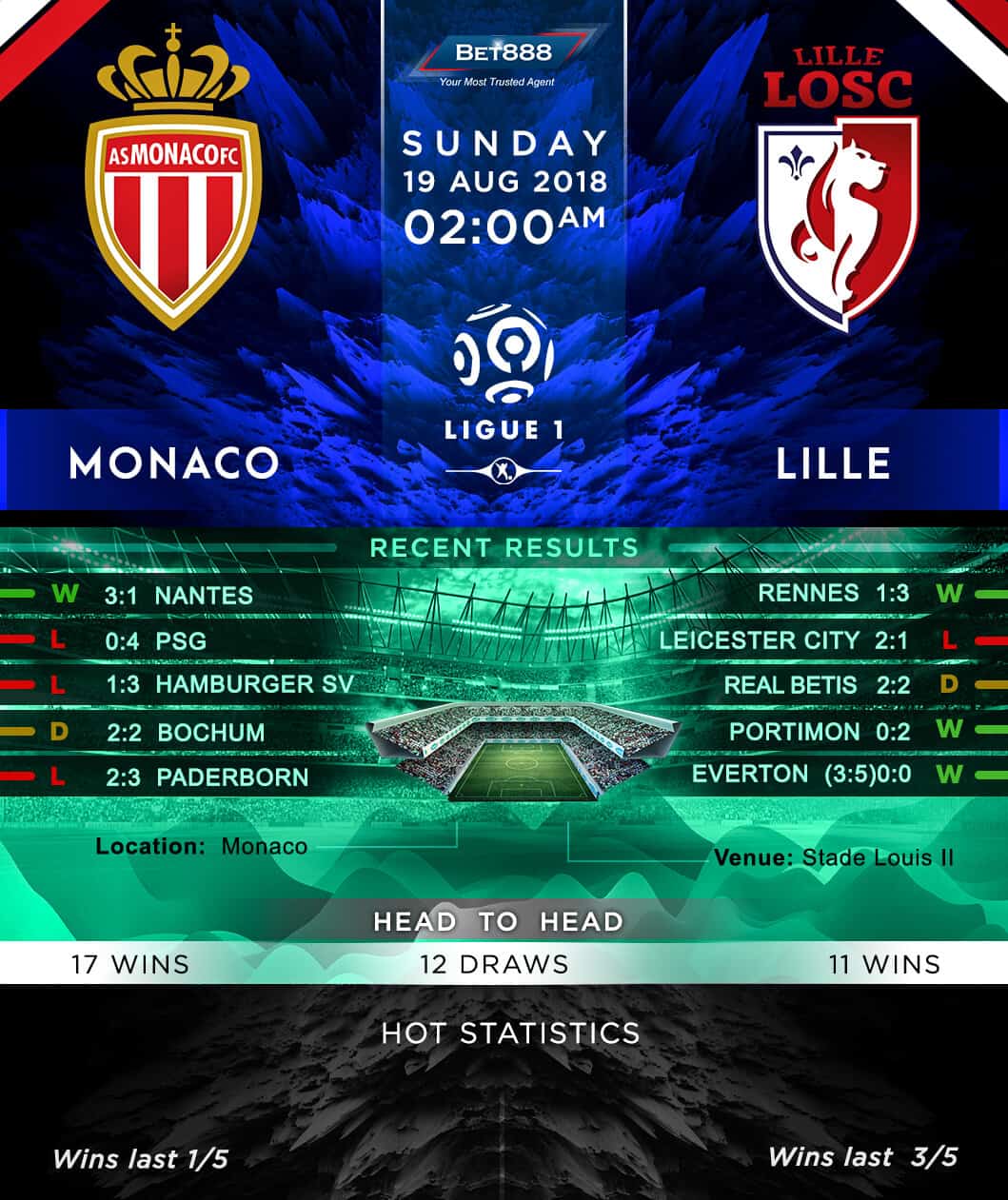