Arsenal prepare to host Wolverhampton Wanderers at the Emirates Stadium following a scoreless draw with Sporting Lisbon in the Europa League.

Despite the fact, the Gunners have failed to clinch a victory against the Portuguese side, they’ve extended an impressive lossless run across all competitions to 15. However, Unai Emery urges his team to return to winning ways after two straight Premier League draws with Crystal Palace and Liverpool, as they currently trail Manchester City by six points. Although the London-based outfit lost 2-0 to the Citizens on the opening matchday, they’ve registered four consecutive triumphs at home before the aforementioned draw with the Merseysiders. The Gunners score an average of 2.27 goals per match, as they so far notched a total of 25 goals, which is the 3rd-best goal scoring record in the English top flight. On the other hand, they allow 1.27 goals per game, having managed just two clean sheets in the opening eleven league fixtures.

As for Wolverhampton, they’ve started the season off on the right foot since earning promotion from the Championship last season, but failed to maintain the same level of performance in the past few weeks. The Wanderers have lost three consecutive Premier League encounters, including the one to Tottenham Hotspur last week. Additionally, a 3-2 defeat to Spurs was the 4th time this season the Wolves have conceded more than one goal. Nuno Espirito Santo’s players have allowed just twelve goals in eleven league outings, having kept a clean sheet four times in the process. However, Wolverhampton’s main problem concerns their attacking game, as they score an average of 1 goal per match, having failed to find the back of the net three times so far. 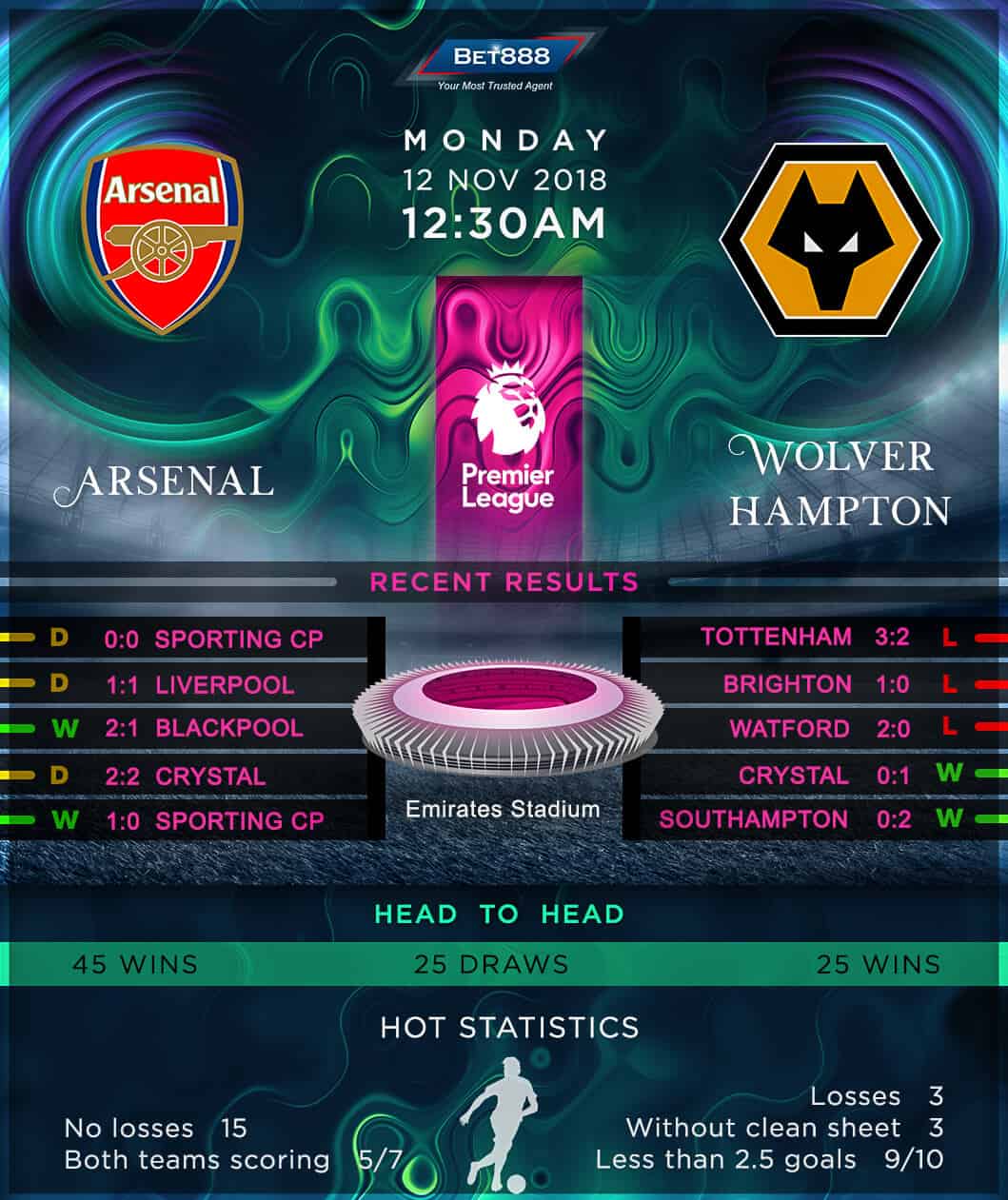