Arsenal headed into the World Cup break on the back of a stellar three-game winning Premier League streak without conceding as the ‘Gunners’ enter Christmas as top-flight pacesetters for the first time since 2007/08. Except for a 3-1 defeat at Manchester United in early September, Mikel Arteta’s men have won 13 of their remaining 14 league matches this season (D1), so it’s no wonder they boast a five-point lead on second-placed Manchester City. On top of that, they have won all six Premier League outings at the Emirates this term and could register a perfect seven-game home start to a new top-flight campaign for only the fourth time in the club’s history. Having lost two of their last 28 Premier League encounters against West Ham (W21, D5), they should be confident about achieving that feat.

On the other hand, West Ham United’s massive spending during the summer transfer window has failed to pay dividends, with the ‘Hammers’ joining the festive period only one point clear of the relegation zone. In addition to lamenting a disastrous win ratio of 27% across their opening 15 Premier League fixtures (W4, D2, L9), David Moyes’ men have lost their last three league matches in a row. They could suffer four consecutive top-flight defeats for the first time since September 2018, and based on their dreadful recent fortunes away to Arsenal, it’s likely to happen. Indeed, West Ham have lost as many as 11 of their last 12 Premier League visits to the ‘Gunners’ (W1). Moreover, they’ve only won once in their eight previous Boxing Day matches (D3, L4). 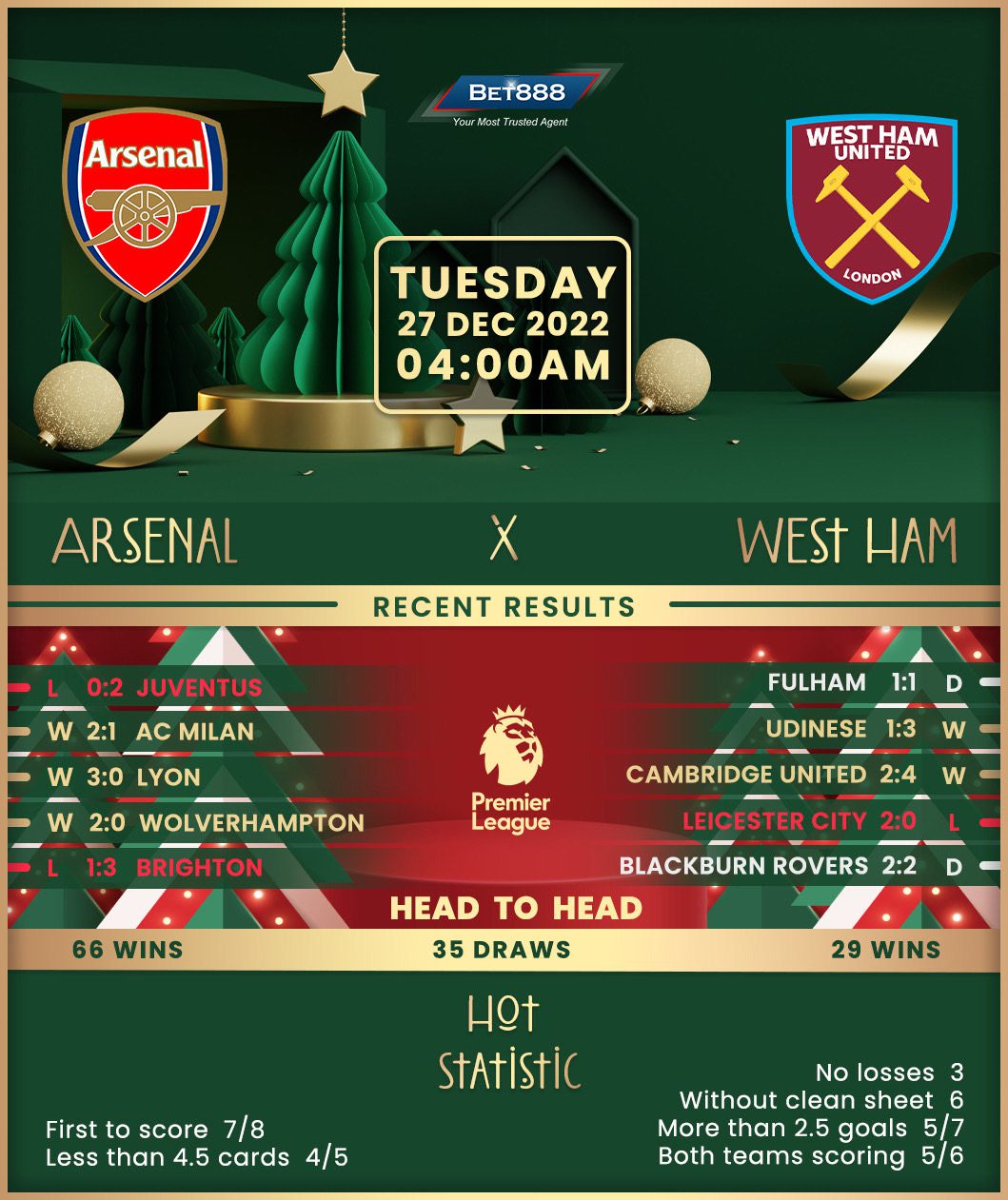