After an uninspiring league start, Arsenal will host West Ham United at the Emirates Stadium, looking for their first victory in the new campaign. Unai Emery’s adventure in London has started in a worst possible manner, as the Gunners lost the opening two Premier League games, 2-0 to Manchester City at home and 3-2 to Chelsea on the road, but the negative results are not the chief concern to the former PSG manager, as much as poor defensive displays. The Islington giants have struggled to keep a clean sheet in five out of last six matches, and considering West Ham’s firepower they will have to be at their best if looking to stop the negative trend. Meanwhile, the Hammers are yet to demonstrate full potential this year, as they have lost both league matches, 4-0 to Liverpool and 1-2 to Bournemouth, despite they had a one-goal lead after the first half. After making some expensive signings this summer, the club’s management expects from Manuel Pellegrini to at least reach the Europa League promotion, which is why the former Manchester City manager urges his players to step up their game and seek a positive outcome against the team they have failed to beat six times in a row.

Laurent Koscielny, Sead Kolasinac, and Ainsley Maitland-Niles will all skip the match due to injuries, while Manuel Lanzini, Winston Reid, and Andy Carroll won’t be able to perform for the visitors. 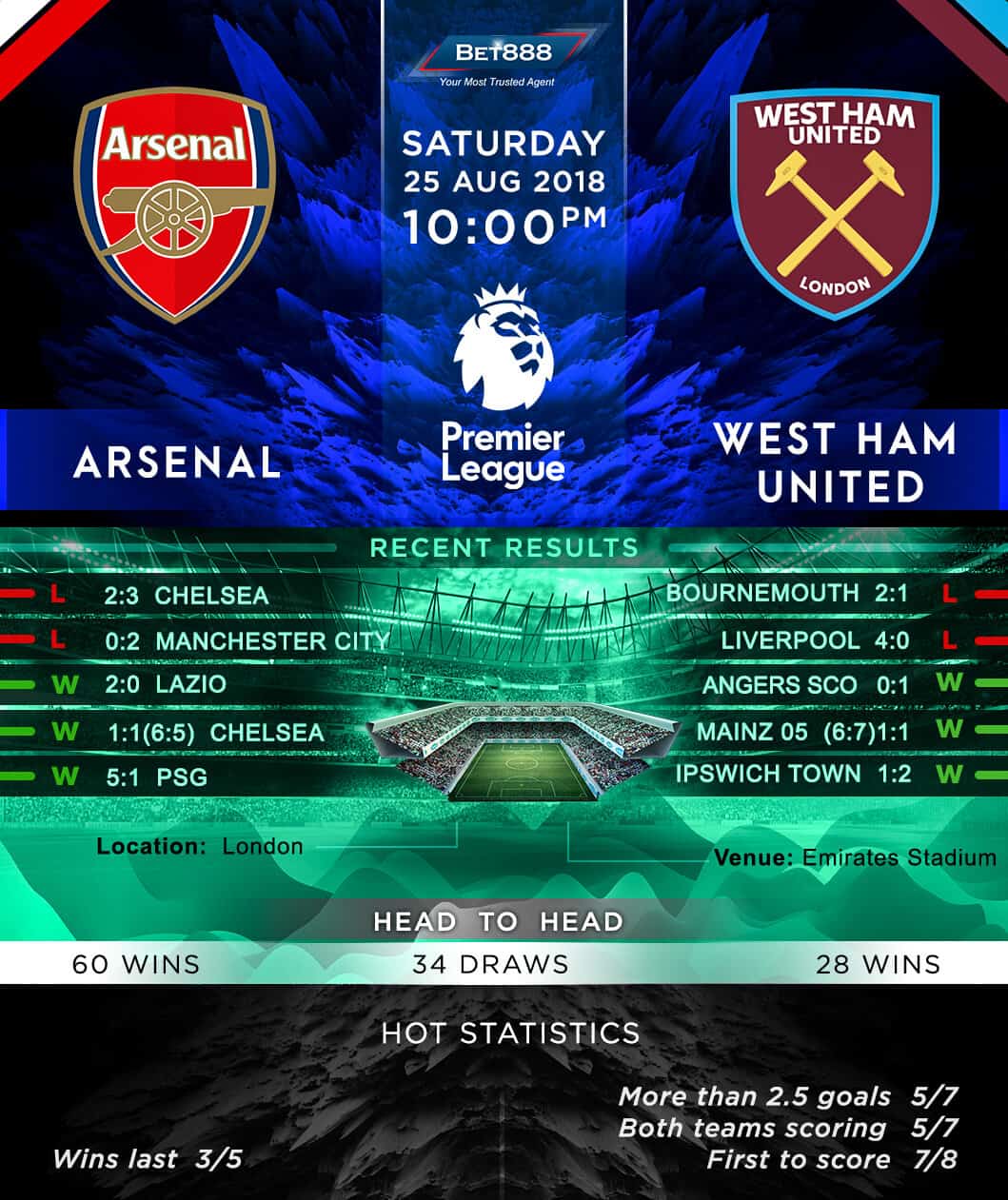