After a routine 3-1 victory over Brentford in the Carabao Cup, Arsenal will be hosting Watford at the Emirates Stadium in the Premier League, hoping to extend a 6-game winning streak in all competitions.

Despite a slow start of the season that saw the losing two opening matches, the Gunners have notably raised their game securing a maximum of twelve points in the next four league matches, defeating West Ham, Cardiff City, Newcastle United, and Everton in the process. However, Unai Emery’s principal problem is a weak defensive performance of his team that so far only managed to keep a clean sheet once. Even in a 4-2 win over Vorskla Poltava in the Europa League, the Arsenal’s backline didn’t live up to expectations.

Meanwhile, the Hornets, who have been outstanding in the opening four fixtures, achieving all four wins, have slowed down a bit in the last two games, losing 2-1 to Manchester United while playing out a 1-1 draw with Fulham. Just like Arsenal, The Golden Boys’ defense failed to hold on in all of their past five Premier League battles, only keeping a clean sheet in a 2-0 triumph over Brighton on the opening matchday.

With the injuries of Sokratis, Laurent Koscielny, Sead Kolasinac, Ainsley Maitland-Niles, and Henrikh Mkhitaryan, the home side will enter the encounter severely weakened, while Tom Cleverley, Miguel Britos, Sebastian Prodl, Gerard Deulofeu, and Stefano Okaka won’t be playing for the visitors due to various physical problems. 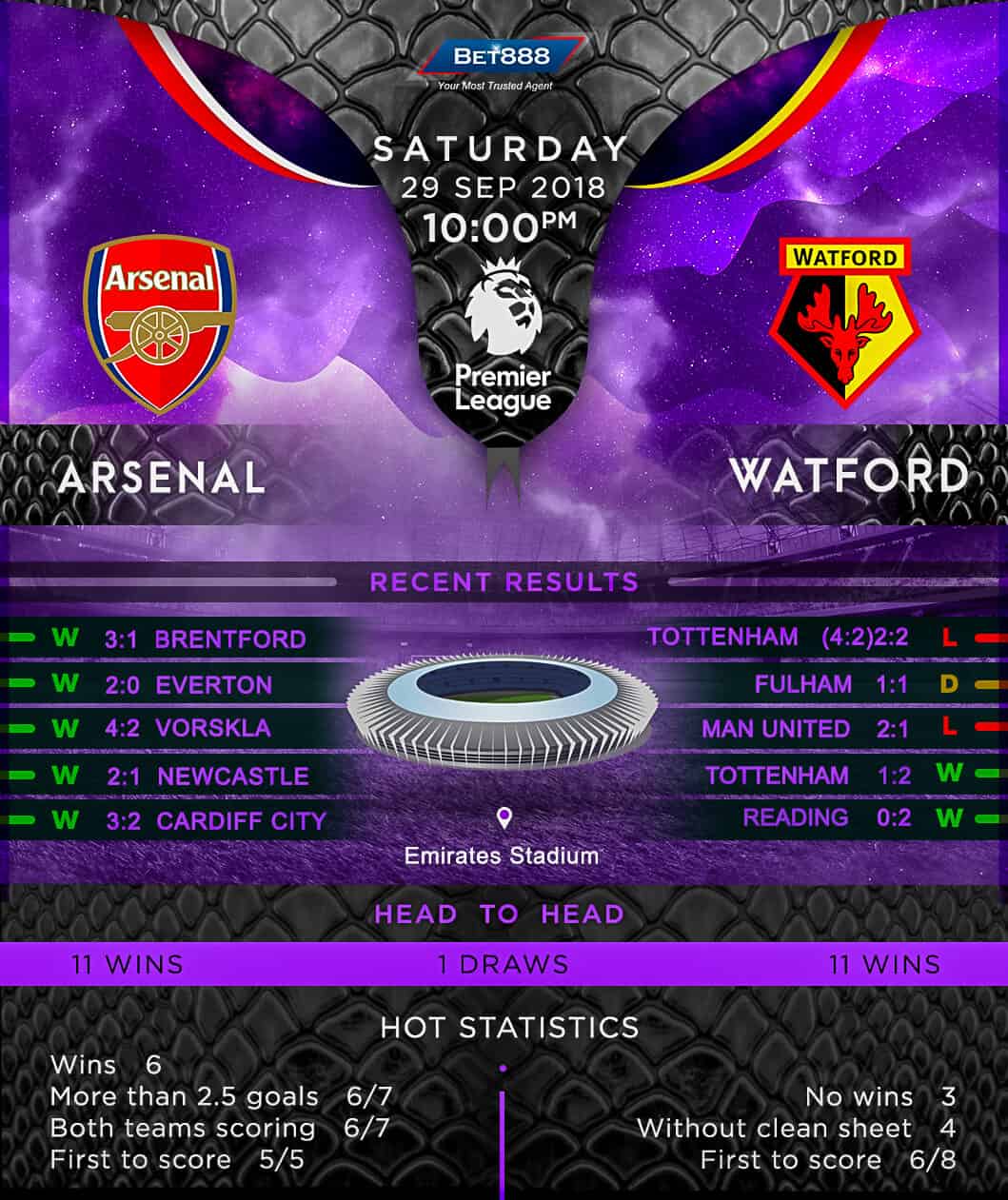