Two sides that lost their opening matches at the International Champions Cup will face off against each other at the National Stadium in Singapore, with the Premier League giants Arsenal looking to take on the current Ligue 1 champions Paris Saint-Germain. After achieving a comfortable 8-0 win over a low-league team Boreham Wood, Unai Emery suffered his first defeat as Arsenal’s coach as Atletico Madrid managed to beat the Gunners after a penalty-shoot-out after a game ended in a 1-1 draw. On the other hand, the Parisians were involved in two low-quality friendlies before playing against Bayern Munich who managed to turn the game around in the second half, eventually defeating Thomas Tuchel’s side by three goals to one although the French heavyweights took the lead in the first half. It will be the first time since the 2016 Champions League group stage these two teams play against each other, with Paris Saint-Germain looking to grab their first victory over the North London team in history.

Although Emery has Lacazette and Aubameyang at his disposal, Lucas Perez who returned to London after a loan spell at Deportivo La Coruna might start the match from the first minute. As for PSG, Mbappe, Neymar, Cavani, Marquinhos, Meunier, Di Maria, and Thiago Silva all deserved an extended break after featuring at the 2018 World Cup, thus, Tuchel will have to find alternatives to cover their absences. 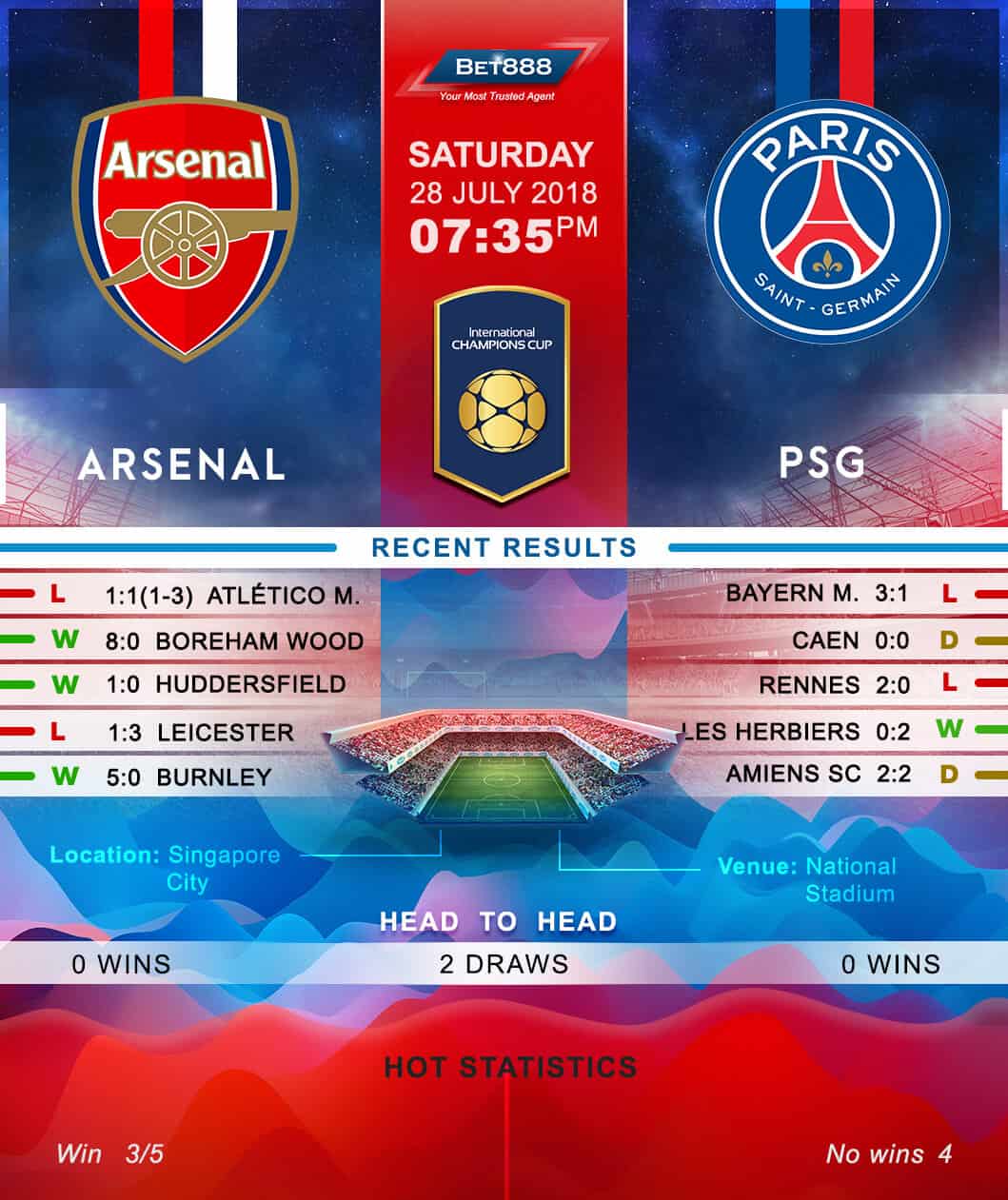