The first Premier League fixture and the first colossal derby scheduled to take place at the Emirates Stadium, with Manchester City set to face off against Arsenal, who are looking to start the new cycle without legendary Arsene Wenger. It will be the first season after twenty-two years the famous Frenchman won’t lead the Gunners from the bench, but after accumulating extensive experience in Valencia, Sevilla, and Paris Saint-Germain, Unai Emery might be just the right person to replace the manager that brought Arsenal three Premier League titles, as well as, seven FA Cup trophies. The London heavyweights have encountered a pretty decent warm-up campaign where they secured three major victories, against PSG, Chelsea, and Lazio, while their only defeat came against Atletico Madrid, who defeated them on penalties. On the other hand, the defending champions, Manchester City, already acquired one trophy this summer, as they outplayed Chelsea in the Community ShieldFinal, achieving a comfortable 2-0 win. Guardiola’s only concern in the opening stage of the championship might be the fact that he had to rely on the youngsters during the preparation period due to the commitments almost his entire starting eleven had at the World Cup.

Laurent Koscielny and Sead Kolasinac will both skip the encounter due to injuries, while the visitors should travel to London without Danilo, who suffered a Malleolar injury. 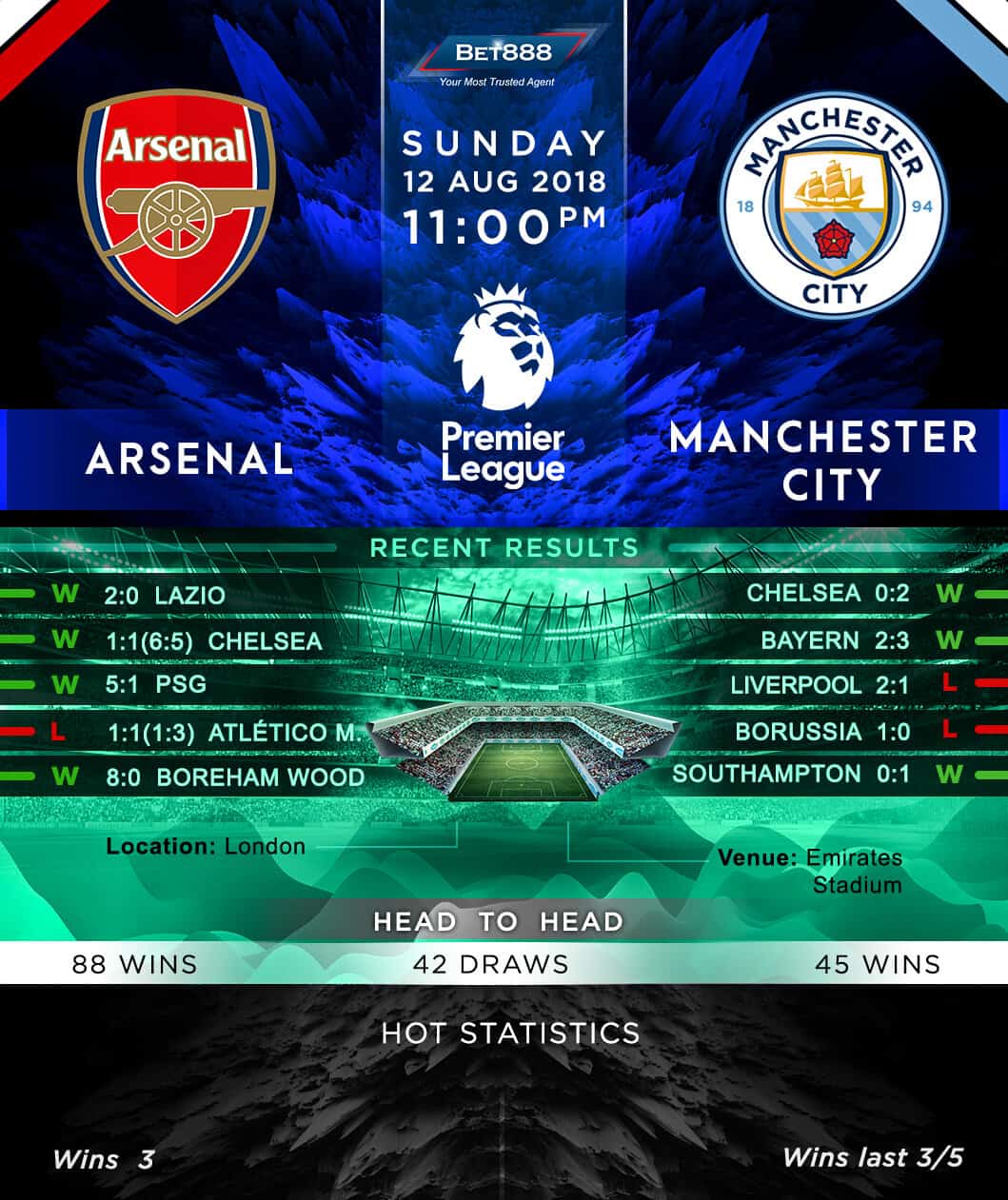