Emirates Stadium is the venue as Arsenal and Liverpool go head-to-head in the return leg of their blockbuster English League Cup semi-final tie.

Despite falling down to 10 men only 24 minutes into their first-leg clash at Anfield, Arsenal eked out a goalless draw as there’s everything to play for in the return leg. Since a Covid-19 outbreak at the Emirates forced the postponement of their Premier League meeting with Tottenham at the weekend, the ‘Gunners’ have been given extra rest days ahead of Liverpool’s visit to the nation’s capital. That could inspire Arsenal’s efforts to improve their lacklustre H2H record at the Emirates, where they’ve only won one of their last six encounters in all competitions (D3, L2), conceding 3+ goals in 50% of them. That said, the Londoners have never lost a League Cup home showdown against Liverpool (W3, D3) while they’ve won ten of their last 12 competitive outings at the Emirates (D1, L1).

On the other hand, Liverpool cruised past the Premier League debutants Brentford 3-0 at the weekend despite lacking a host of key first-team players, making it four competitive games without losing (W2, D2). However, following a run of three consecutive away victories in all competitions, the ‘Reds’ have gone winless in their last three competitive road trips (D2, L1) despite taking the lead twice in the sequence. On the bright side, under Jurgen Klopp’s stewardship, the Merseyside heavyweights have scored more competitive goals versus Arsenal (43) than they have against any other opposition. Furthermore, Liverpool have racked up more away victories in the League Cup (56) than any other side in the competition’s history, winning each of the last three in a row. Worryingly, though, they have lost the second leg of each of their last three League Cup semi-final ties. 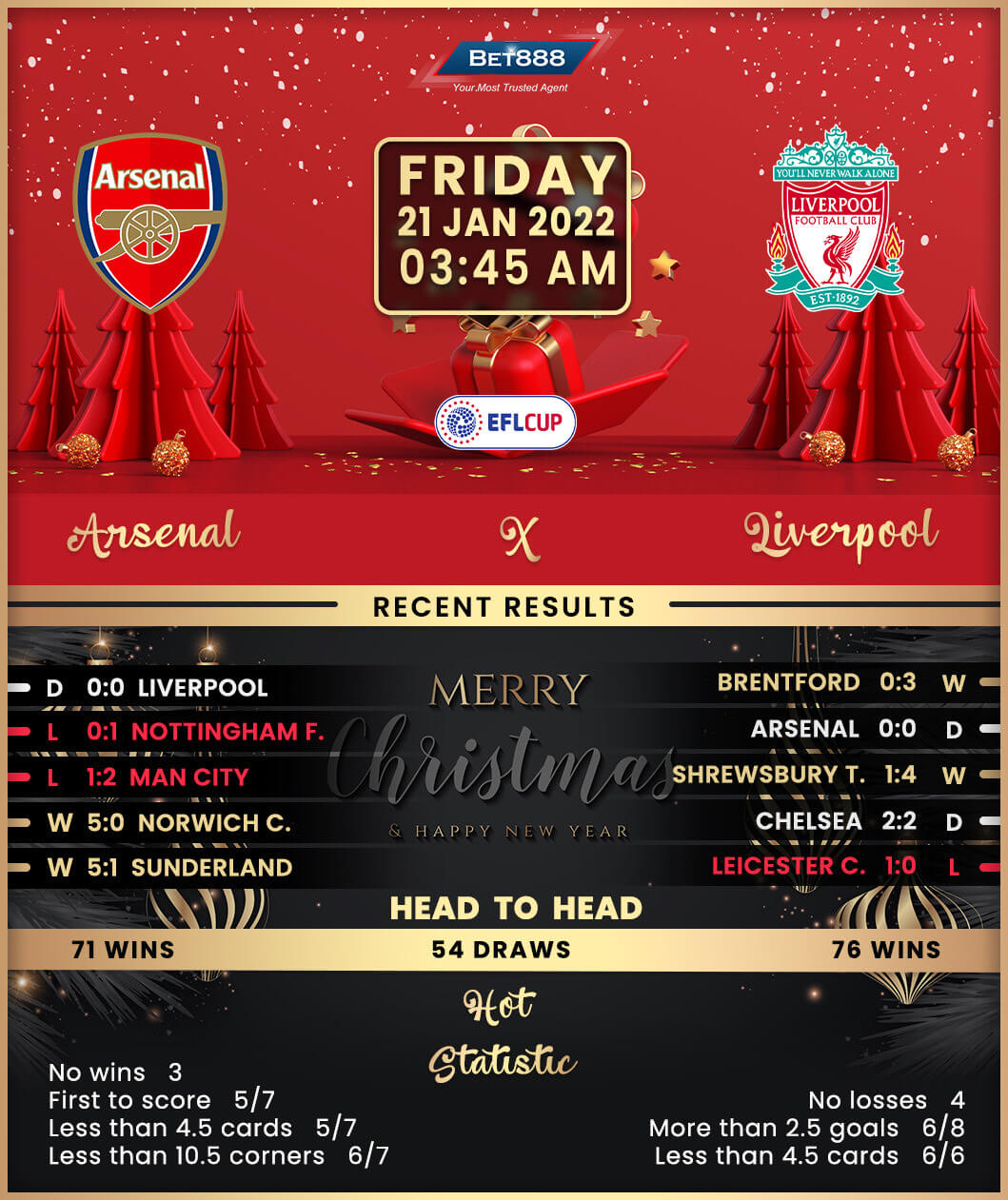