One of the biggest Premier League derbies will take place at the Emirates Stadium, with Arsenal preparing to take on Liverpool.

Last weekend’s 2-2 draw with Crystal Palace at the Selhurst Park has brought the Gunners’ 11-game winning streak to an end, as Unai Emery hopes to see his side bouncing back from a disappointing result. Despite the slow start of the season, the London outfit showed some astonishing pieces of football in the following period, having clinched four straight triumphs at home, scoring ten goals in the process. Moreover, Emery’s players have notched a brace in the past eight league meetings, as they currently have the 2nd-best goalscoring record behind Manchester City. However, the 2004 Premier League champions have only kept a clean sheet twice this season, which puts them on a pair with Cardiff City and Burnley for instance.

Meanwhile, with a record of eight wins and two triumphs, the Reds are currently sharing the top place with Manchester City, as one of three teams that are yet to register a failure. Apart from a 1-1 draw with Chelsea, the Merseysiders have won the remaining four road matches, which makes them the 2nd-best away side in the league. Jurgen Klopp’s players have scored at least one goal in nine out the previous ten league games, only playing out a scoreless draw with the Citizens at home. With 6 clean sheets so far, Klopp’s defense stands as the 2nd most successful in the English top flight, although they’ve only managed to protect their net twice in the past five road clashes. An 80% of Liverpool’s away meetings have ended with a minimum of two goals, with just 40% of them ending with three or more. 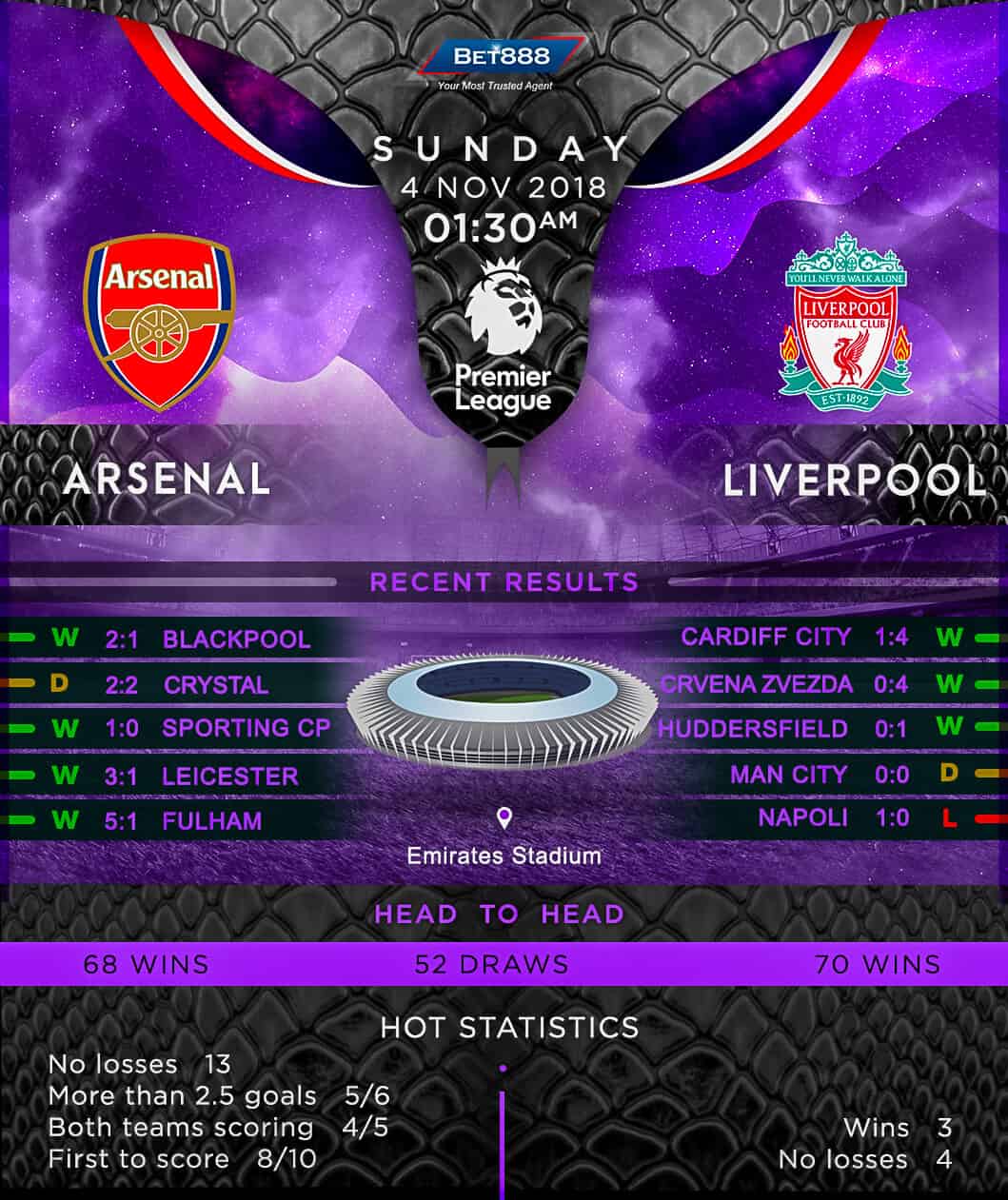