Emirates Stadium is the venue as Arsenal and Leicester City lock horns in a mouth-watering Premier League encounter.

A new dawn is rising at the Emirates as the ‘Gunners’ finally look to be genuine top-four contenders for the first time since 2015/16. Goals on either side of halftime fired Arsenal to a comfortable 2-0 victory away to Crystal Palace on the opening weekend, giving Mikel Arteta’s side their first Premier League clean sheet in 11 matches. A brace of 2-0 league triumphs over Leicester City last season gives Arsenal a reason to believe they could register back-to-back league shutouts for the first time since January. Furthermore, the Londoners have suffered just one defeat in their last 25 home league matches against Leicester (W20, D4), suggesting their bid to defy an underwhelming recent top-flight home record in August (W4, D2, L6) has solid grounds.

In the meantime, Leicester City opened the new season in the same fashion they completed the previous one, squandering a 2-0 lead to draw 2-2 with Brentford at home. Brendan Rodgers’ porous defence could get his side in a world of trouble in London, especially considering they have only kept one clean sheet across their last 26 Premier League outings on hostile turf. Indeed, you’d have to go back to February 2021 for Leicester’s last shutout against a current top-flight side. The ‘Foxes’ should be under no illusion that they could start keeping their opponents at bay now as they take on an Arsenal side against whom they lament a worst away league record of 35 losses in the club’s history. 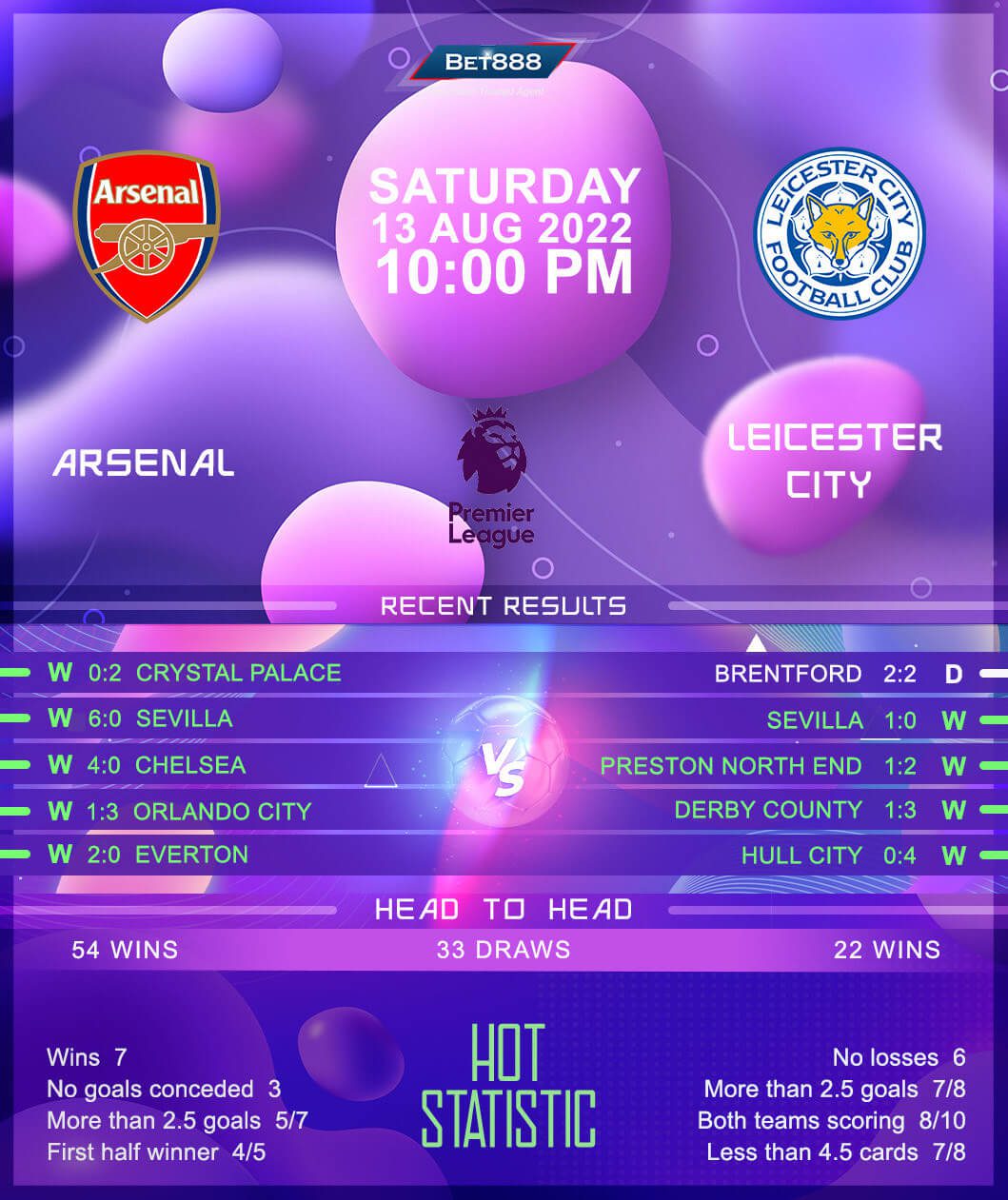