Arsenal successfully concluded their participation in this summer’s International Champions Cup after beating Chelsea on penalties, as they are looking to take on Lazio at the Friends Arena in Stockholm, Sweden, hoping for a positive outcome that might boost their confidence ahead of the oncoming Premier League campaign. Before defeating the Blues, the Gunners demolished Paris Saint-Germain by five goals to one, while Atletico Madrid managed to stop Unai Emery’s team by beating them after a penalty shoot-out. With the new EPL season just around the corner, the former Sevilla manager is looking to prepare his team the best he can, as the London side seems desperate to return to the Champions League next season after two years of absence. Meanwhile, Lazio had no troubles beating two soft opponents this summer, as Simone Inzaghi’s players recorded two comfortable triumphs over Triestina and SPAL scoring a total of six goals in those two matches while keeping a clean sheet both times. It will be the first time since 2000 these two teams play against each other, with Arsenal eliminated the Italian club 3-1 on aggregate eighteen years ago.

Emery won’t have Laurent Koscielny at his disposal after the French centre-back suffered a nasty injury in the Europa League semi-final against Atletico Madrid. On the other hand, Sergej Milinkovic-Savic returned to training following his participation in the Wolrd Cup with Serbia, which is very important to Inzaghi, considering how many top European clubs are looking to lure the tall midfielder out of the Stadio Olimpico. 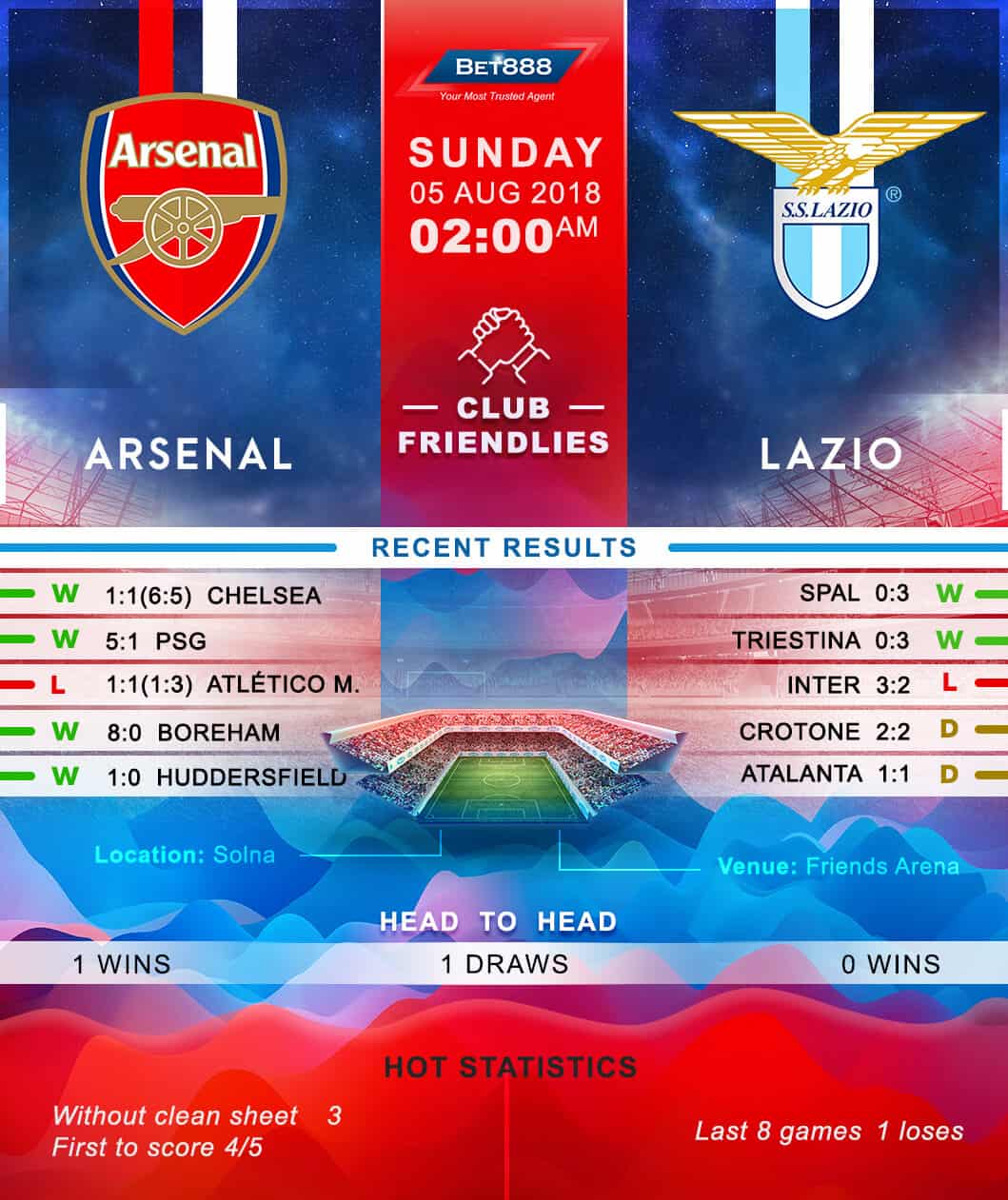