Arsenal will take on Leicester City at the Emirates Stadium, hoping to extend a 6-game Premier League winning streak.

Although the Gunners started the season off on the wrong foot, having suffered two straight defeats to Manchester City and Chelsea, Unai Emery has managed to drag his team out of a minor crisis. The London outfit have clinched nine consecutive victories in all competitions, scoring a total of 27 goals in the process ever since the Blues outscored them at Stamford Bridge. The 13-time Premier League winners have defeated West Ham, Everton, and Watford at home this season, keeping a clean sheet in the past two home matches.

On the other hand, with a record of four wins and four defeats, the Foxes are currently tied for 10th place with a +2 goal difference. The 2016 Premier League winners are one of just two teams that are yet to play out a draw in the English top flight this season. Besides, Claude Puel’s side only kept a clean sheet once on the road, allowing their rivals to score nine times in the process. Moreover, in the past seven visits to Emirates, Leicester have never managed to walk away with a positive outcome, having suffered all seven losses.

Petr Cech, Laurent Koscielny, and Sokratis are ruled out by injuries in the home squad, while Matthew James and Wes Morgan won’t be playing for the visitors. 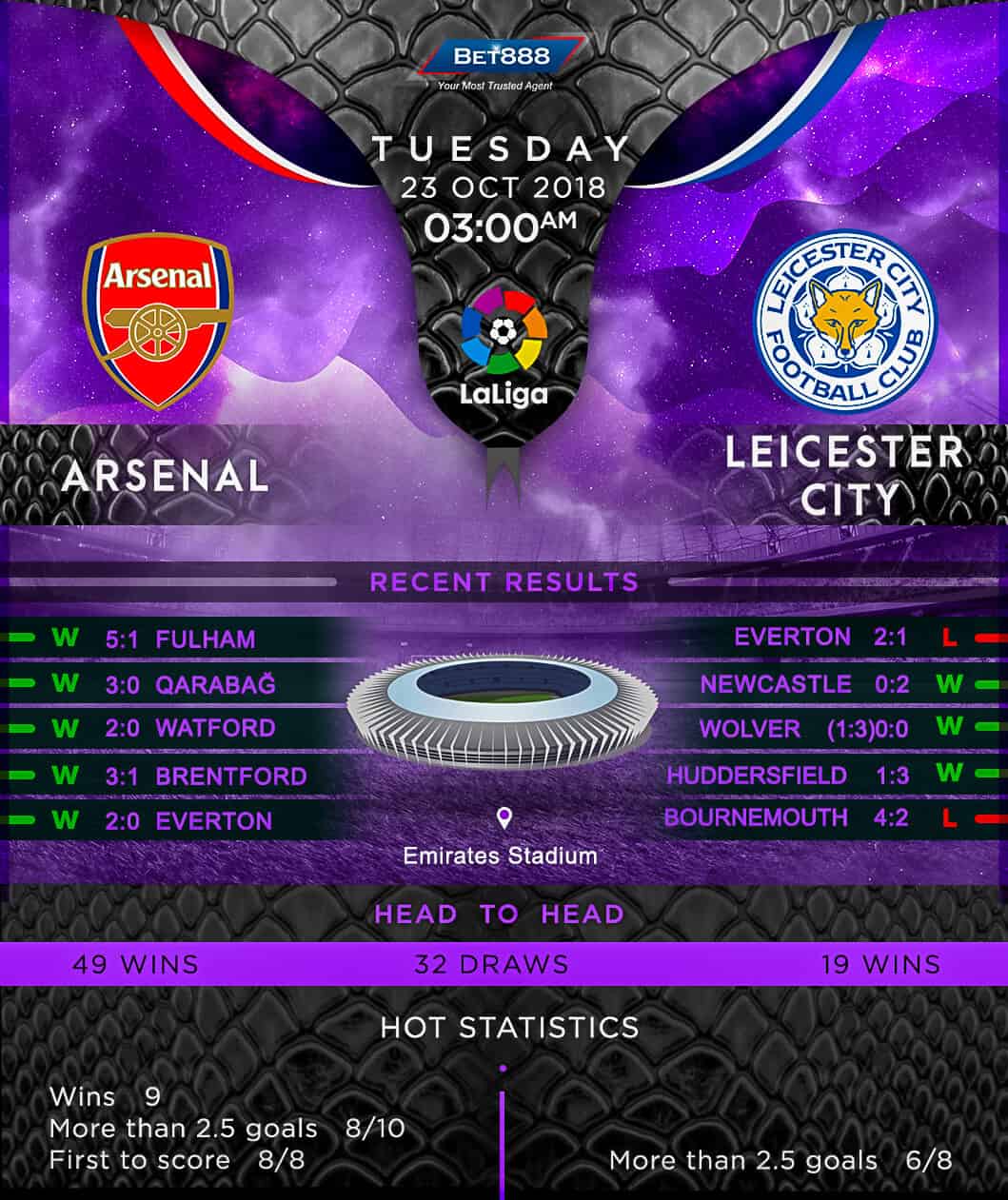