Arsenal host Chelsea after that controversial 1-1 draw at West Brom. The Gunners had a penalty scored against them in stoppage time, which led to an angry confrontation between Arsene Wenger and referee Mike Dean on the touchline.

It was a sour end to Wenger’s record 811th managerial outing, and squashed goalkeeper Petr Cech’s hopes of a record 200th clean sheet too.

In the meantime, Chelsea are unbeaten in their last six league games, winning five of them. They hold a seven-point buffer over their hosts. A nightmare scenario awaits the Gunners, where a Chelsea win here plus wins for Spurs in their two games in hand, could see them trail by five points behind the top four zone.

In all competitions, no team have won more away matches at Emirates Stadium than Chelsea’s five (level with Manchester United).

Arsenal will not have the services of Mesut Ozil, who pulled out of the West Brom draw with a knee injury. The tough-as-nails defender Sead Kolasinac is also doubtful after limping off against the Baggies.

David Luiz and Charly Musonda miss out for Chelsea, but Antonio Conte will be rubbing his hands with glee as his midfield generals Eden Hazard and Cesc Fabregas were rested in the 5-0 walloping of Stoke on Saturday. 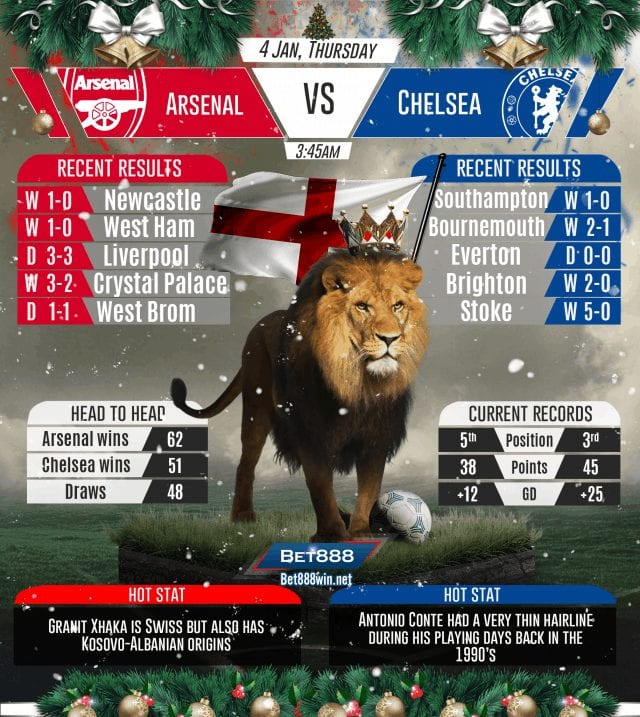