A massive London derby, the one between Arsenal and Chelsea, will take place at the Aviva Stadium in Dublin as part of the most prestigious summer tournament, International Champions Cup. The encounter in the Republic of Ireland will be the Gunners’ third ICC match, as they have already lost to Atletico Madrid on penalties after the game ended in a 1-1 draw and pulled off an amazing 5-1 victory over Paris Saint-Germain, who it’s fair to be said played without almost entire starting eleven. Before those two matches, Arsenal achieved a comfortable 8-0 win over Boreham Wood, which was also Unai Emery’s first game in charge. As for the Blues, they kicked off the preparation campaign with a 1-0 win over the Australian side Perth Glory before defeating Inter Milanon penalties after the score was level in the regular 90 minutes. As both clubs went through a transitional period this summer that included a change of managers, this will be the first head-to-head meeting between Unai Emery and Mauricio Sarri, with bothof them encountering their first Premier League engagement.

After an uninspiring performance against PSG, Iwobi will hardly start from the first minute, which means Alexandre Lacazette might return to the starting eleven. Pedro, on the other hand, should be the player to cause the majority of problems for shaky Arsenal’s defense, as he was the one to show the most of all Chelsea’s players in the two previous games. 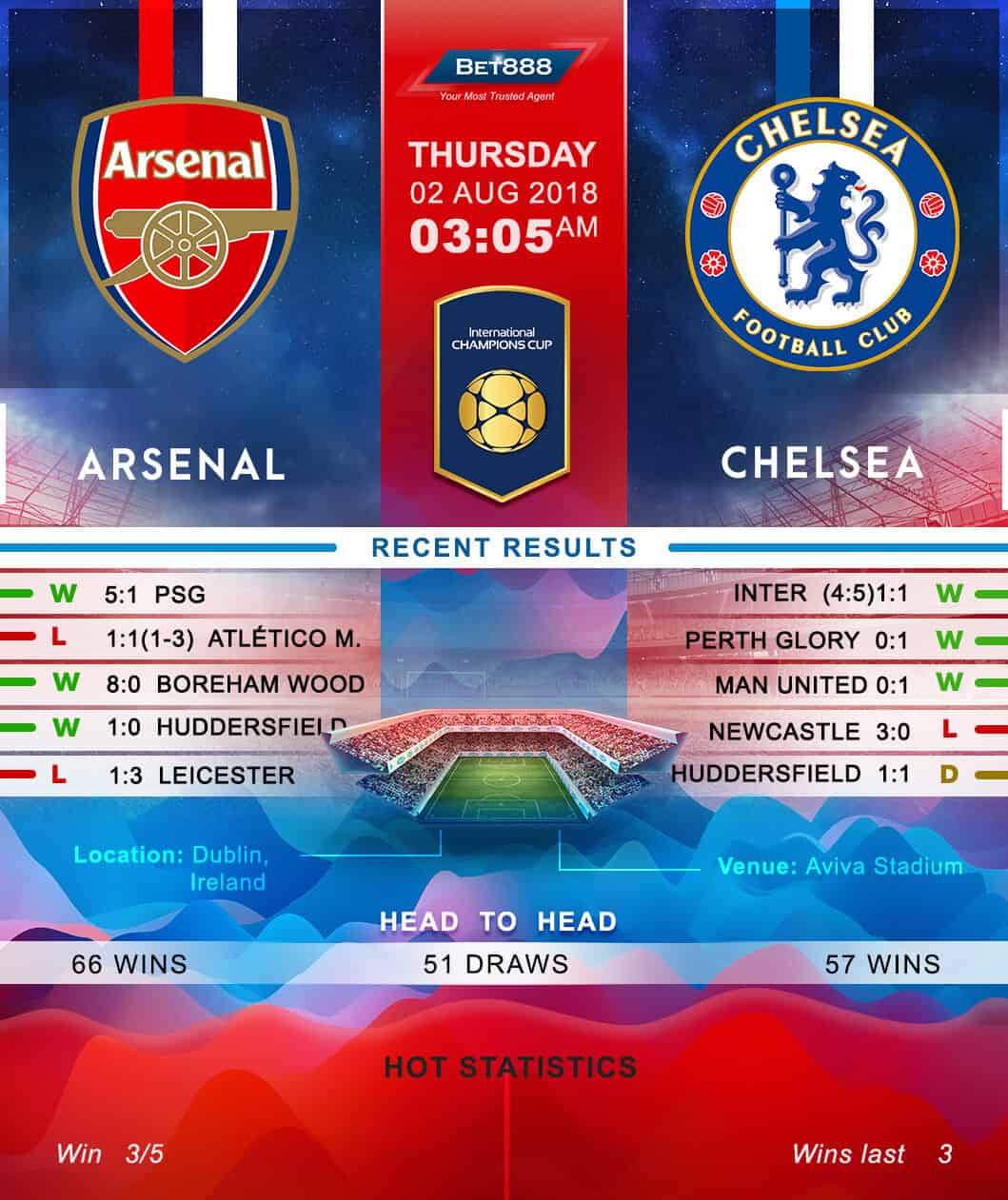