Arsene Wenger’s last season in charge of Arsenal has gone very wrong for the Gunners, as they’ve failed in the Premier League miserably, but the Europa League elimination to Atletico Madrid in the semi-finals has definitely left Arsenal without any chance of featuring the Champions League for the second year in a row. In such an atmosphere, the North London side will face off Burnley at the Emirates Stadium looking to extend the gap between the two teams to six points. Although the Clarets’ first objective ahead of this EPL campaign was to secure their place among the English top flight for another year, an excellent teamwork and some stunning performance in the second half of the season have led them to the Europa League promotion battle. The Gunners have four consecutive victories at home in the league, while Burnley won three matches in a row on the road before drawing 1-1 with Stoke. However, this game could be crucial for the visitors, who are hoping to return to Europe after almost fifty years.

Santi Cazorla and Mohamed Elneny are ruled out with injuries for the hosts, while Ben Mee, Steven Defour, Robbie Brady, and Scott Arfield are all set to skip the encounter for Burnley, as all are yet to overcome physical problems. 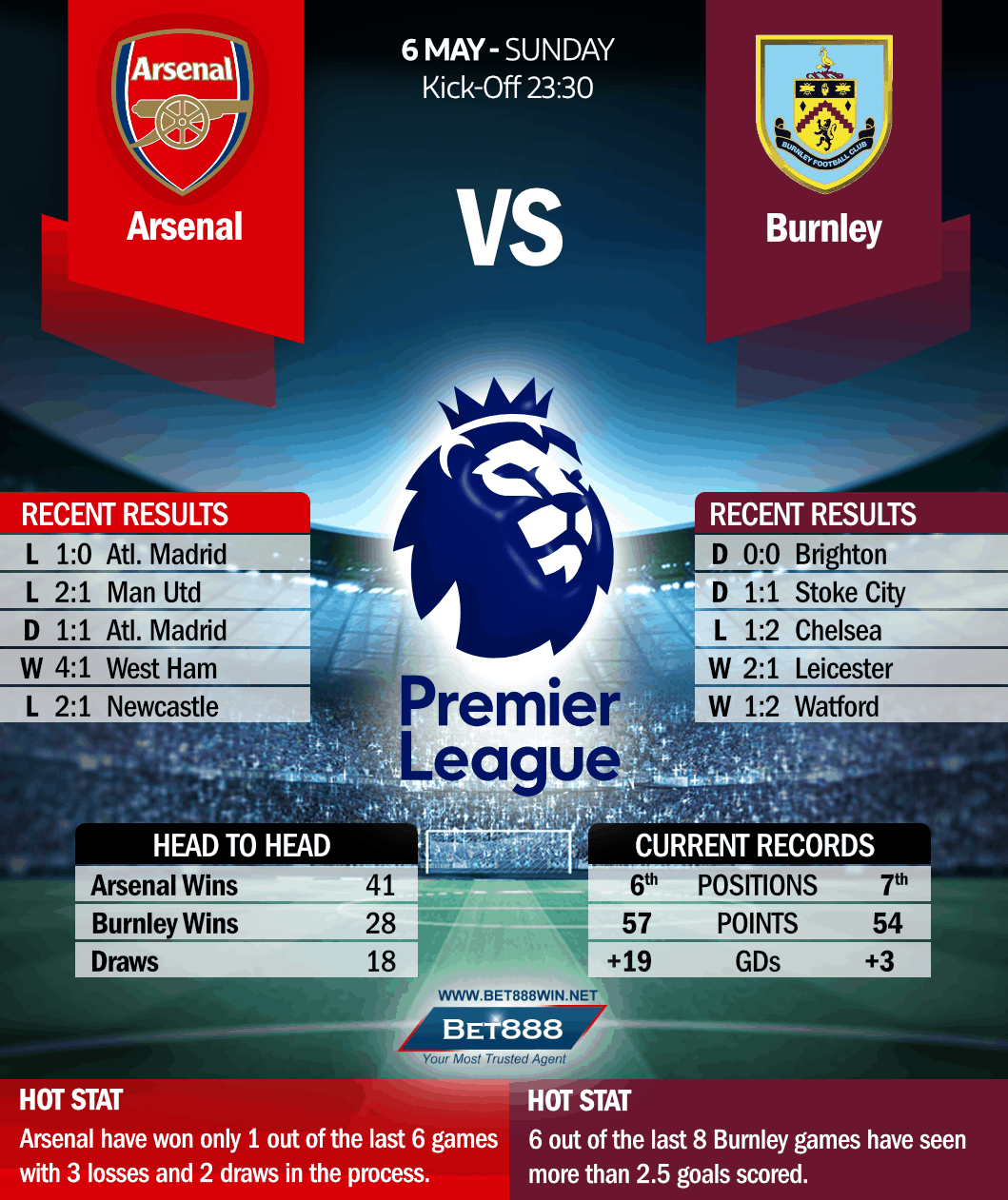