High-flying Arsenal claimed a well-deserved 1-0 win at fierce cross-town rivals Chelsea to set themselves up nicely for their curtain-raising EFL Cup fixture. Domestic season has been nothing short of astonishing for the ‘Gunners’ so far, as they’ve only lost once in their opening 13 Premier League outings (W11, D1) to seize control of the top place and emerge as surprising title candidates. It’s been years since visiting the Emirates looked this intimidating, with Mikel Arteta’s men winning all nine competitive home matches this season, including four of the last five without conceding.

In the meantime, travelling Brighton followed up an eye-catching 4-1 thumping of Chelsea with an equally impressive 3-2 beating of Wolverhampton Wanderers at the weekend. Roberto De Zerbi’s poor five-game winless start to his managerial career in the Premier League (D2, L3) now looks like a distant memory. High scoring has been a common theme during the Italian’s early stint at the AMEX Stadium, with four of Brighton’s seven games under his stewardship seeing over 3.5 goals and both teams scoring. By contrast, three of Brighton’s five previous league visits to Arsenal have featured under 2.5 goals, highlighting the potential for a cagey, evenly contested affair. 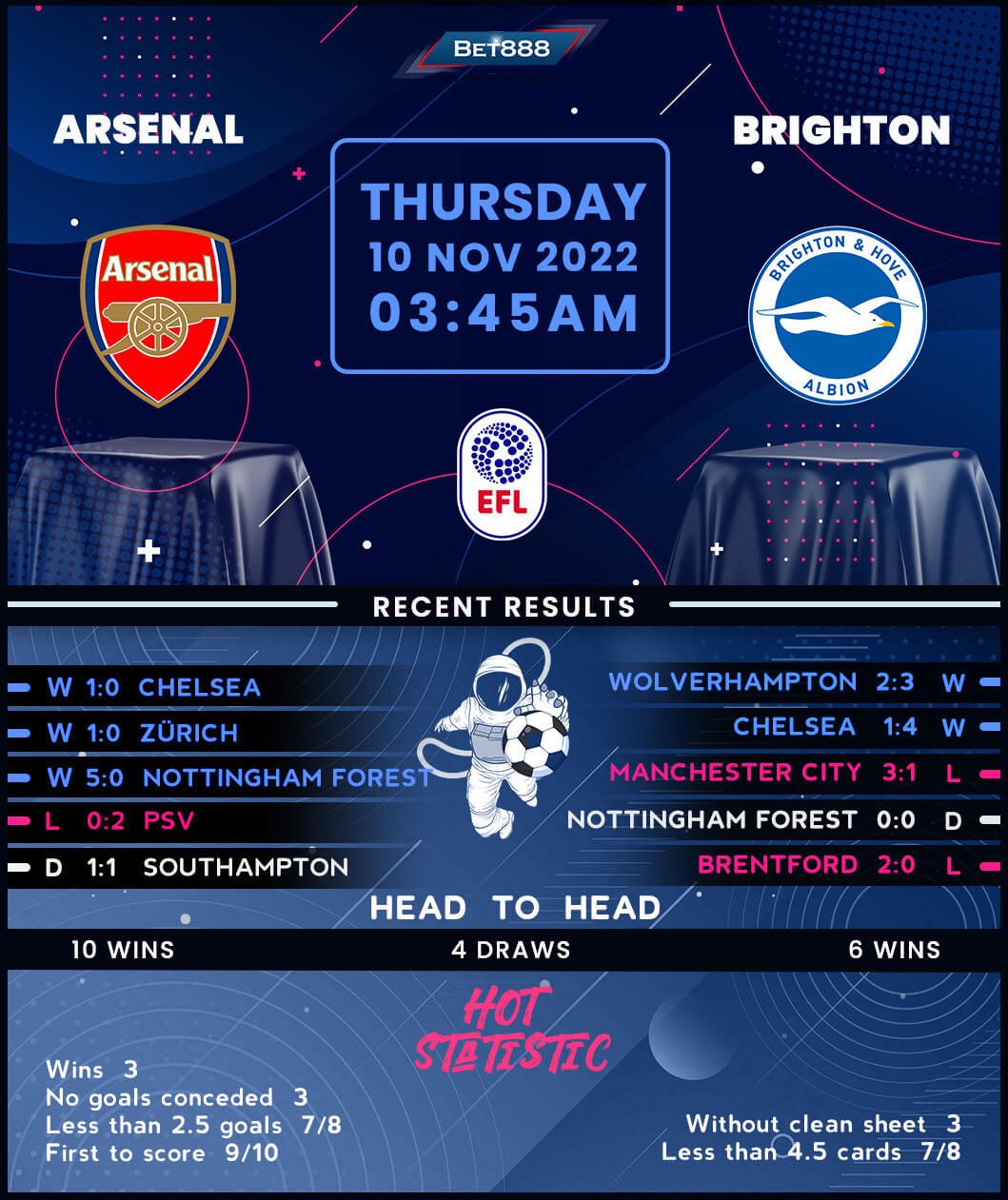