Arsenal’s second-string side fell to a dreadful 4-2 defeat to Championship outfit Watford in their opening mid-season friendly but immediately bounced back with an overwhelming 3-0 demolition of Ligue 1 heavyweights Lyon. The ‘Gunners’ will hope to stay on that upward trajectory when they take on a Milan side they’ve defeated in their last three European encounters by an aggregate scoreline of 8-1. But Arsenal’s consistency woes could throw a spanner in the works, with Mikel Arteta’s team fluctuating between victories (3) and losses (2) across their last five outings. Interestingly, six of Arsenal’s eight previous games (won/lost) have seen the winner keep a clean sheet, highlighting the importance of getting on the scoresheet first.

Meanwhile, AC Milan headed into the World Cup break riding on a decent four-match unbeaten streak (W3, D1), including a 4-0 humbling of RB Salzburg, which fired them into the Champions League knockout stages for the first time since 2013/14. However, their Scudetto title defence has stuttered, with Stefano Pioli’s side already lagging a staggering eight points behind Serie A leaders Napoli. ‘I Rossoneri’ can at least draw inspiration from an optimistic goalscoring form, as they’ve netted 2+ goals in three of their last four outings. However, a quick look at Milan’s underwhelming five-game form outside San Siro may dampen the enthusiasm (W2, D1, L2). 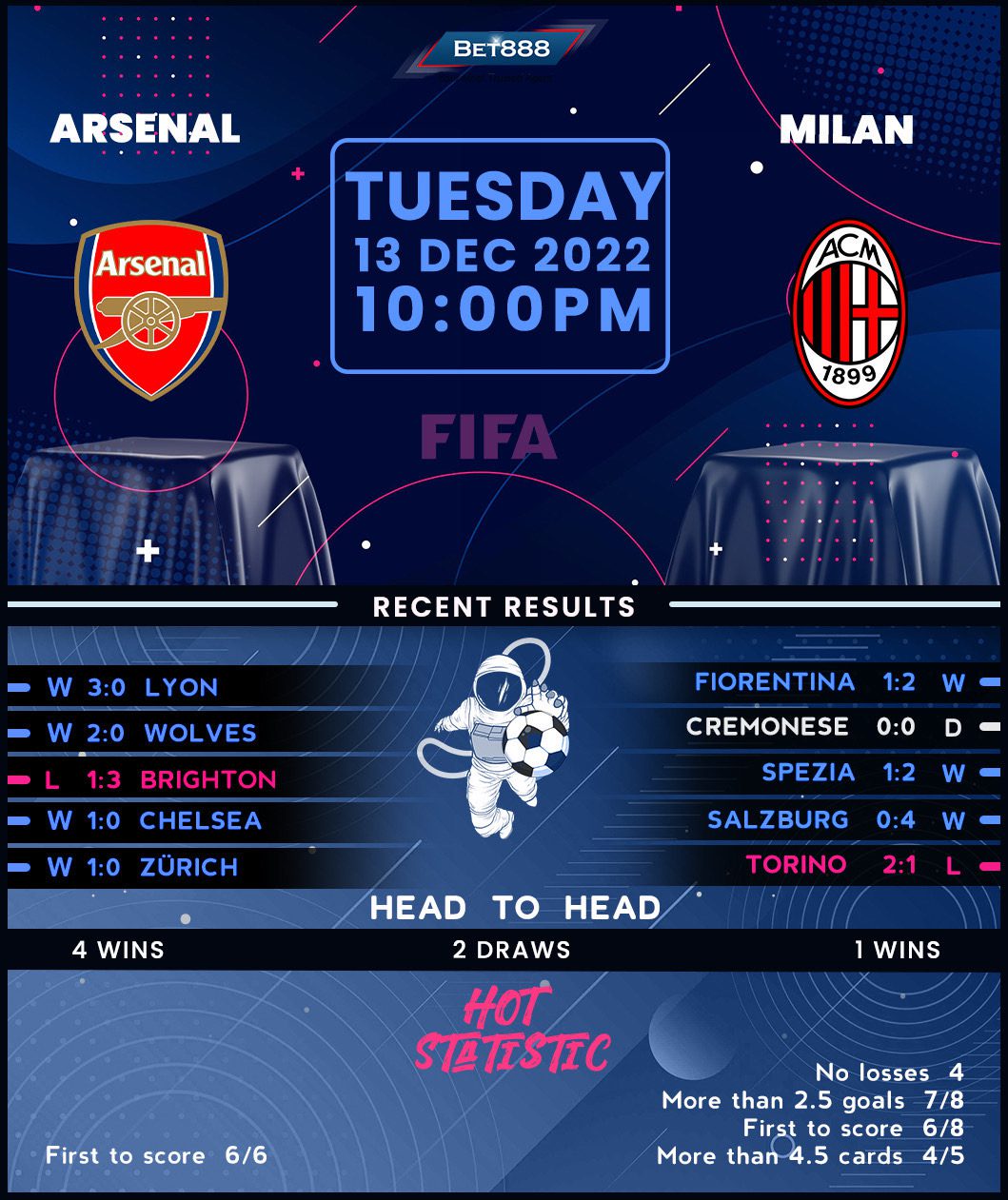