Comprised by the likes of Argentina, Croatia, Iceland, and Nigeria, Group D is arguably the most unpredictable group at the final tournament, with the South America giants looking to take on the Nordic island country in the opening match of the group. The Albiceleste experienced a turbulent qualifying period, considering they’ve only managed to qualify for the 2018 FIFA World Cup in the final round of the continental qualification competition. Looking at the quality Argentina possess within their ranks, they should be one of the main pretenders for the World Cup title, but so far they failed to maintain consistency and stability, which might produce some unwanted results at the final competition. Emerged as EURO 2016 sensation, Iceland managed to keep their performance at the highest level even during the UEFA qualification, finishing top of their respective group, precisely ahead of Croatia, whom they will meet later in the group stage.

Led by the likes of Messi, Aguero, and Di Maria, Argentina possess one of the most deterrent attacking departments at the tournament, with all of them are supposed to start from the first minute. As for Iceland, Alfred Finnbogason and Gylfi Sigurdsson are the ones that should cause the vast majority of difficulties to a shaky Argentina backline. 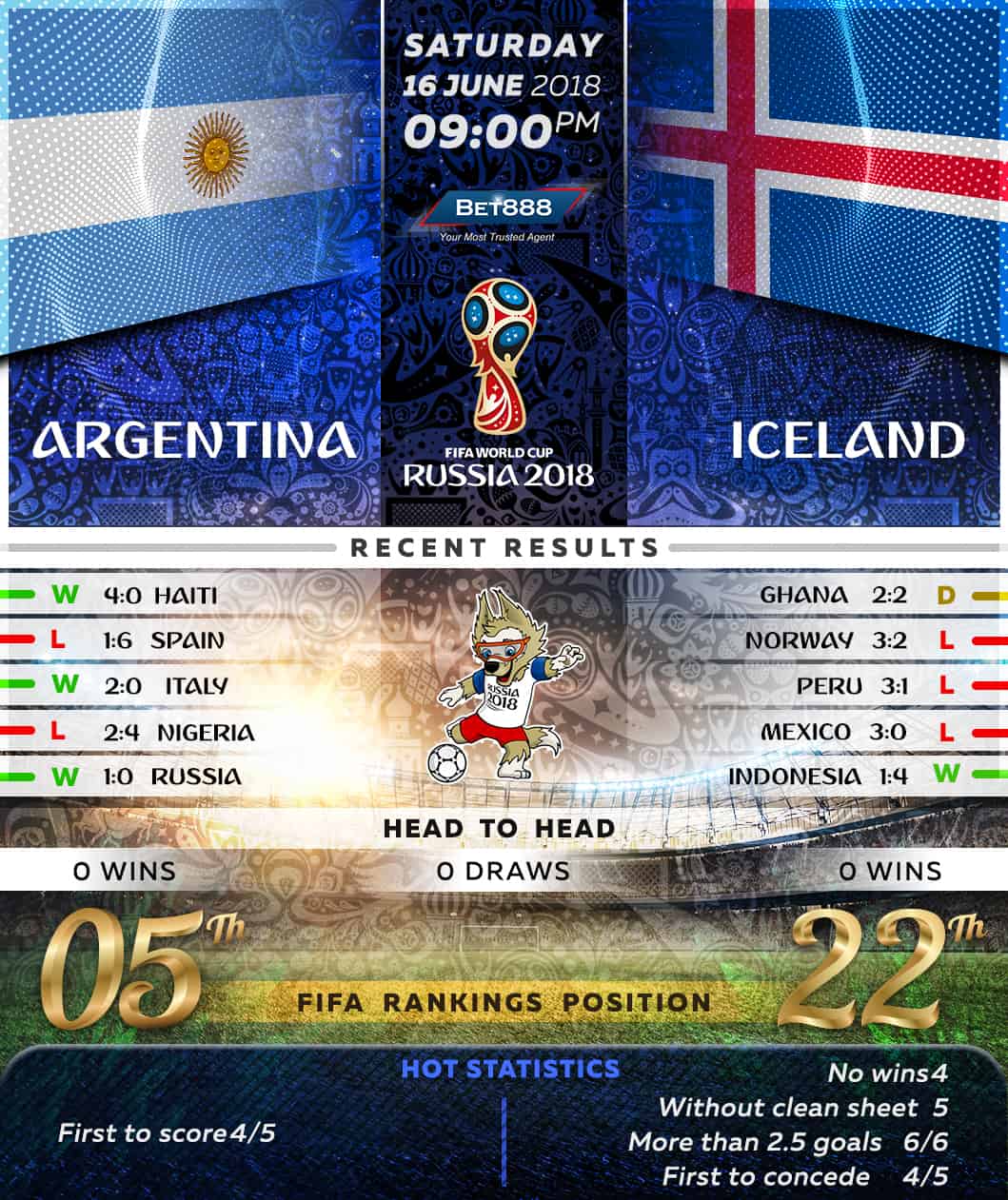