Argentina will feature in a low-profile friendly match against Guatemala that will take place at the Los Angeles Memorial Coliseum in Los Angeles, patiently preparing themselves for a life after Lionel Messi, who announced a retirement from the international football.

La Albiceleste, who barely found their way to Russia, once again disappointed home supporters by facing the elimination already in the round of 16 after losing to France by four goals to three.The uninspiring performance and lack of commitment saw Jorge Sampaoli getting fired by the Argentinean Football Association, with many familiar faces greeting the international football following the World Cup fiasco.

On the other hand, La Azul y Blanco only played one match in the last two years, defeating Cuba by three goals to nil back in August, but the encounter with the South America giants will be by far their biggest challenge since 2015 when they played out a 0-0 draw with Mexico. Since taking charge of the national team, Walter Claverí has suffered two cruel defeats, 4-0 to the United States and 7-1 to Armenia, while his most impressive triumph came against Saint Vincent and the Grenadines that saw Guatemala destroying the semi-amateur opponents by nine goals to three. 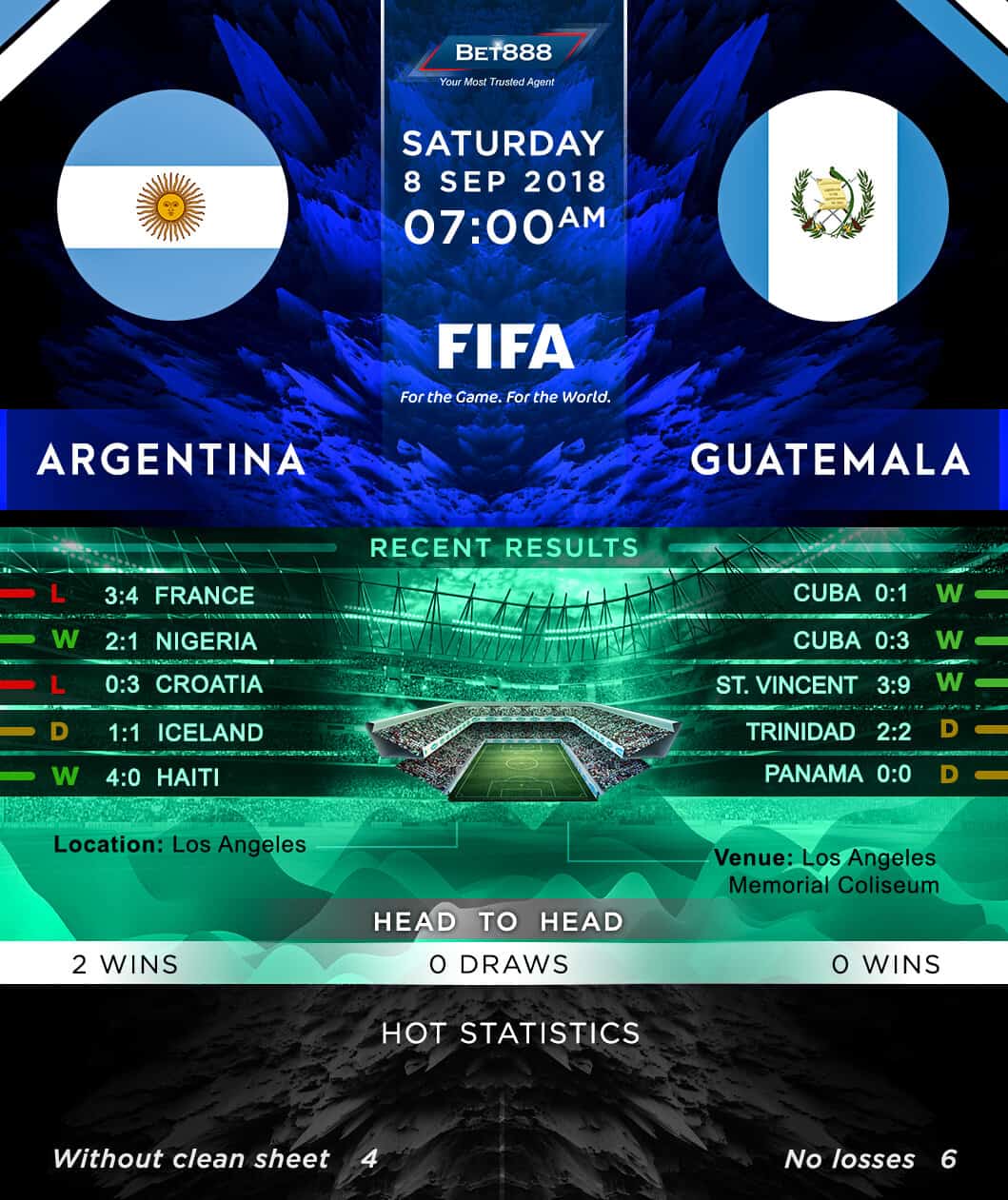