Air Albania Stadium is the venue as Albania and Italy meet in an international friendly for the first time since 2017.

A narrow 1-0 loss to World Cup hosts Qatar last time out extended Albania’s poor spell of form to nine consecutive winless internationals (D5, L4). With six of those nine games featuring under 2.5 goals and Albania netting one or fewer in all nine, it’s reasonable to anticipate a low-scoring fixture. Adding to this sentiment, the Albanians have lost all three previous H2Hs against Italy without scoring in matches garnering under 2.5 FT goals. You’d need to go back to September 2021 and Albania’s 5-0 demolition of FIFA’s worst-ranked nation San Marino for the last time Edoardo Reja’s men bagged more than one goal per game. That indicates Italy’s backline could have a field day in Tirana.

Meanwhile, visiting Italy will show up in the Albanian capital in a confident mood despite failing to qualify for the World Cup finals twice in a row for the first time in the country’s history. Roberto Mancini’s men have bounced back from another ill-fated World Cup qualifying campaign, coming from behind to earn a top-place finish in the 2022/23 UEFA Nations League Group A/3. Despite racking up just one win in the opening four rounds (D2, L1), consecutive triumphs over Hungary and England ‘to nil’ helped ‘Gli Azzurri’ leave the likes of Germany and the ‘Three Lions’ in their wake. But it’s worth noting the Italians have only won twice on their last six international travels (D3, L1), drawing a blank on 50% of those trips. 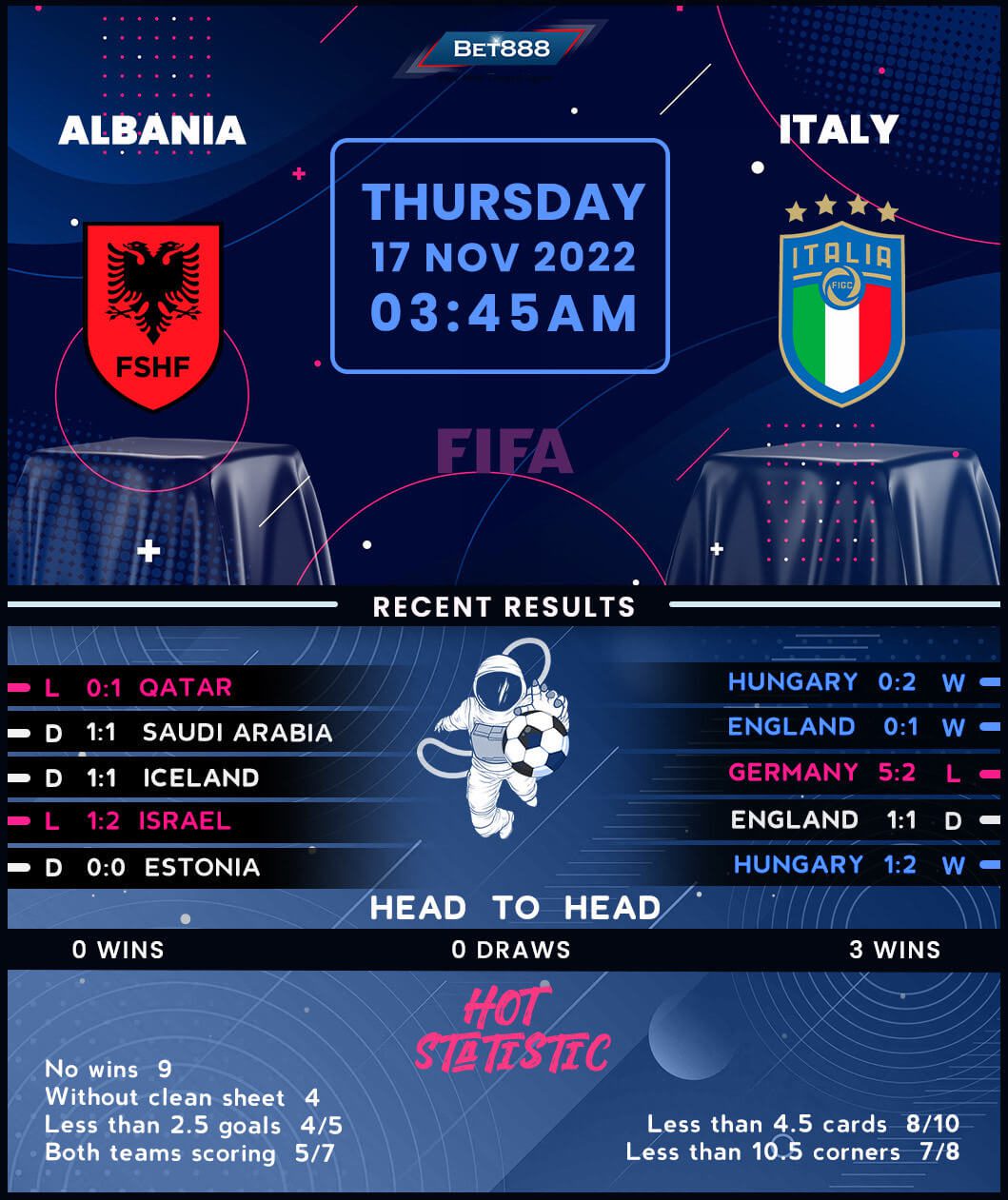