At the Johan Cruijff Arena in Amsterdam, the most successful Dutch club Ajax will host the Ukranian giants Dynamo Kiev in the first leg of the Champions League playoff round. The Lancers have eliminated the Austrian side Sturm Gratzin the second qualifying round, beating them in both matches, 5-1 on aggregate, after which they managed to outscore Standard Liege, whom they have defeated 3-0 at home after the first leg ended in a 2-2 tie. Apart from taking part in the Champions League qualifications, the Sons of the Gods have also featured in two Eredivisie games, failing to secure three points against Heracles in front of the home supporters, while Dusan Tadic brought them first league victory, in the 90th minute, against Venlo on the road. On the other hand, Dynamo Kiev started the Ukranian Premier League with four wins in the first four fixtures, but failed to demonstrate the desirable performance, as all of those victories were by a narrow one-goal margin. Meanwhile, Alyaksandr Khatskevich’s team has managed to leave up to expectations in the last Champions League qualifying round, where they have eliminated Slavia Prague thanks to a 2-0 triumph at home after the first game ended in a 1-1 draw. However, the encounter against Ajax will be by far their toughest test since beating the arch-rivals Shakhtar Donetsk by one goal to nil earlier this month.

Kasper Dolberg and Joel Veltman will skip the big showdown due to injuries, while the appearance of David Neres and Daley Sinkgraven still hangs in the balance. As for the visitors, according to the latest reports, they will arrive in Amsterdam at full strength. 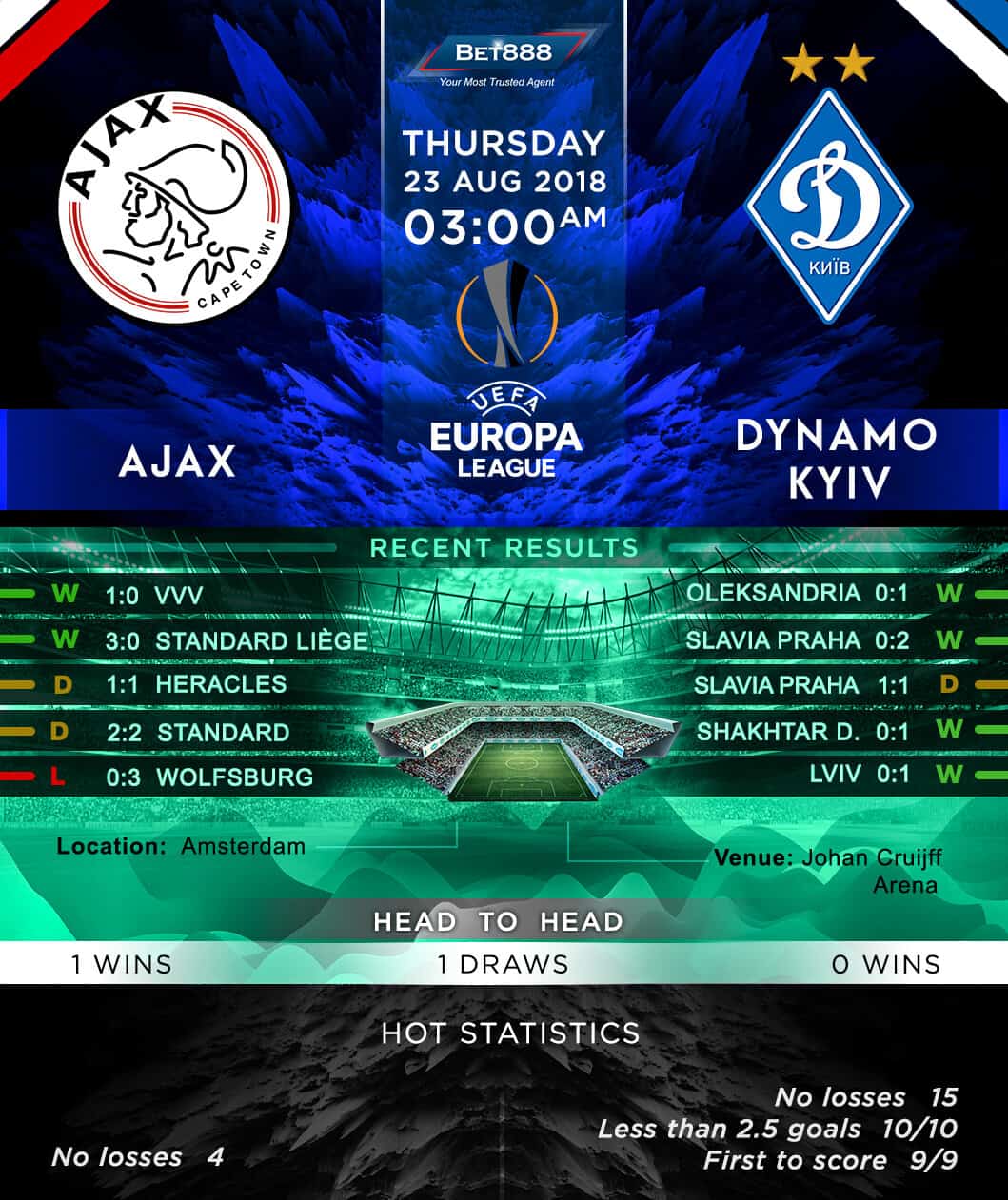