The Champions League Group E derby between Ajax and Bayern Munich at the Johan Cruijff Arena will see the hosts trying to overtake German heavyweights on the top of the table.

Still unbeaten after the opening five Champions League clashes, the Lancers have already gone past the group stage, having secured three wins while being held to two draws in the run. Although they were held to a 1-1 draw to Bayern in the first leg in Munich, Erik ten Hag’s players showcased better attacking football than their rivals. Meanwhile, having conceded just two goals and kept a clean sheet on three occasions so far, the Dutch outfit holds the joint-best defensive record in the most prestigious club competition in Europe. What’s more, Ajax are going through a remarkable time, as they’ve won 13 out of their last 15 competitive games, including the one over Zwolle last weekend.

On the other hand, the Bavarians have managed to bounce back from a difficult period which has seen them struggling to secure a victory in seven out of 12 competitive encounters. Niko Kovac’s men have racked up a promising three-game winning run across all competitions, hammering Benfica at home by five goals to one in the process. Already ensured their place in the round of 16, the reigning Bundesliga champions are looking to post their fourth consecutive Champions League triumph and complete the group stage with a record of five wins and one draw. The Reds are also desperate to step up their defensive displays after conceding at least one goal in four out of their last five matches across all competitions. 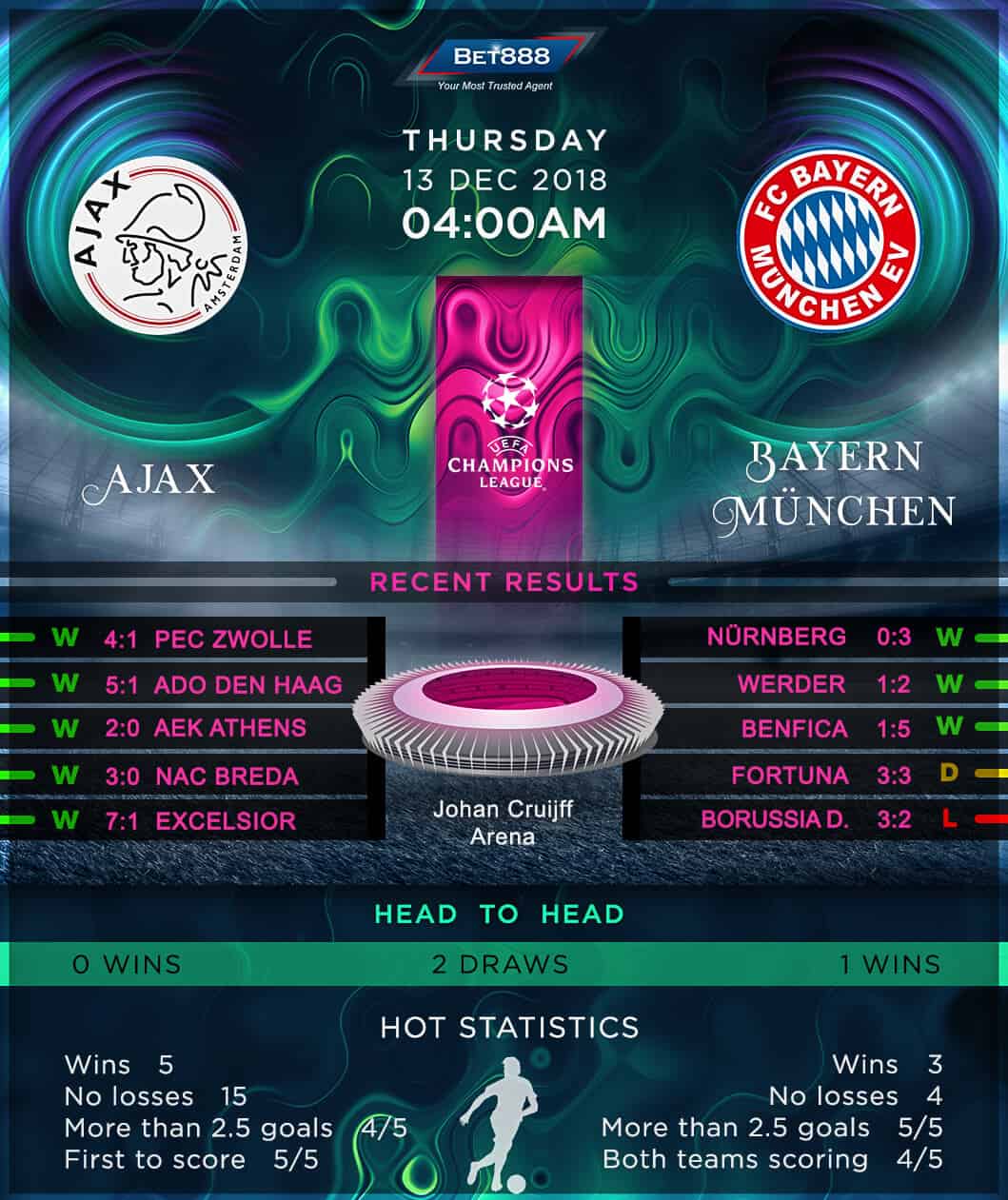