Underperforming Paris Saint-Germain take a trip to the Stade François Coty to encounter newly-promoted Ajaccio in a seemingly routine Ligue 1 task for the joint-record French champions.

Relegation-battling Ajaccio defied the odds to pull off an eye-catching 2-1 win at Marseille on their latest Ligue 1 travel but immediately returned to old habits, letting Troyes peg them back in last weekend’s 1-1 draw. L’ours head into proceedings as outsiders to post their first home league win of the season following five straight failed attempts to get off the mark in the 2022/23 Ligue 1 home campaign (D1, L4). But Olivier Pantaloni’s men have shown signs of improvement following a catastrophic seven-game winless Ligue 1 start (D1, L6), racking up two wins across their last four league outings (D1, L1). On top of that, Ajaccio can draw more confidence from their stunning 69% unbeaten ratio against PSG in Ligue 1 (W3, D8, L5), suggesting the visitors could get a run for their money after all.

In the meantime, Neymar’s strike late in the first half handed PSG a narrow 1-0 home win over fellow Ligue 1 title hopefuls Marseille last time out, maintaining their 100% unbeaten top-flight start (W9, D2). However, fatigue looks to be catching up with Christophe Galtier’s men, who have netted under 1.5 goals in five of their last six matches across all competitions (W3, D3). Indeed, scoring has been an issue for Kylian Mbappe & Co of late, as they’ve bagged one goal or fewer in their last three competitive outings on hostile turf (W2, D1). Yet stretching back to the 2021/22 season, ‘Les Parisiens’ are unbeaten in ten consecutive Ligue 1 games on the road (W8, D2), including the last four without conceding. 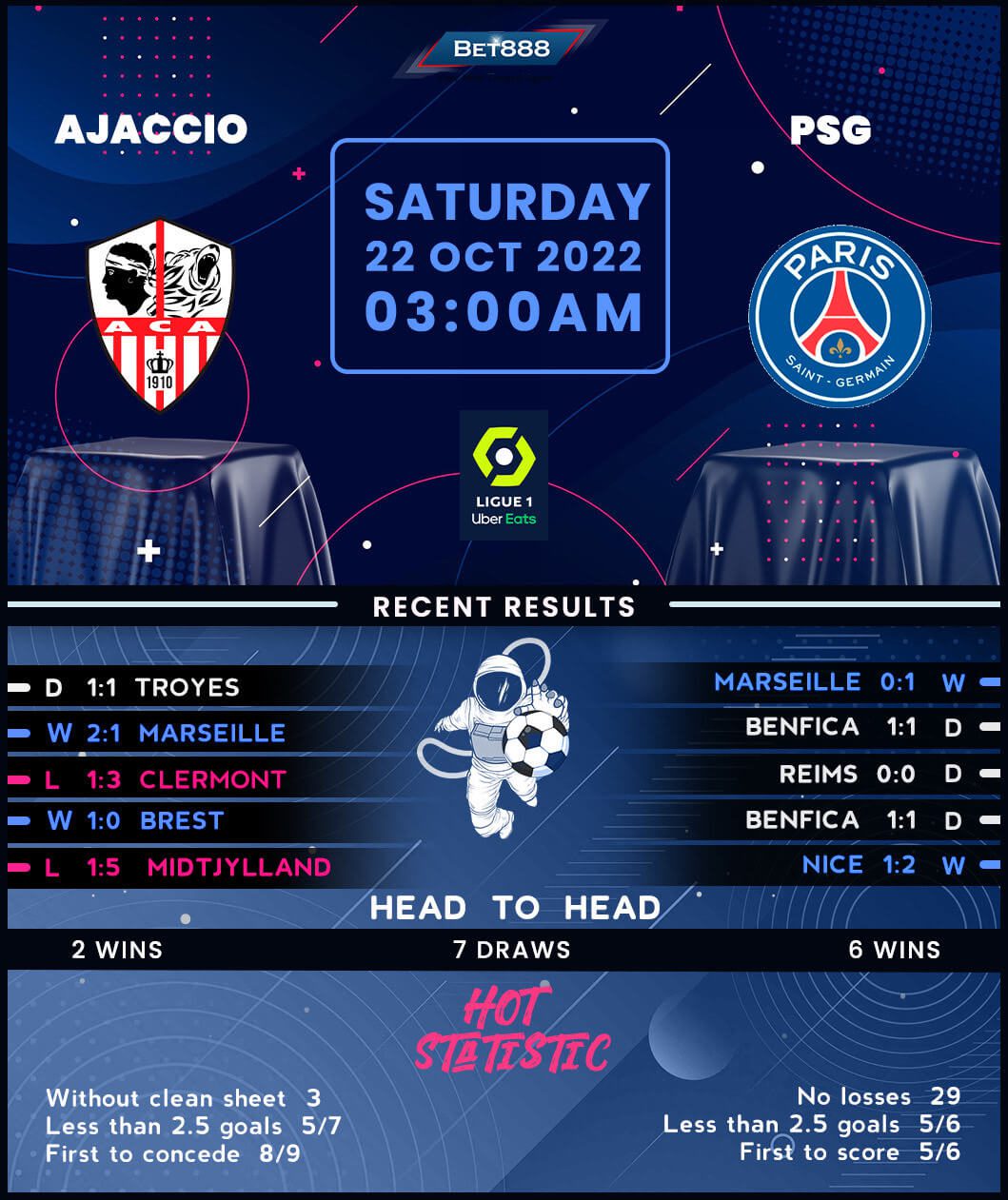