Gary O’Neil’s men have seemingly developed a habit of squandering a handsomely-looking lead. Indeed, they’ve lost their last two Premier League outings despite bosting a two-goal cushion on each occasion, including a ‘goal-friendly’ 4-3 defeat at Leeds United at the weekend. On top of that, the ‘Cherries’ have lost their last two home matches via a single-goal margin after going unbeaten in three beforehand (W1, D2). They have at least established some defensive resilience following a leaky 2022/23 start, conceding under 1.5 goals in four of their last five home outings. If that’s not enough to tuck them into a confident mood, Bournemouth haven’t lost any of their four previous home meetings with Everton (W3, D1).

In the meantime, Everton collapsed at home over the weekend as fellow bottom-half Premier League underachievers thumped them 2-0, marking their second scoring blank in succession (D1, L1). A lack of firepower up top has seen Frank Lampard’s men fail to get on the scoresheet in four of their last five encounters against fellow top-flight rivals (W1, D1, L3). Playing outside Goodison Park is unlikely to bolster Everton’s bid to progress beyond this EFL Cup round, considering the ‘Toffees’ have only won once in their last six away league matches (D3, L2). Low scoring has been a common theme during that sequence, with five of those six fixtures featuring under 2.5 total goals, highlighting the potential for a cagey affair. 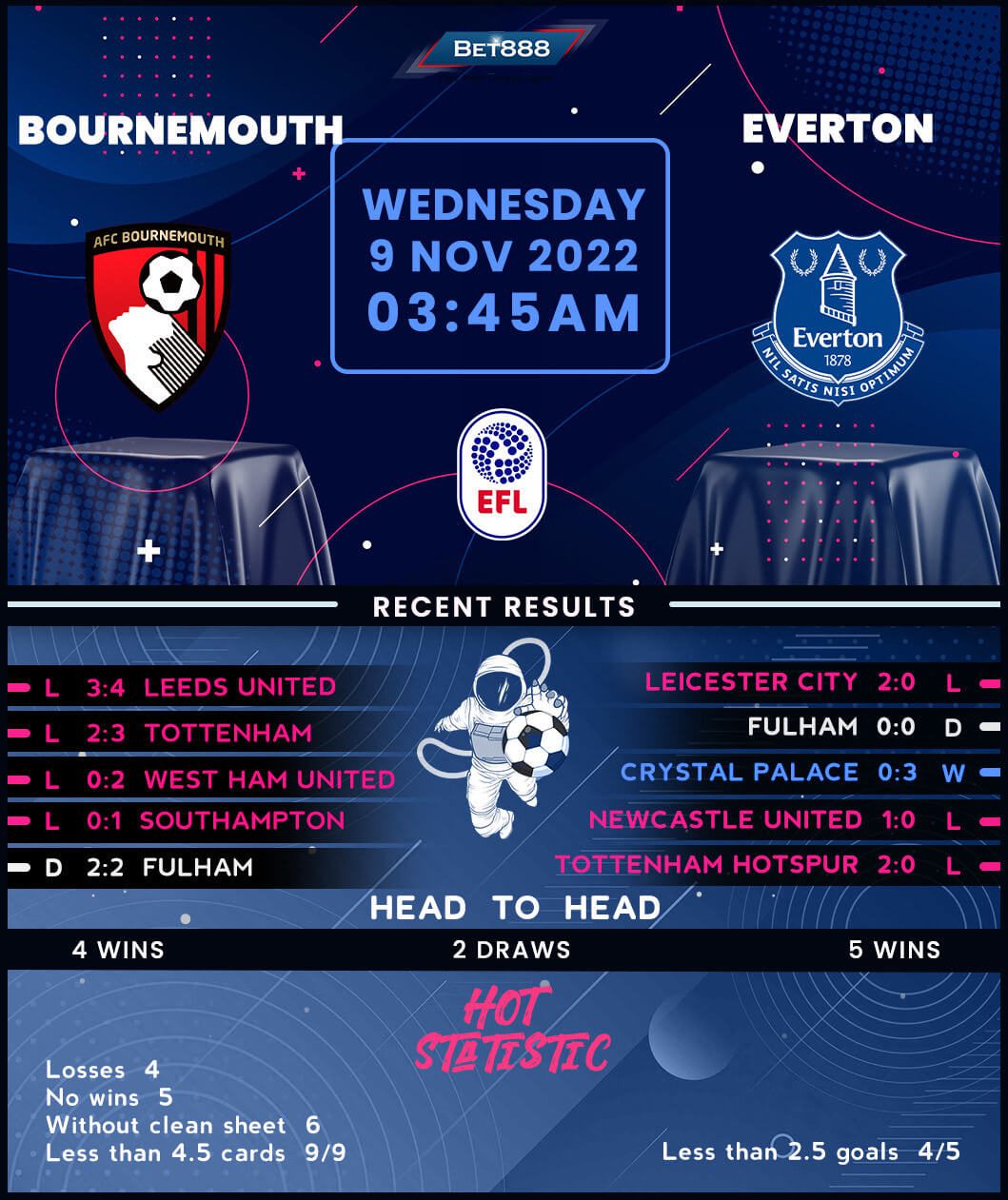