AC Milan will host Real Betis at the Stadio San Siro, looking for a victory that would see them cementing the top spot in the Europa League Group F.

Although the Rossoneri struggle to maintain form and consistency this season, they’ve secured both Europe triumphs, defeating the Luxembourg side Dudelange and the Greek outfit Olympiacos. Additionally, the Serie A giants have featured in four home matches this season and achieved three wins although they’ve failed to keep a clean sheet in all of those encounters. Gennaro Gattuso’s team also lost the city derby to Inter Milan last weekend, which has ended their 3-game winning streak.

On the other hand, Los Verdiblancos have the third-best defensive record in La Liga, having conceded just seven goals in the opening nine fixtures. However, with only five goals scored, they are the worst attacking side in the Spanish top flight. Los Heliopolitanos are currently second-placed team in Group F with four points, as they are yet to concede a goal in Europe so far. The Seville-based outfit comfortably outplayed Dudelange at home, after which they’ve played out a scoreless draw with Olympiacos.

Andrea Conti and Ivan Strinic are ruled out by injuries in the home side, while Andres Guardado, Joaquin, and Cristian Tello are doubts for the visitors. 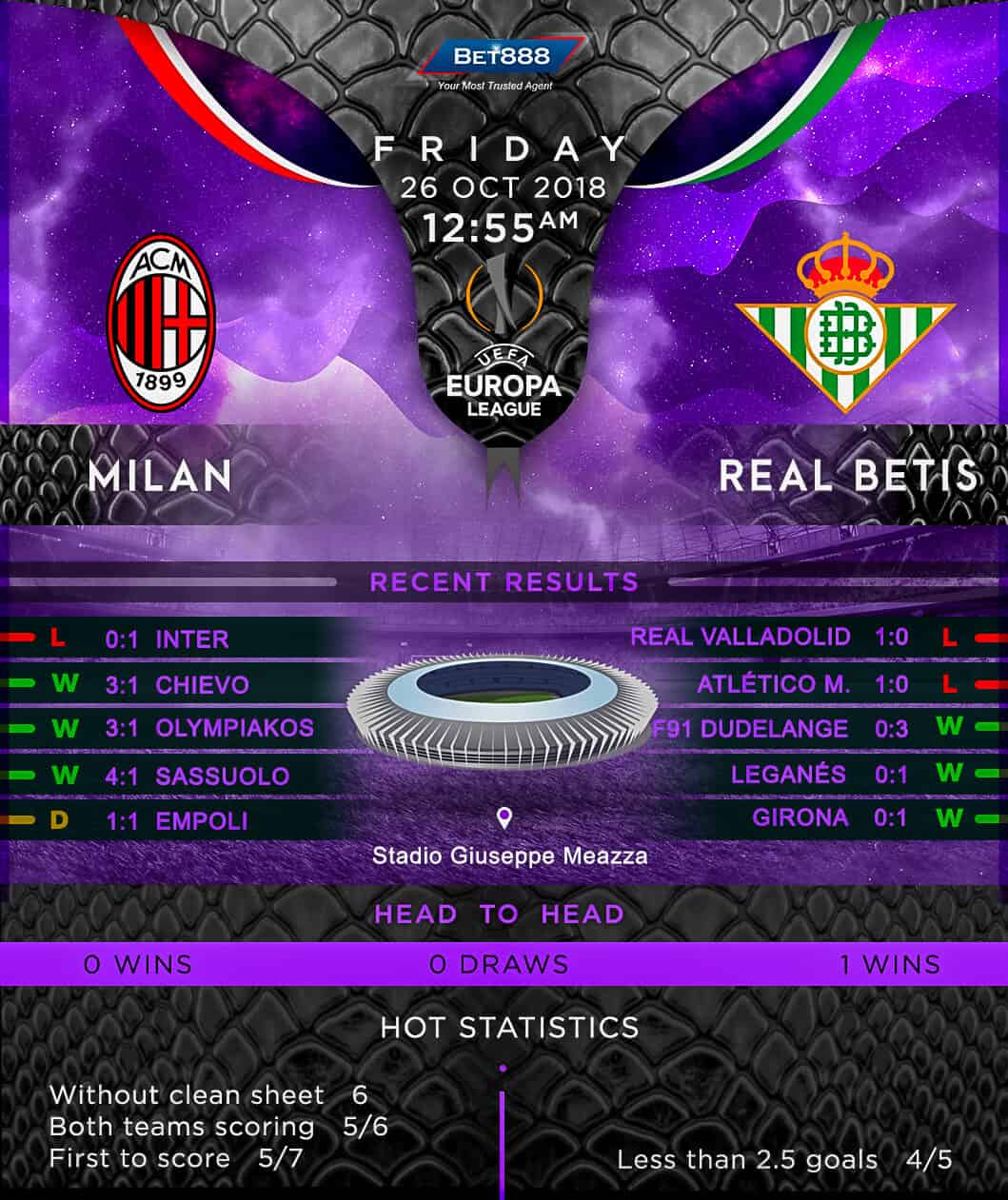