Stadio San Siro is the venue as AC Milan and Chelsea lock horns in a mouth-watering Champions League match-up.

AC Milan bounced back from last week’s 3-0 trouncing at Stamford Bridge with a morale-boosting 2-0 home win over fierce Serie A rivals Juventus at the weekend. But, the reigning Italian champions will have to translate their impressive domestic form to Europe if they’re to reach the Champions League knockouts for the first time since 2013/14. With just two points separating the four participants in Group E, ‘I Rossoneri’ will be looking to win back-to-back Champions League home games for the first time since 2011/12 following a 3-1 demolition of Dinamo Zagreb on matchday two. However, Stefano Pioli must be all too aware of his side’s underwhelming six-match winless Champions League streak at San Siro beforehand (D3, L3). Additionally, the Italian heavyweights have suffered four defeats in their last five Champions League home clashes against English adversaries (W1).

On the other hand, Graham Potter may have failed to beat RB Salzburg on his Champions League touchline debut (1-1) on matchday two, yet last week’s humbling of Milan has fired his Chelsea side to the top of Group E (W1, D1, L1). However, there’s a mammoth task on Potter’s hands. In addition to losing 1-0 in Zagreb on matchday one, the ‘Pensioners’ are winless on their last seven Champions League road trips to face Italian clubs (D1, L6), including five defeats in a row preceding this travel. There’s a piece of unwanted history looming over Chelsea’s heads after that loss in Croatia, as they could lose their first two away matches of a new Champions League season for the first time. Yet an emphatic 3-0 home victory over Southampton at the weekend should calm the nerves in the visiting camp. 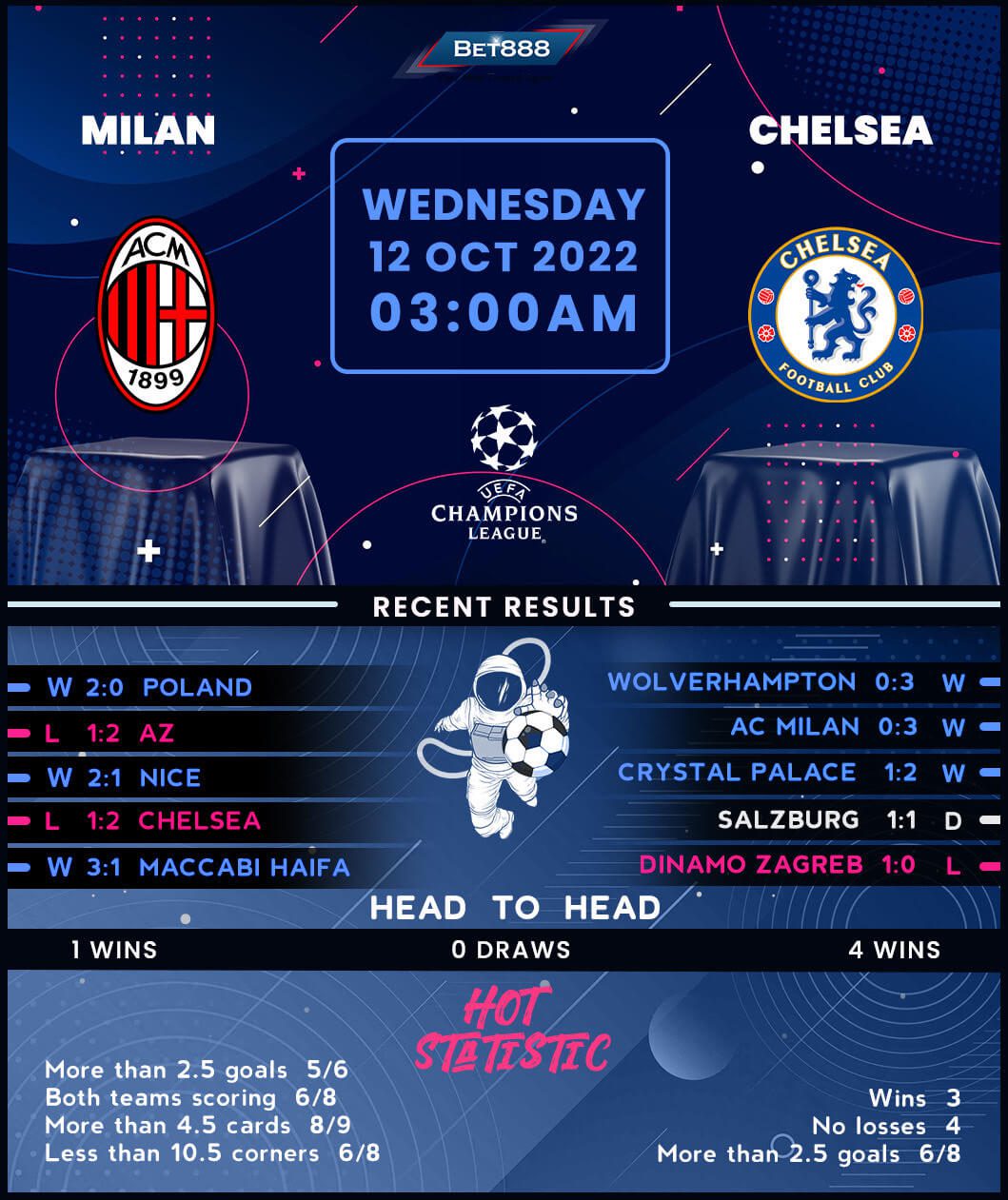