Yokohama F. Marinos will be keen to bounce back from a couple of underwhelming J1 League results (D1, L1) when they meet newly-promoted Kyoto Sanga at the Nissan Stadium.

Yokohama fell to a disappointing 1-0 defeat away to Avispa Fukuoka last time out, ending a run of four J1 League matches without losing (W3, D1). More importantly, they’ve lost further ground on table-topping Kawasaki Frontale, who are now five points clear at the league summit. Playing at the Nissan Stadium may help the ‘Marinos’ get back to winning ways almost immediately, as they’ve won a league-high 17 home points in this J1 League campaign (W5, D2), netting more goals (14) than any other side across such match-ups. Though their three-game top-flight home form against Kyoto reads indifferently (W1, D1, L1), it’s worth noting that this is their first such meeting since 2010.

In the meantime, Kyoto head into this matchday in the midst of a rotten patch, having alternated between defeats (3) and draws (2) across their last five league matches. A lack of scoring prowess has seen them fail to get on the scoresheet in three of those games, netting precisely once in the other two. However, finding the net on the road has not been so awkward for Kyoto thus far, as they’ve troubled the scoreboard on six of their seven top-flight travels this season. Curiously, Cho Kiw-jae’s men have rescued a league joint-high four away points from losing positions to date (W1, D1, L2). 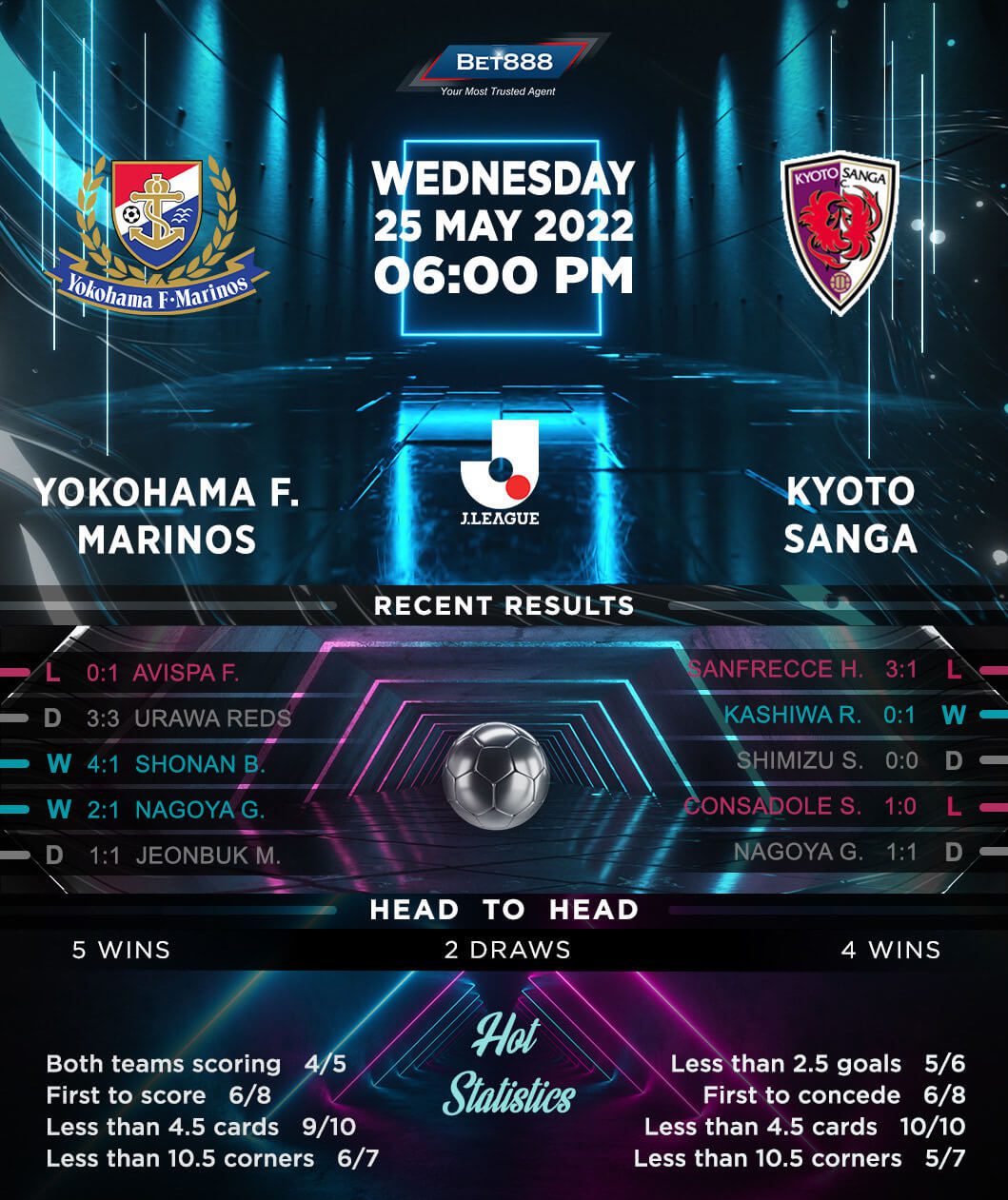