Wolverhampton Wanderers and West Ham United are set to square off at Molineux Stadium in a high-stakes Premier League relegation six-pointer.

Wolverhampton felt hard done by a controversial VAR call to rule out what would’ve been a late winner in their dramatic 2-2 FA Cup draw last weekend. Frustrations boiled over in midweek League Cup action as they hauled back a 1-0 halftime deficit to hold Nottingham Forest to a 1-1 stalemate, only to bow out on penalties. There’s no time for regrets, with Julen Lopetegui aiming to improve on his indifferent three-game managerial Premier League start (W1, D1, L1) and help Wolves whittle down a one-point gap on safety. Optimism remains high in the Spaniard’s camp, as each of his side’s three top-flight victories this season has come at the expense of sides starting the round inside the bottom six, including a 2-1 win at Everton on his league debut.

Meanwhile, West Ham posted their first competitive triumph in the post-World Cup period in the build-up to this clash, eking out a narrow 1-0 win at Brentford in last weekend’s FA Cup action. However, that’s irrelevant to their ongoing Premier League struggle, with David Moyes’ future hanging by a thread amid West Ham’s dreadful six-game winless league run (D1, L5). Level on points with 18th-placed Everton, the ‘Hammers’ start this round clear of the relegation zone on goal difference alone, highlighting growing pressure on Moyes. Encouragingly, though, they’ve won their last three Premier League encounters against Wolverhampton and could make it three H2H league wins in a row for the first time since 1958. 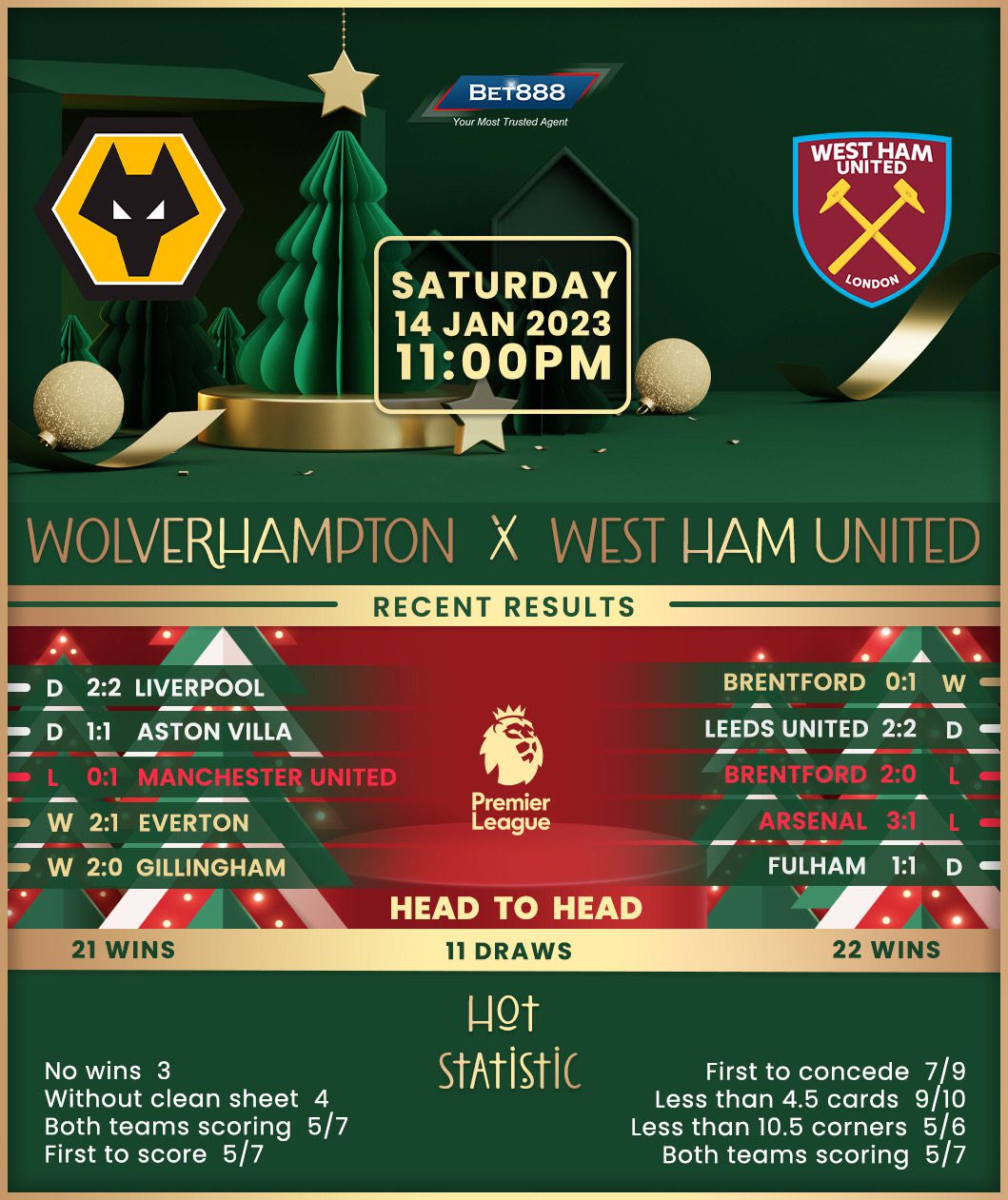