Premier League pacesetters Manchester City take a trip to Molineux Stadium to take on mid-table Wolverhampton Wanderers, looking to solidify their place at the top of the table.

Wolverhampton hauled back a 2-0 deficit to hold Chelsea to a 2-2 draw at Stamford Bridge last time out, ending a run of three consecutive Premier League defeats and keeping their faint hopes of securing European qualification alive. But with seventh-placed West Ham United five points away, another failed attempt to land all three points will crash Wolves out of the top-seven race for good. There’s not much reason for optimism in the home camp, especially given Wolves’ patchy home form that has seen them alternate between victories (3) and defeats (4) across their last seven Premier League games at Molineux. On the bright side, the ‘Wanderers’ have gone unbeaten in two of their three previous home league meetings with Man City (W1, D1, L1), all of which saw both teams score.

On the other hand, Manchester City capitalised on Liverpool’s slip-up against Tottenham Hotspur (1-1) at the weekend, extending their lead at the summit to three points, courtesy of a 5-0 home thrashing of Newcastle United. Pep Guardiola’s men go into proceedings in high spirits after winning their last four Premier League matches by an aggregate score of 17-1, netting 3+ goals in each triumph. Moreover, the ‘Cityzens’ have picked up a league-high 42 points away from home this season, going unbeaten in 16 successive Premier League travels (W13, D3) since a 1-0 defeat at Tottenham on Matchday 1. Man City have not conceded a single goal across their last five Premier League away matches and they are two clean sheets short of equalling the longest-ever run in the competition. 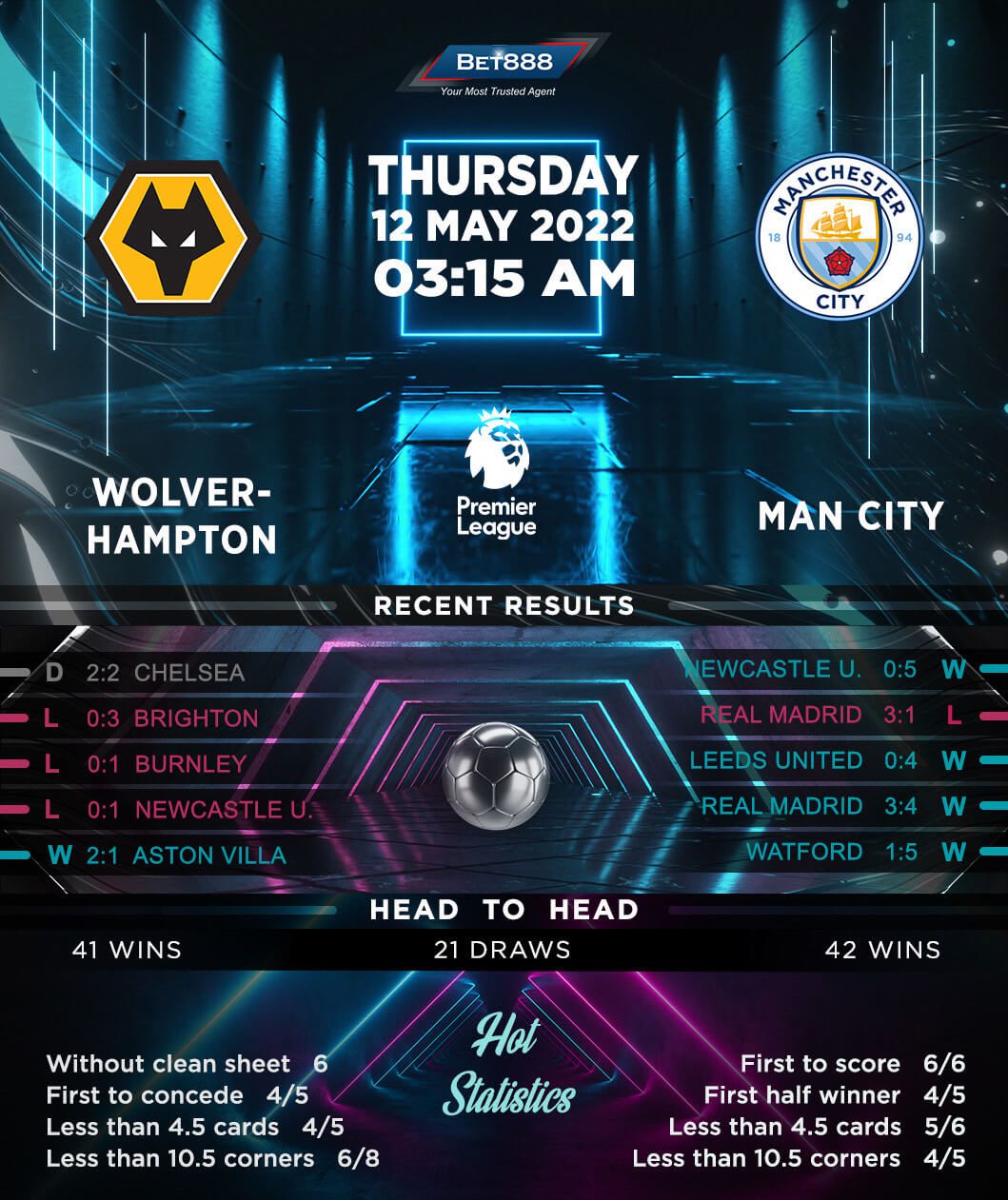