Wolverhampton Wanderers’ path to redemption under newly-appointed manager Julen Lopetegui commences at Molineux Stadium as they meet third-tier Gillingham in the fourth round of the EFL Cup.

The World Cup break has given Wolverhampton’s new boss Lopetegui a month to work on the training ground and properly assess his squad, with the ‘Wanderers’ going unbeaten in both mid-season exhibition matches against Cadiz and Empoli (W1, D1). However, Wolves capped off a disastrous pre-World Cup Premier League campaign with an underwhelming 2-0 home defeat to Arsenal, just days after dispatching Leeds United 1-0 in the previous EFL Cup round. Lopetegui’s first task as the new manager will be to improve his team’s embarrassing scoring record that’s seen them net a meager average of 0.53 goals per Premier League game this term. Nailed to the bottom of the standings, Wolves are hellbent on building momentum ahead of the league’s return on Boxing Day, starting with this midweek clash against third-tier opposition.

Since overcoming AFC Wimbledon in the inaugural EFL Cup tie 2-0, Gillingham have ousted the likes of Exeter City and Brentford via penalties in the last two rounds. The visitors have developed a reputation as ‘cup-competition specialists’ this season, most recently witnessed by their 3-2 triumph against Dag & Red in the FA Cup second-round replay match. That victory incidentally arrested their dismal run of four winless games across all competitions (D2, L2), setting them up nicely for this trip. But playing away from home has been Gillingham’s ‘Achilles Heel’ this term, as Neil Harris’ men haven’t won any of their last 13 competitive away outings (D7, L6 – 90mins only). Moreover, they’ve drawn a blank four times across their six most recent road trips. 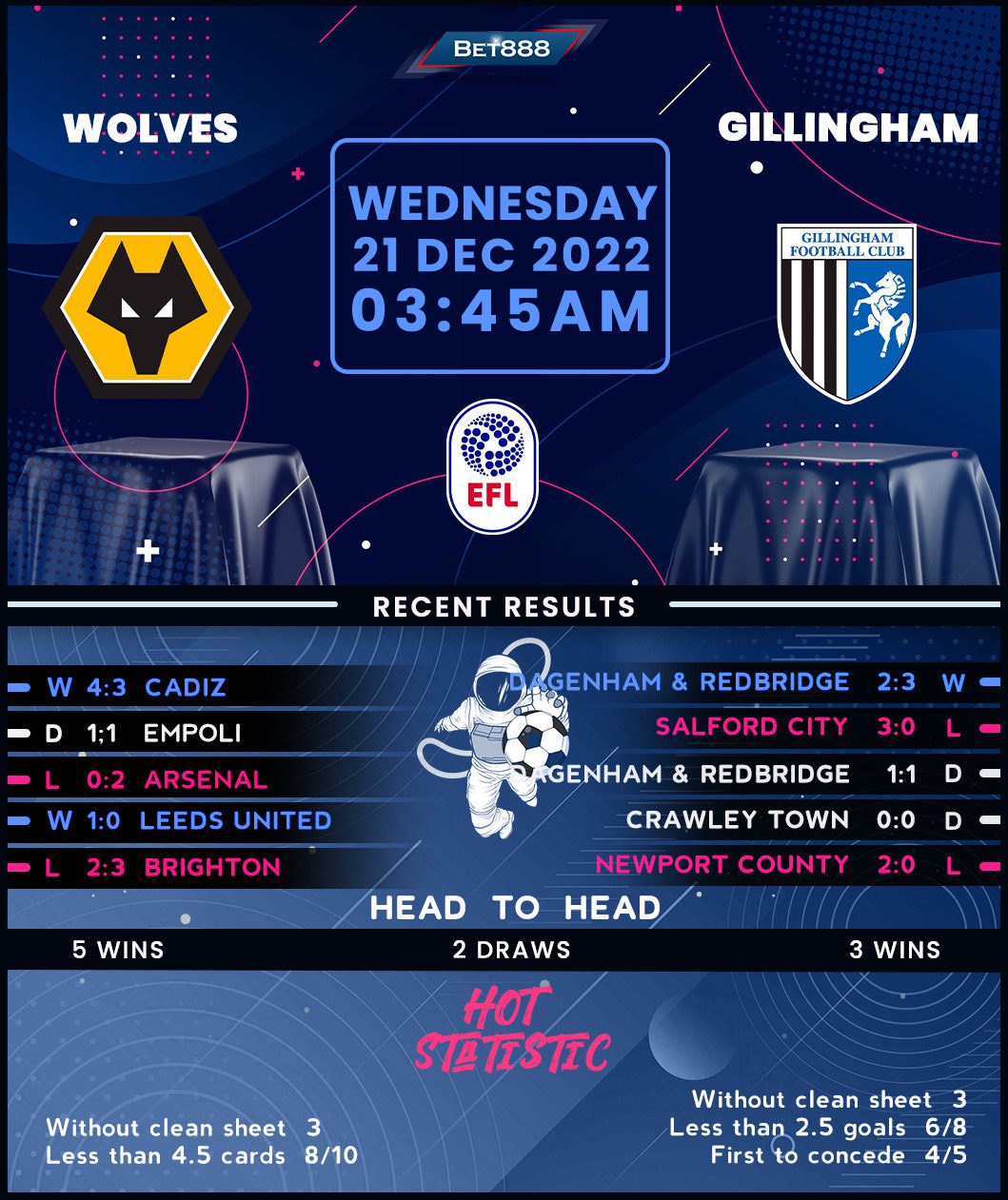