Volkswagen Arena forms the backdrop for a handsomely-looking 2022/23 Bundesliga opener between Wolfsburg and promoted Werder Bremen.

A narrow 1-0 win over third-tier outfit Carl Zeiss Jena in the opening DFB Pokal round launched Wolfsburg’s domestic season as they seek redemption following an underwhelming 12th-place finish last term. It will be up to new manager Niko Kovac and several exciting summer additions to turn Wolfsburg’s fortunes around this season. The upcoming clash against Werder comes in handy, with ‘Die Wolfe’ recording the second-most Bundesliga wins over this opposition (20) and netting more goals (86) against them than any other top-flight rivals. Furthermore, they have not lost any of their last four Bundesliga matchday one fixtures (W3, D1) and have registered seven wins in eight league meetings with newly-promoted sides since the 2021/22 season (L1).

Meanwhile, Werder Bremen bounced straight back into Germany’s top-flight, courtesy of a runner-up finish in the Bundesliga 2. last season. To start things off in the new season, they squeezed past Energie Cottbus 2-1 in the inaugural DFB Pokal round. But, Werder’s habit of underperforming in early stages of a new Bundesliga season has seen them go winless in their last seven top-flight openers. That could spell trouble as they bid to defy their balanced four-game H2H record at Volkswagen Arena (W1, D2, L1). Moreover, before suffering relegation in the 2020/21 Bundesliga season, Werder had gone winless in ten consecutive league outings (D1, L9). 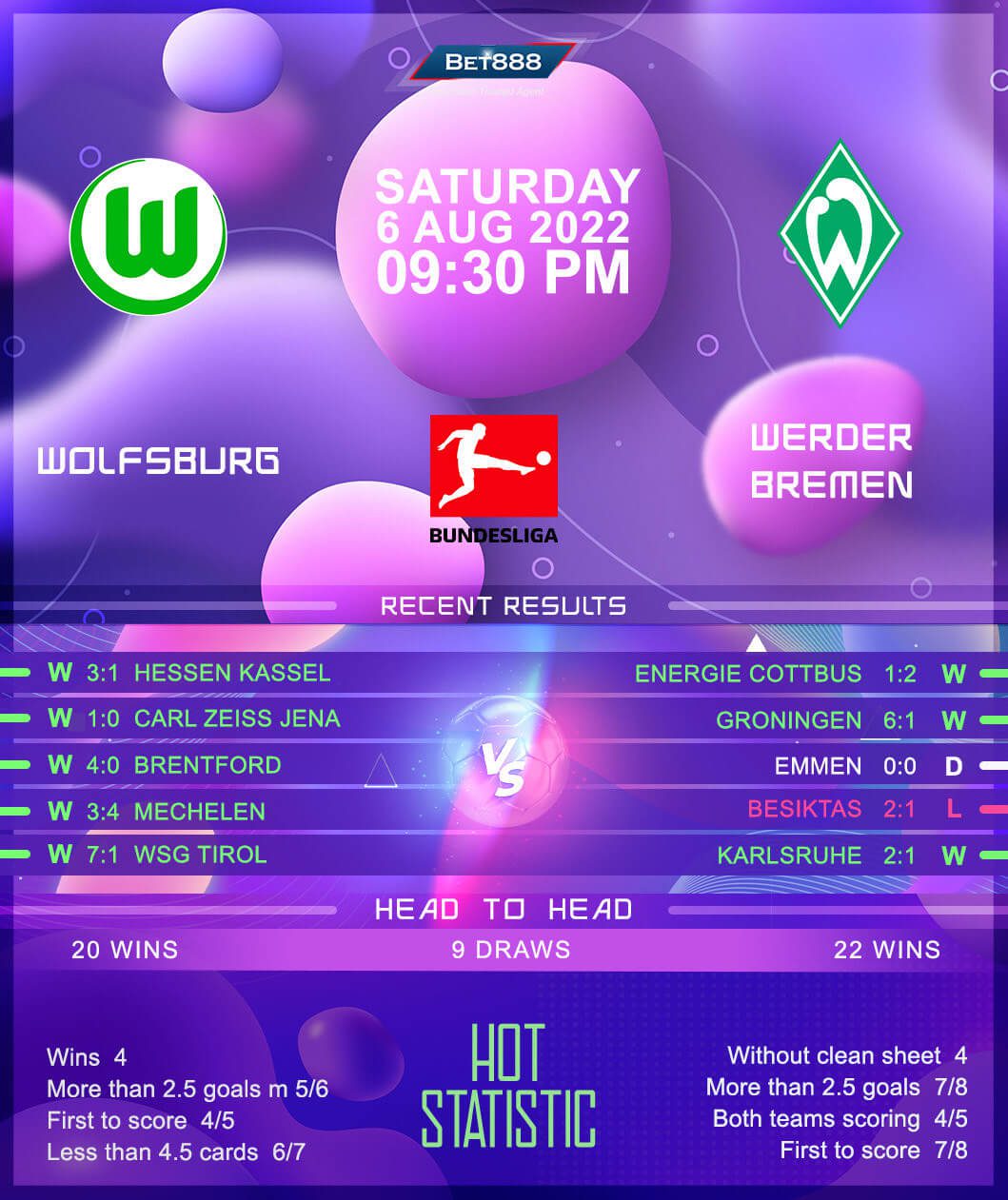