After narrowly missing out on a coveted Champions League finish last season, West Ham have been proactive in the transfer window. Out-and-out striker Gianluca Scamacca joined the ‘Hammers’ from Sassuolo in a mega-money deal as part of the club’s effort to put last season’s Europa League semi-final heartbreak behind them. Manager David Moyes will be keen to see his side fly out of the traps following an underwhelming ending to the 2021/22 season that saw West Ham go winless in six of their seven Premier League outings (D2, L4). After suffering defeats in their Premier League openers for five seasons running, the ‘Irons’ overcame Newcastle United last term and could make it two matchday one triumphs for the first time since 2013/14.

In the meantime, Manchester City’s sensational second-half comeback to beat Aston Villa 3-2 on the final day of last season fired Pep Guardiola’s side to their fourth Premier League title in five years and second on the trot. Eager to win three consecutive top-flight crowns for the first time in the club’s history, the ‘Cityzens’ head into proceedings unbeaten in 12 league matches (W9, D3). What’s more, Guardiola’s men haven’t lost any of their last 18 Premier League away games (W14, D4) since a 1-0 downing at Tottenham Hotspur in their 2021/22 curtain-raiser. Man City’s habit of spurning the points early in the season under the Spanish manager has seen them lose their opening Premier League fixture in three of the last six seasons (W3). 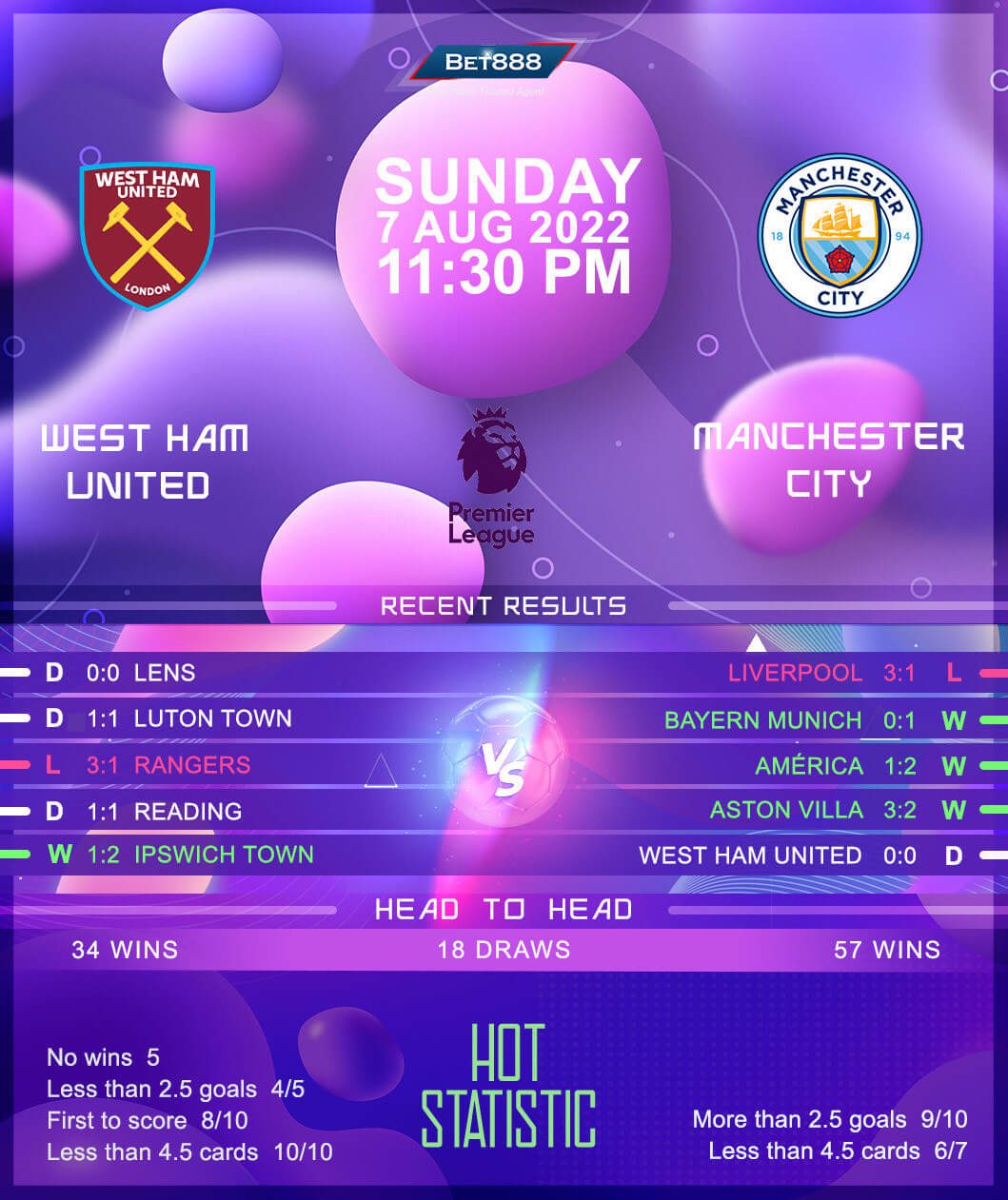